Located in Maui, Hawaii and designed by Dekleva Gregoric Architects, Clifftop House Maui represents several structures all connected under the same roof. This is where a windsurf sail designer Robert Stroj moved after living in Europe. It’s right next to the ocean and occupies an area of 250 m2 + 250 m2. 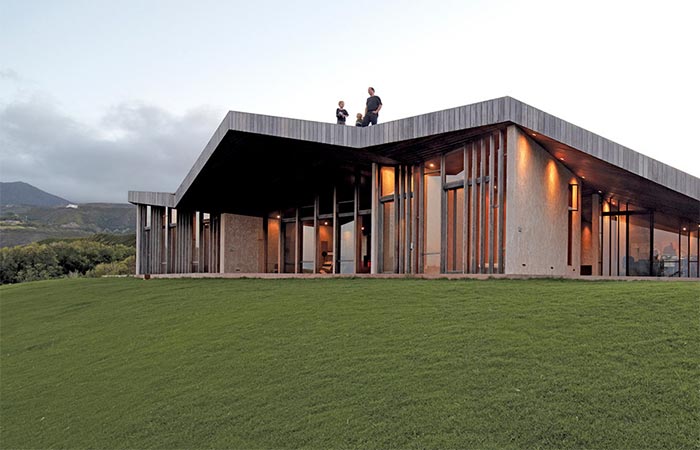 Clifftop House Maui is made for a windsurf sail designer and located in Hawaii. 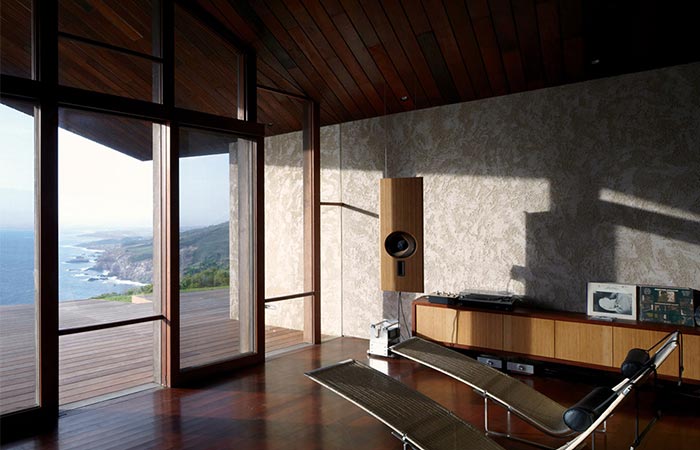 The structure is composed of several units, all under the same roof.

Each unit comes with a bedroom and bathroom, while the communal space between them serves as a cooking and lounge area. The idea was for the environment to play a role in the structure of the house and this is the reason why locally sourced materials were used. As for the roof, it was made for the hot climate and to withstand strong ocean winds. It is carefully folded in certain points so that it doesn’t seem like it occupies the area twice the size of the house. 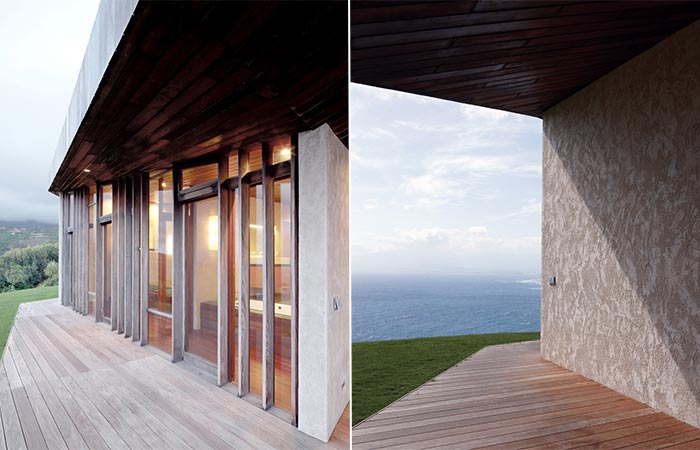 This residential home is located right next to the ocean and provides magnificent views. 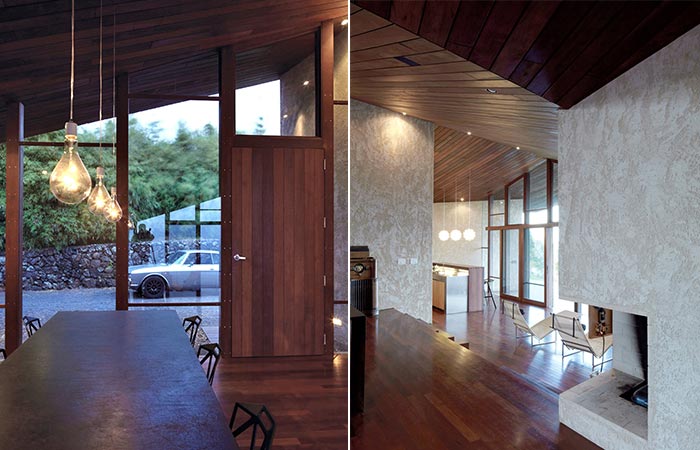 The interior is mostly made of wooden elements and bright colored walls. Each unit has a bedroom and bathroom, with the communal areas being in the middle of them.

Another interesting feature is the cross ventilation, meaning the house doesn’t need air conditioning. Thanks to its construction, the roof can serve as a sky deck where residents and guests can enjoy the nearby ocean view. The interior mostly has wooden floors and ceilings with large windows that let the natural light. 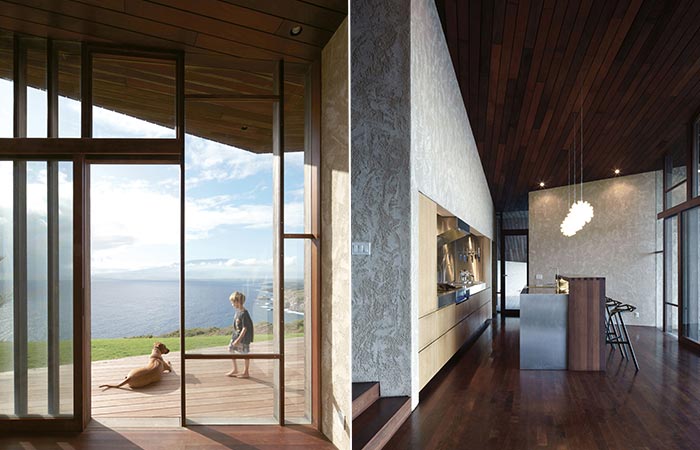 The house also features a wooden deck facing the ocean.