Modscape is an Australian company that produces prefabricated homes and after reading this text, you will realize that those are not common, but very innovative, modern and luxurious homes. Their latest product is the Cliff House.

Their house and other such as The Pole House, Baumraum’s Cliff Tree House or The House On The Cliff in Spain give a new meaning to the expression “living on the edge”. The idea of living on the edge of a cliff must be very scary to many people, but even if you have the fear of heights, you would understand really quickly that there is nothing to be afraid of, since the designers created this structure to be as safe as any other home.

The first Cliff House is placed above the ocean in Victoria, an Australian state. It is designed to resemble a natural extension to the landscape and hangs off the cliff. The view of it, just like the view from it is stunning. This 5-story dwelling is divided into 11 areas and the interior furniture is produced very carefully and is as minimal as possible, while the exterior is mostly made of glass, in order not to detract from the amazing view of the nature. You enter the house from the highest, 5th floor. It is the garage, which means you can enter it by foot or by a car. The garage is connected to the other floors with an elevator. On the other floors, there is a kitchen, a foyer, a living room, a bathroom, three beds in two separate rooms (2+1), a BBQ area, a spa and an ensuite. The structure gets smaller as it goes down, so naturally the highest level is the largest, but that is not a problem, because there is a lot of space in every area.

Modscape’s Cliff House definitely is one of the craziest places to live in, but also spending days in a home like this can make your every day way more exciting and awesome. If this is not enough, just imagine the faces of your friends when they see your house clinging to the side of a cliff. 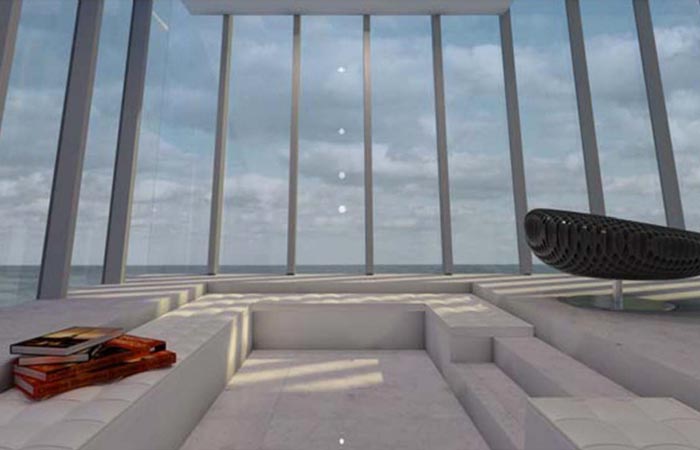 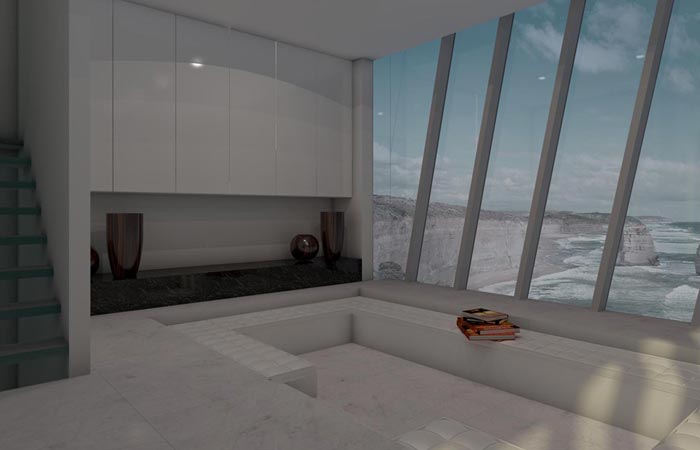 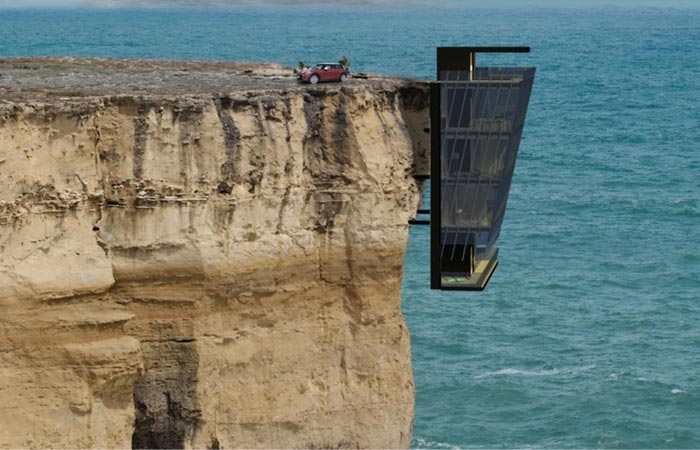 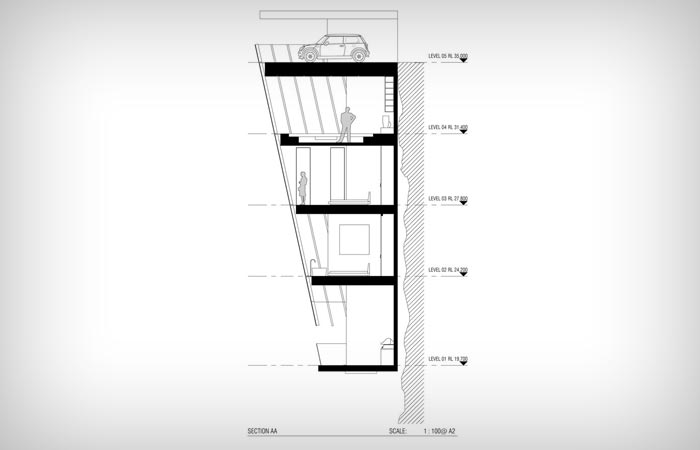