Casas Em Movimento is a project from a Portuguese firm and it means Moving Houses. The idea behind this project is to turn a house into an architectural sunflower that rotates in order to maximize the amount of solar energy it receives. This technology was developed at the University of Porto, Faculty of Architecture.

These houses have two axes of movement and will be able to rotate up to 180 degrees. Each house has a metal structure with integrated mechanical articulations. This will allow the house to track the sun but also residents to control the system. Besides the movement of the building itself, the photovoltaic roofing hood can rotate as well, up to 60 degrees. 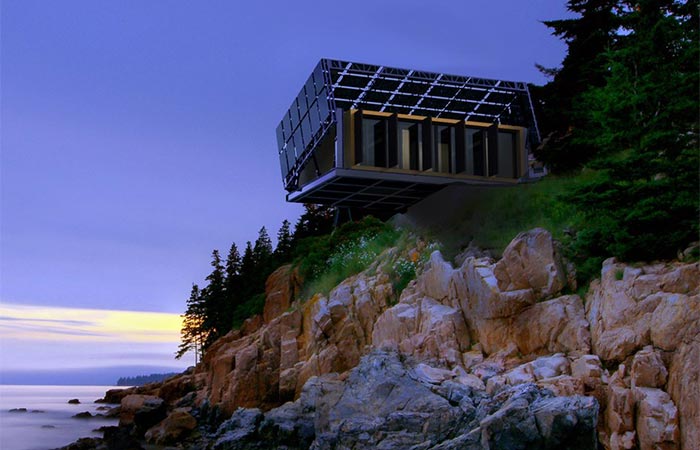 These moving houses rotate to maximize the effect of solar energy the panels receive.

This innovative system will be able to produce 25,000 kWh of electricity per year. Of course, there’s the question of electricity needed to power the movement of the house. In one day it will need as much energy as running six 60 W lights for an hour. These houses don’t have concrete foundations so they can easily be moved. 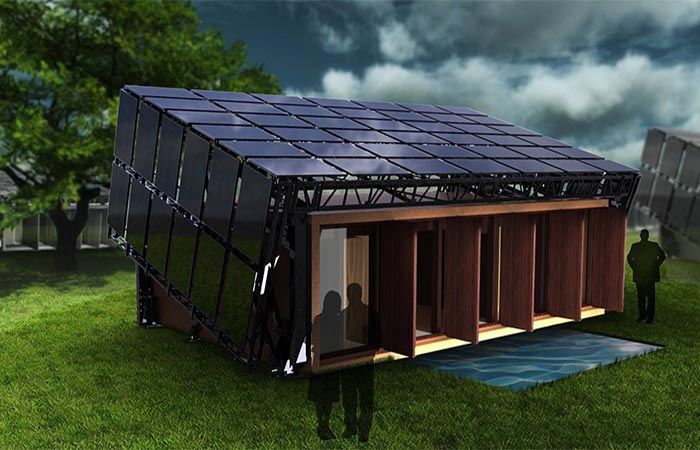 Both the building and the roofing hood can rotate.

In the summer, the hood will control the effects of light and shade to prevent solar gain and reduce cooling costs for about 80 percent. In the winter, it will do the opposite and maximize solar gain. It takes around 12 minutes to manually change the movement of the house. 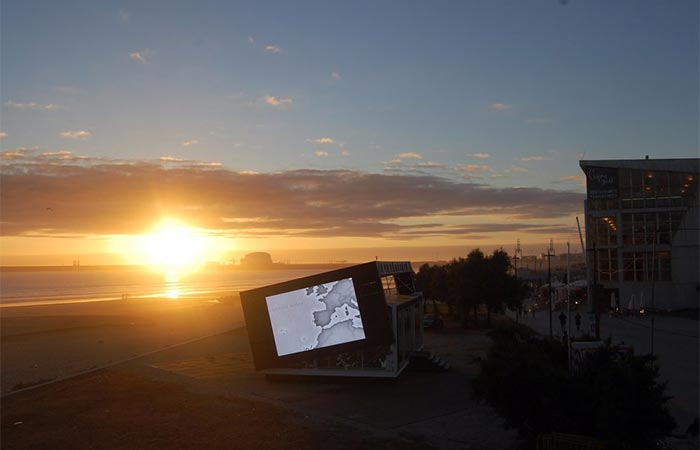 These houses can produce 25,000 kWh of electricity per year and they reduce the cost of cooling during summer.

Currently, this building costs 6,387 euros per square meter but Guilherme Silva, the man working on the project said that “Our long-term objective is to reach the same price for square meter as conventional buildings.” 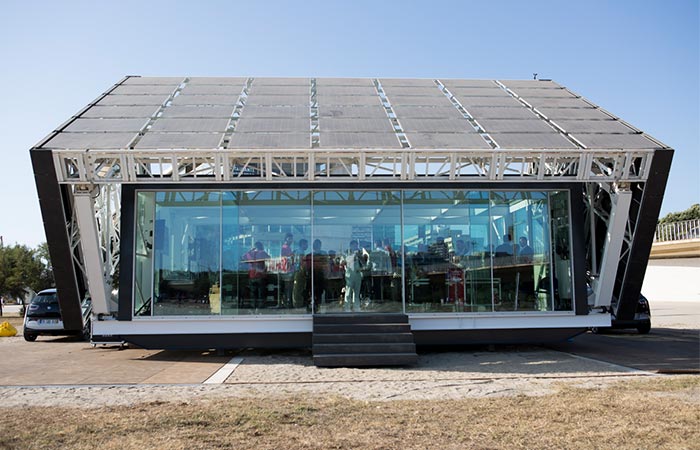 Residents can control the system and it takes around 12 minutes for it to rotate.

Check out this video to see the technology in action.