Modern architects can pleasantly surprise us with their forward thinking ideas and designs, but every now and then, they can downright astonish us with their work. This happens to be the case with OPA Works’ project called Casa Brutale, and from the images you see here, you can tell why. There are very few houses which have natural surroundings incorporated into their design, let alone houses which are actually and entirely incorporated into their surroundings. The finishing technique used in this project is called beton brut, which gave the name to the brutalist architectural movement and this house, but we like to think that the house is called Casa Brutale because it looks totally brutal. 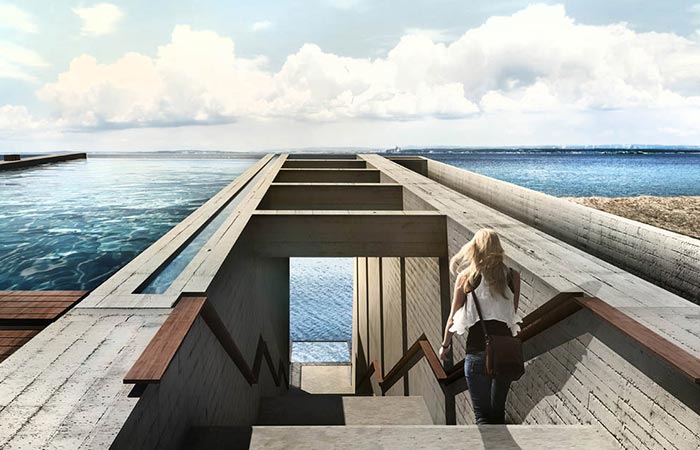 This monolithic construction offers a spectacular cliff side view of the Aegean Sea which simply and effectively enhances the awe inspiring qualities this house boasts. Even though this house is technically built under ground, well parts of it are, there is no lack of natural light in it. This is mainly due to the ingenious addition of a open swimming pool on the “roof” of the house. The pool is made from reinforced glass which, in a way, makes the home look warmer because of all the hard and dark materials used in the rest of its design. 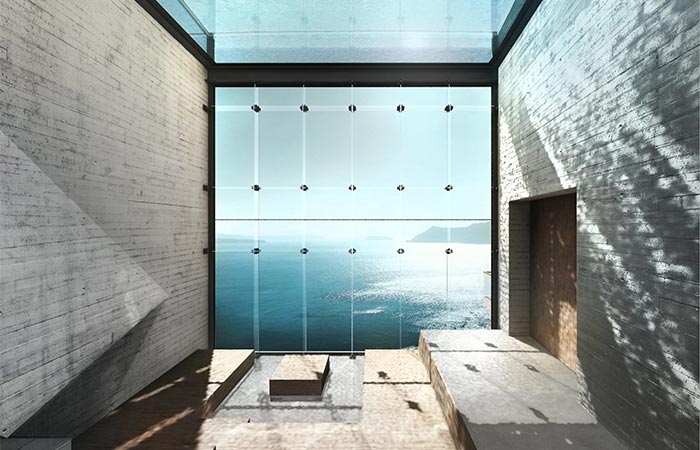 The interior of the house is minimalist in every sense of the word, from the concrete dining table to the concrete and wood benches around it. Right next to the bench a fireplace was put but all of the excellent interior design is dwarfed compared to the living room area because this is where you immerse yourself into the view of the Aegean Sea. 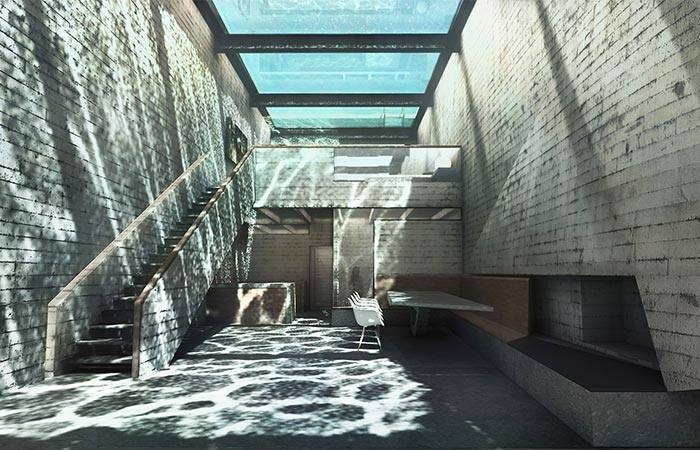 Telling someone that you live in a cliff might sound weird, but one look at this house will make any person alive want to check out everything this unconventional home has to offer. Casa Brutale entirely deserves the name given to it. 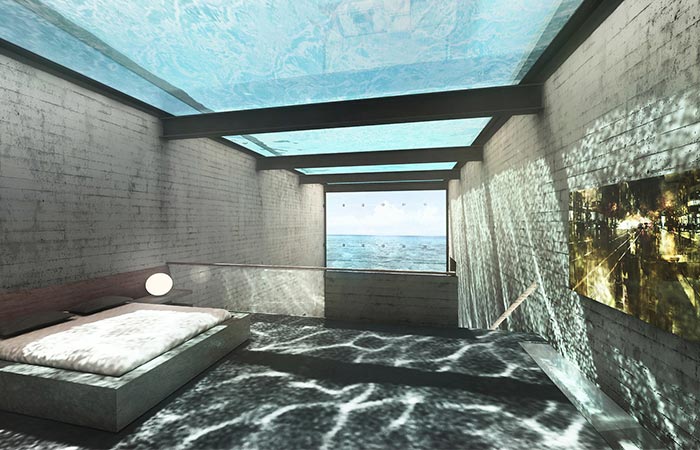 Although the house incorporates dark and hard materials, all the natural light makes it look warm and accessible