3D printers are cool: they start from scratch and build something out of – quite literally –nothing by a complex process of material layering. But there’s an even cooler device that achieves the same result through a reverse procedure, by carving something from a shapeless slab – and comes with a very befitting name Carvey. A crowdfunding project recently launched on Kickstarter, Carvey is the world’s first carving machine prototype that can reportedly create high-quality objects from a range of different materials, including metal, wood and plastic. And how does it actually work? Scroll down to find out more.

Conceived and assembled by hardware designer company Inventables, Carvey is a desktop-based rapid-modeling 3D carving device uses an advanced color-coded bit system and proprietary 2.5D Easel design software (but it can also work with regular CAD and 3D output control software) to create almost any object you can think of in a matter of minutes by a simple press of a button. Since Carvey comes 100% automatically calibrated, little or no setup is needed, which means you can start sculpting your designs as soon as you connect the device to your computer via USB port, click on the design of your preference in Easel software, insert the necessary material and push the ‘Carve’ button – as easy as pie. 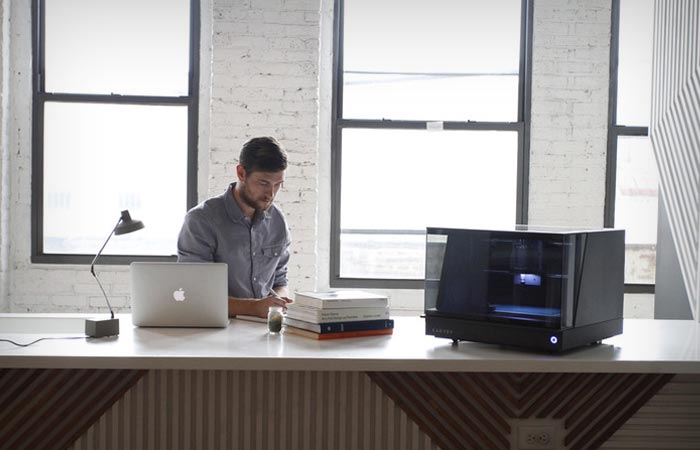 “In the past few years we’ve seen an explosion in 3D printing, and we believe that 3D carving is the next step. We are looking for the support of the Kickstarter community to make Carvey a reality. Carvey is for the maker in all of us, and we hope we can bring everyone the opportunity to create something exciting,” Inventables CEO Zach Kaplan says.

“People want to create their own products out of different materials, but there is nothing available on the market as affordable and easy to use as Carvey. We aim to make the process of making easier and more inspiring, in a way that considers the overall user experience – and we hope we’ve created this with Carvey.” 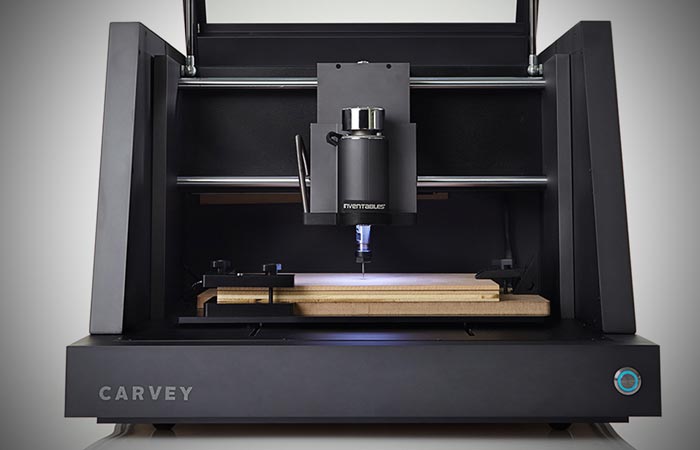 With spatial footprint measuring 24 x 24 x 18 inches (61 x 61 x 46 centimeters) and working platform sizing 12 x 8 x 2.75 inches (30 x 20 x 7 centimeters), all Carvey requires to operate computer-wise is a Chrome web browser and 64-bit Mac or Windows system, and it will take care of everything else on its own. The carving process itself is reportedly super-quiet so you won’t feel like you’re sitting next to a construction site as you’re modeling your desired objects in this unique CNC machine. Though it weighs a hefty 60 pounds (27kg), Carvey will not spoil the interior design of your home or office because it comes in the shape of a sophisticated tabletop device with noise-dampened aluminum housing and high-speed, extra-sharp milling bit for minimum carving noise during operation.

Built specifically for amateur and professional makers, artists, engineers, architects and designers, Carvey may just be that crucial next step in the evolution of 3D printing so make sure you check it out – if nothing, then at least for the sake of keeping up with the fast-paced print tech trends. And in case you like it but don’t want to wait for the official product release to get your hands on your next home-based modeling machine, go to the Inventables’ Kickstarter campaign, put in an early-bird pledge ($1,999) for Carvey and its accompanying toolkit and starter bit and expect your carving device some time in September/October 2015. watch video below