We are always on the lookout for amazing architecture designs, and we have one that is not only amazing, but unique in every sense of the word. From architecture company Anonymous comes a design which flips conventional designs upside down and gives you a home which has limited amount of  accessibility, albeit not to you, but everyone else. It’s called the Car Park House and it is located in Echo Park, Los Angeles, where its design gets further enhanced by the beautiful views of its surroundings. This house was built on a very steep hill slope which makes its inverted design very useful, because pulling in from the street places you on an unexpected place, the roof of the house which serves as a carport. 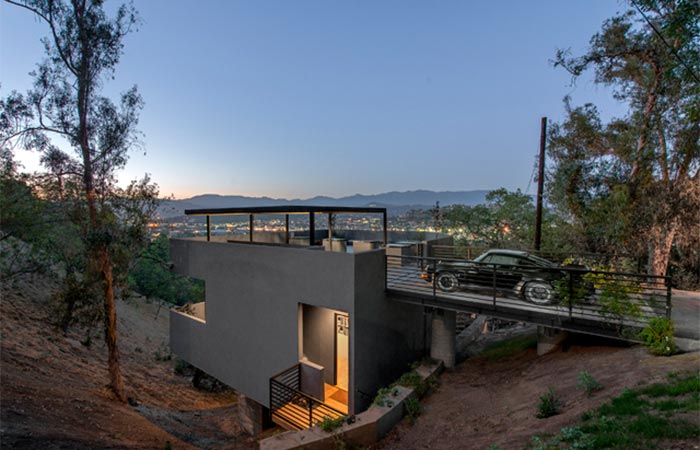 The roof/carport is big enough for two cars to park and and is accessible by bridge only and because the house was build on a steep down slope it has pillar as its foundation which makes the living area of the house seemingly float. This also gives the house a “natural” security measure, because any burglar will think twice before trying to gain access to it. 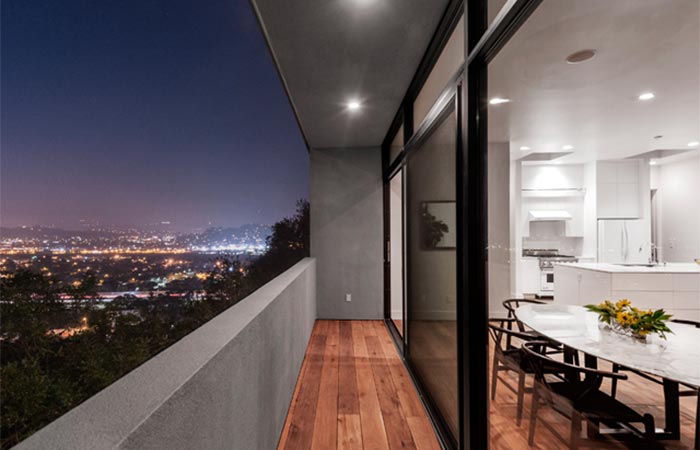 The roof can also be used as a deck, which gets even better after you check out the amazing view of the San Gabriel Mountain it offers. The living area of the house has several bedrooms, a small balcony and skylights which allow the entire house to absorb a lot of natural light, making it a warm residence. 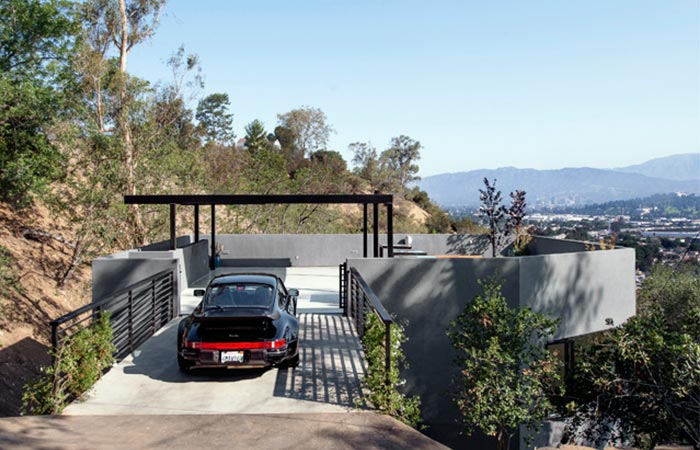 Anonymous prides itself on creating designs which have meaning and they make incredible efforts to make these designs as unique as possible, which is clear after taking one look at the Car Park House. [via]