In the world where the visual has become the most popular art form, photography professionals and enthusiasts are always craving more pixels, higher resolution, improved functionality and greater image stability. Well, the new 5DS 50-Megapixel Camera by Canon has it all, and in a stunning package too: one of the highest resolution full-frame digital single-lens reflex cameras (DSLR) currently available on the market, 5DS is a piece of dream gear for any photographer and it will certainly find its fans on the global camera market fast. 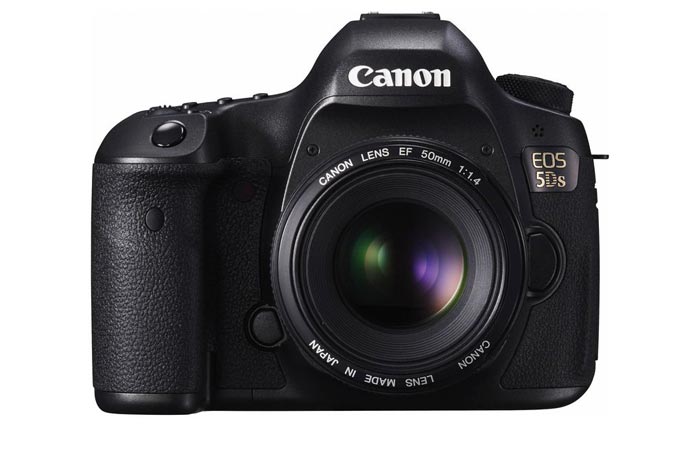 Featuring a 50.6-megapixel full-frame CMOS sensor, shooting capabilities of 5 frames-per-second for 14 RAW and 510 JPEGs pics and an impressive 100-6,400 ISO range (it can be additionally expanded to an incredible 12,800), Canon 5DS is a 35-mm-format DSLR camera outfitted with a 3.2-inch 1-million-dot ClearView II LCD monitor, advanced high-density reticular 61-point autofocus system with up to 41 cross-type AF points and EOS Intelligent Tracking and Recognition AF (iTR), a dual Digic 6 processor and an optical low-pass filter (OLPF), an updated USB 3.0 viewfinder display with 0.71x magnification and 100% coverage and a brand new 11-24mm f/4 L lens (reportedly the world’s widest-angle rectilinear zoom lens) for superior functionality, maximum ease of use and best possible image resolution. Also, a special mirror vibration control system with a user-selectable shutter release time lag has been paired with a reinforced chassis, baseplate and motor to minimize the impact of cam body shakes on image quality. For enhanced stability of use and crisp-clear photos, a convenient tripod mount was thrown in the package so you’ll be able to shoot your favorite objects and portraits from a wide range of angles and perspectives without major problems – and the Fine Detail Picture Style feature also lets you additionally adjust and sharpen your images and fine-tune the settings on the go. 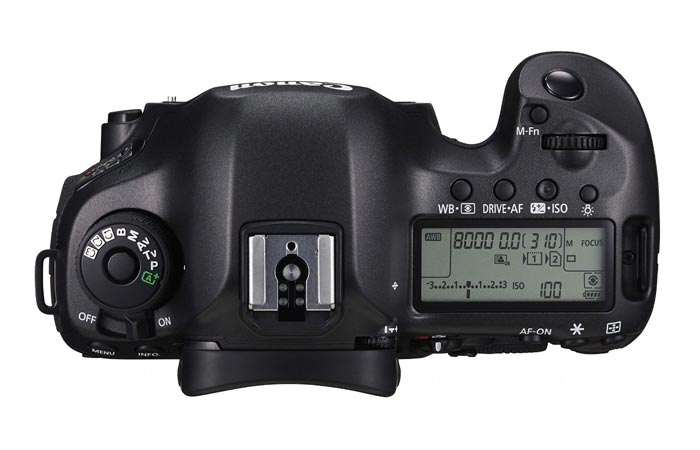 In addition to that, Canon 5DS packs an Anti-flicker capacities, a built-in intervalometer, bulb timer and the EOS Scene Detection System with a 150,000-pixel RGB+IR Metering Sensor for an enhanced facial and scene recognition and optimal recording in most light conditions. But that’s not all: the new Canon camera also comes with a handy crop function of 1.3x and 1.6x and a Custom Quick Control screen for maximum convenience and simplicity of use outdoors.

Thanks to its sturdy magnesium alloy build, 5DS will be able to survive a number of common camera hazards like dust and water, which is a feature most professional photographers will appreciate greatly. However, there are two major disadvantages to Canon’s latest release and these are found in the bad video quality (despite the full HD 30p movie recording feature and time-lapse movie capabilities, this is a camera for taking pics and not filming clips) and poor performance in low-light conditions due to high image resolution and humongous number of pixels. Though the spec lists notes that 5DS can capture HD 720p video at 60/50 fps and full HD 1080p videos at 30/25/24 fps, this DSLR is not a piece of gear for folks who prefer clips to images so you shouldn’t buy it if you need a piece of gear for footage recoding. In other worlds, Canon’s 5DS is a piece of gear for professionals in the landscapes, architecture, fashion and portrait photography world, and it can also be used when capturing pics to put up on advertising billboards or posters, while it would definitely be an overkill for an amateur photographer or videography enthusiast. 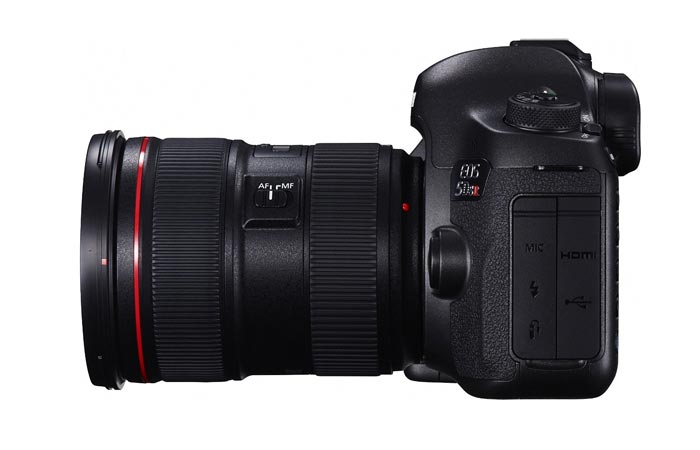 Memory-wise, 5DS works with most CompactFlash and SD memory cards and though it has no Wi-Fi capabilities, it boasts compatibility with Wireless File Transmitter WFT-E7 version 2 and Eye-Fi cards for less demanding file transfers. To move your image files onto your PC or printer, you can use the USB 3.0 digital terminal which promises fast and reliable data transfers whenever you need them most. 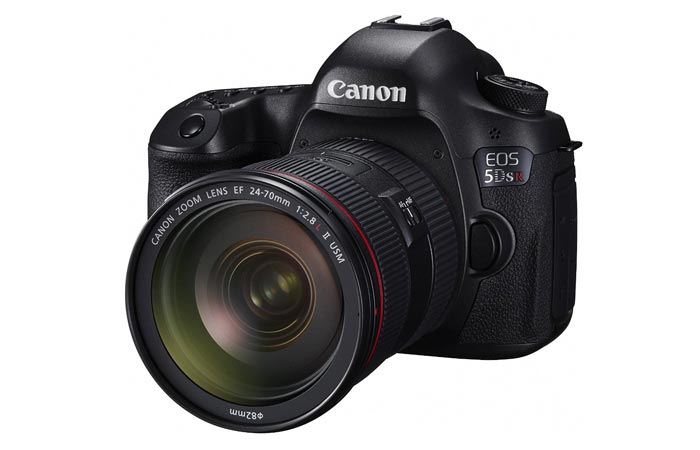 On top of the new 5DS camera, Canon released 5DSR, 5DS’s little brother which preserves most of the features of its sibling but does away with the anti-aliasing OLPF to make images sharper and minimize sub-pixel blurring. In all other aspects, 5DSR doesn’t differ from the 5DS, save for the slightly higher price tag (you’ll have to cash out an extra $200 for the OLPF-free cam). Both DSLRs should start shipping in June 2015, so keep an eye out on first delivery dates if you want to get your paws on a piece of Canon’s latest photography goodness.