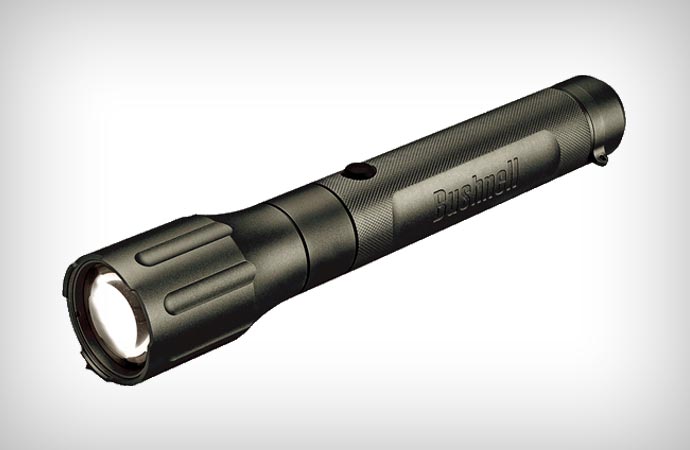 Hearing unusual sounds and noises when alone at night is not pleasant in the least, so this is the right time for you to whip out your Bushnell HD Flashlight. Unlike typical torches, Bushnell HD provides super-bright and evenly distributed square beams of light that will help you find your way in the dark, fish out your keys from that messy bag or chase away unwanted critters.

Slightly over 9 inches long and weighing 9.8 ounces without the batteries, Bushnell HD produces impressive 165-lumen output said to be as many as forty times brighter than the standard LED flashlight. Unlike the traditional lights which focus the beam on a spot in the centre allowing the light taper off at the edges, Bushnell guarantees equal degree of brightness from edge to edge, creating a sort of a tunnel vision in the dark. Packed in an aircraft-grade aluminum housing with gunmetal-colored hard-anodized finish, the torch is quite easy to operate. It has a secure grip and good balance in hand and it’s also claimed to be waterproof according to IPX-7 standards, which means it can even stand submersion in water to the depth of one meter for half an hour. 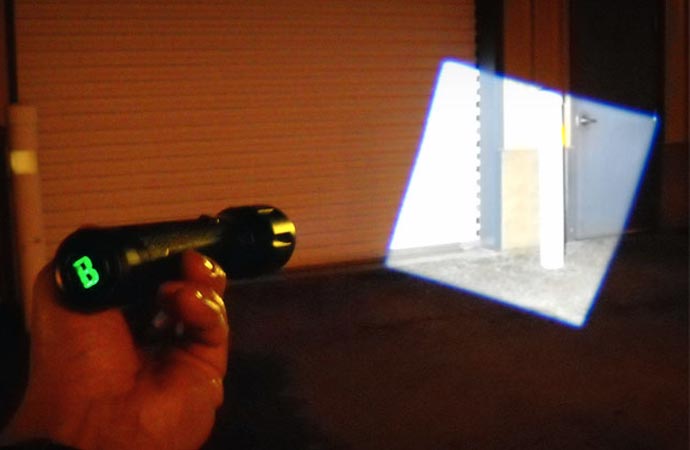 Compared to standard flashlights, another distinction of Bushnell HD is that it features two controls – the clicky power button on the flashlight tail cap which prevents accidental battery drain, and a mode selector switch on the handle which toggles the output from light on to strobe to off. A nice extra featured on the power button on the torch shaft is the a Find-Me glowing letter B which also serves as the battery life indicator and glows green when the battery’s good, changing to red some ten minutes before the light runs out.

Bushnell HD runs on two 3-volt CR-123A Lithium batteries which provide some 90 minutes of continuous run time and can be bought in bulk for a dollar each. All in all, Bushnell HD is compact, simple, durable and extremely powerful. So, what are you waiting for? Grab yourself a piece of extra light to keep the night at bay! watch video below 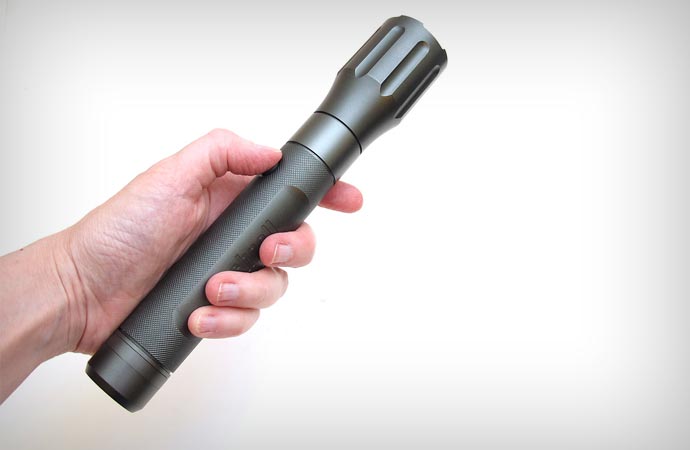