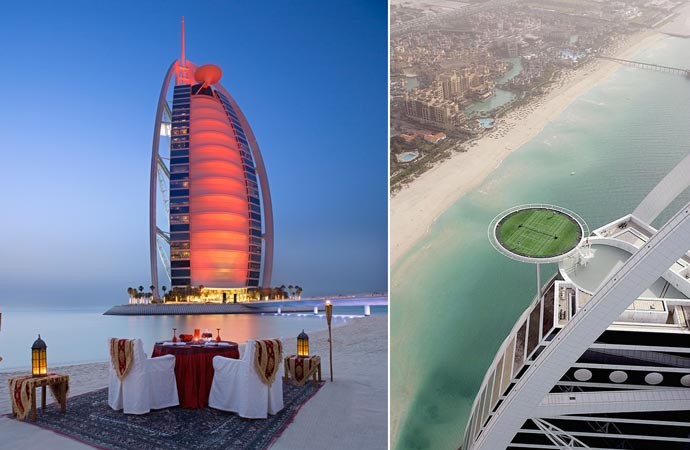 First of all, the people from the hotel or the company have never said the Burj al Arab is a seven-star hotel, mostly due to the fact that there is no such a thing as a seven-star rating. The highest official rating is Five-Star Deluxe, and this is the rating that the Burj al Arab holds. The whole seven-star talk was initiated by a British journalist who visited the hotel and found this the way to describe the experience in short. So, not one mark over the highest existing one, but two.

And this is such a place indeed. The place is packed with the utmost luxury in any segment. The site of the hotel is an artificial island, built specifically for this purpose, with its own slightly curving bridge whose shape coincides well with the sail like construction of the hotel itself. Additionally, Burj al Arab is currently the fourth tallest hotel in the world.

The hotel has 28 floors, housing 202 rooms accessed with the help of 18 elevators. Every suite of the hotel is top notch and even the smallest one has the area of 1,820 sq ft. The design of the rooms is also plush, obviously influenced by eastern cultures, but with strong inflows of western elements, creating a luxurious and beautiful mixture that will leave everyone stunned. And the service is at the same level, with DUX sleeping mattresses even in the cheapest room (which will still set you back a five figure amount of US dollars) and a personal butler. 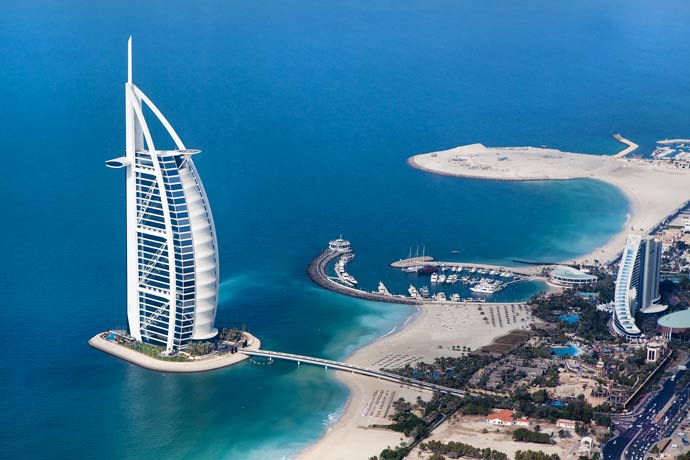 Bird’s eye view of the hotel

Time spent outside the rooms will be well spent in one of the hotel’s 10 bars and restaurants, each with a different theme and atmosphere. One of them – Al Mahara – is accessed via a submarine and features a large aquarium filled with exotic fish and visible from every part of the restaurant. The cuisine is, clearly, dominated by sea food dishes. From the depths of the sea, using the panoramic elevator, you can rocket to the height of 660 feet and visit the Al Muntaha that provides amazing views of Dubai and the Gulf to be enjoyed along with the various European dishes. Al Iwan features Arabic cuisine and is a great place for an intimate meal.

So, the Burj al Arab. Modern exterior, palace-like interior, ultimate luxury, great setting and loads of features make this gem more than a simple hotel. It is a tourist attraction in its own right, a hotel that you need not leave for the entire time of your holiday and a clear triumph of luxury over practicality. watch the video below 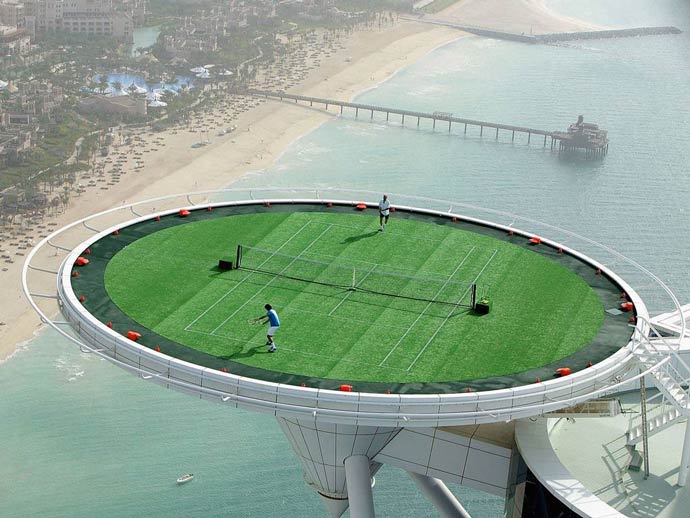 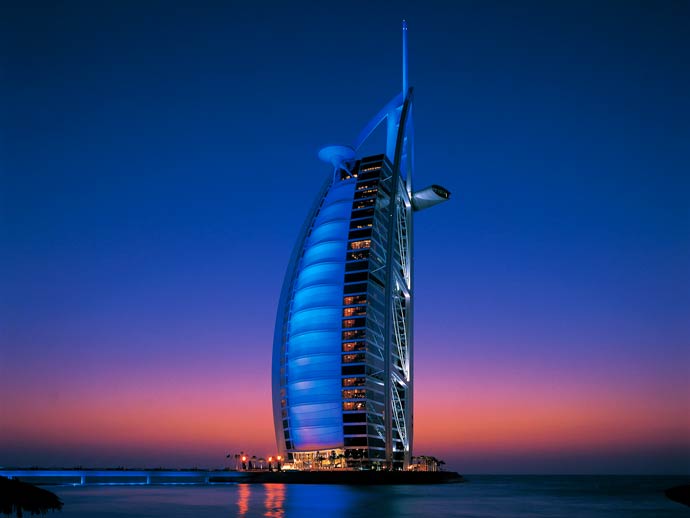 The Burj al Arab at night 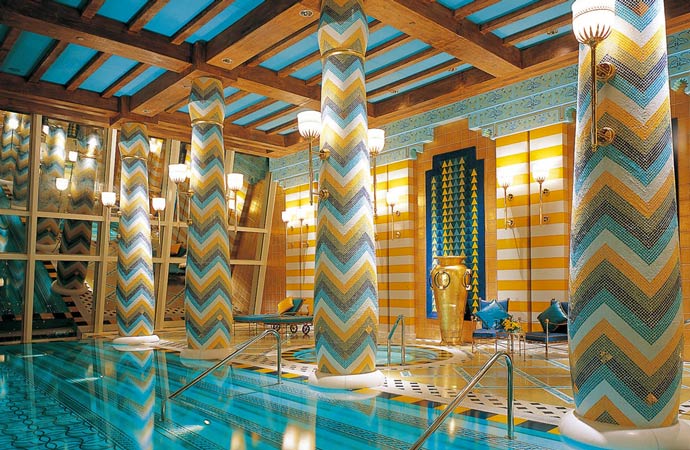 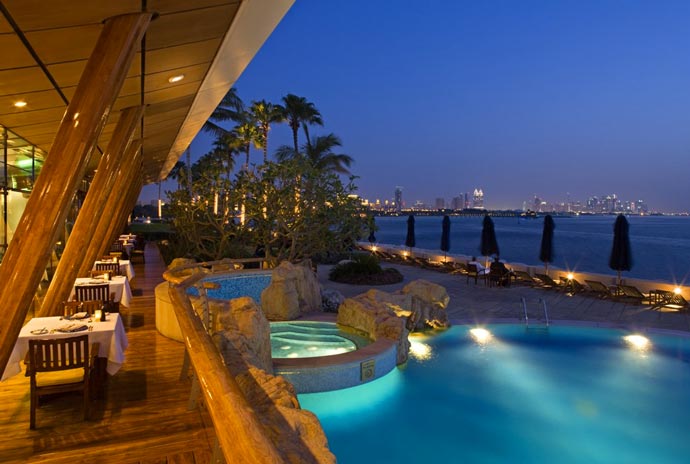 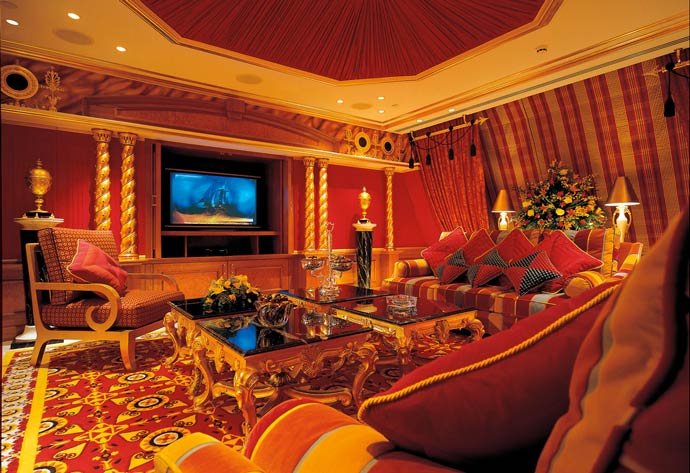 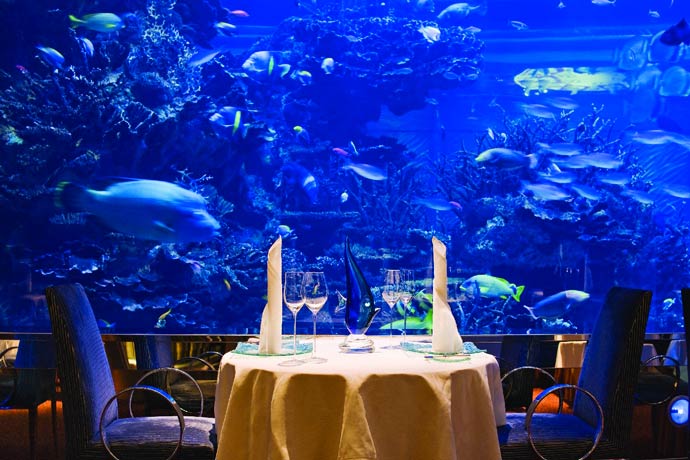 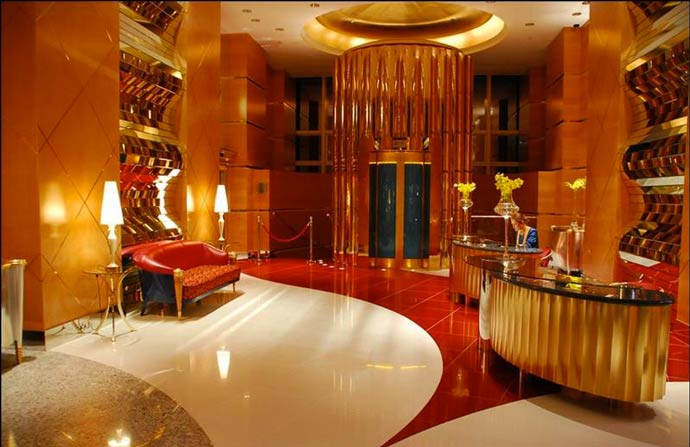 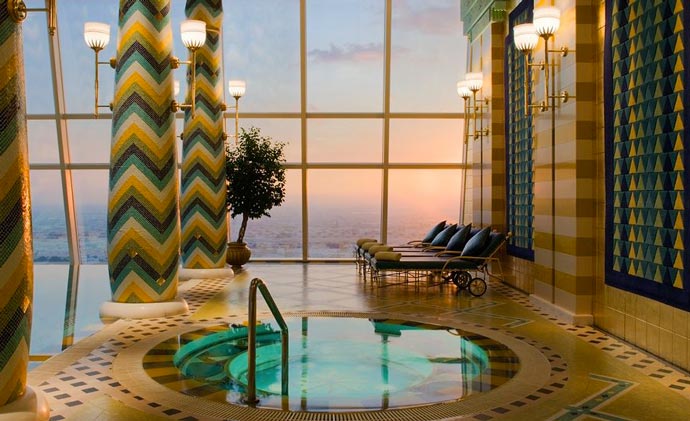 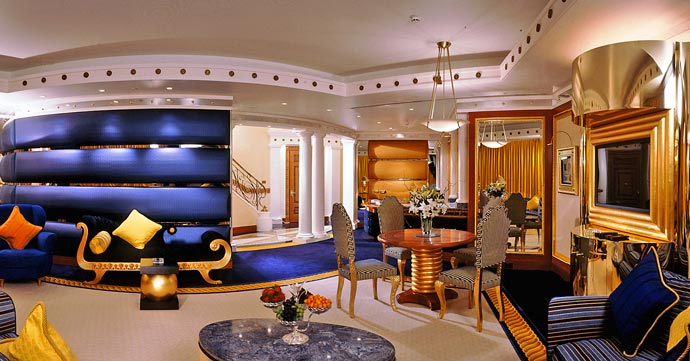 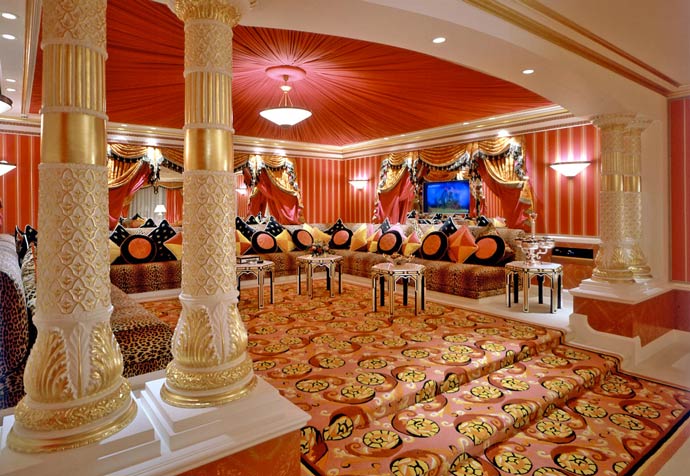