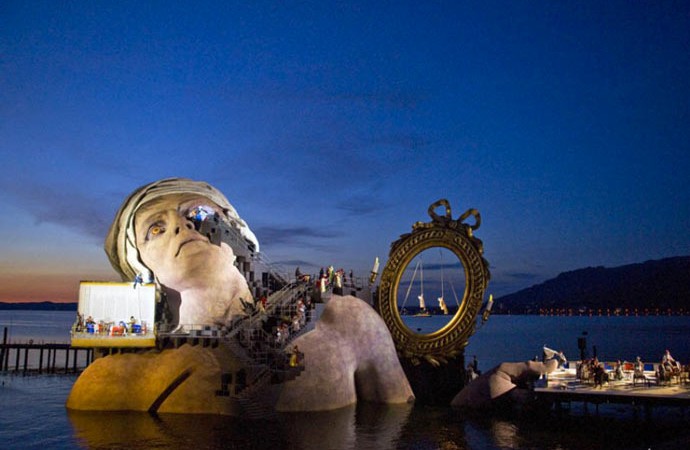 Whether you are a fan of the opera or not, we absolutely recommend that you visit the Bregenz Festival at the wonderful Lake Konstanz in Austria for the sheer aesthetic experience of it. A portion of the Festival, titled ‘The Opera on the Lake’, is held on an out-of-this-world gigantic floating stage which cannot be seen anywhere else in the world. The Festival is held every July and August in the town of Bregenz, Austria.

The Bregenz Festival was founded in 1946, and the first performance (of Mozart’s ‘Bastien et Bastienne’) was staged on two barges moored on the lake. 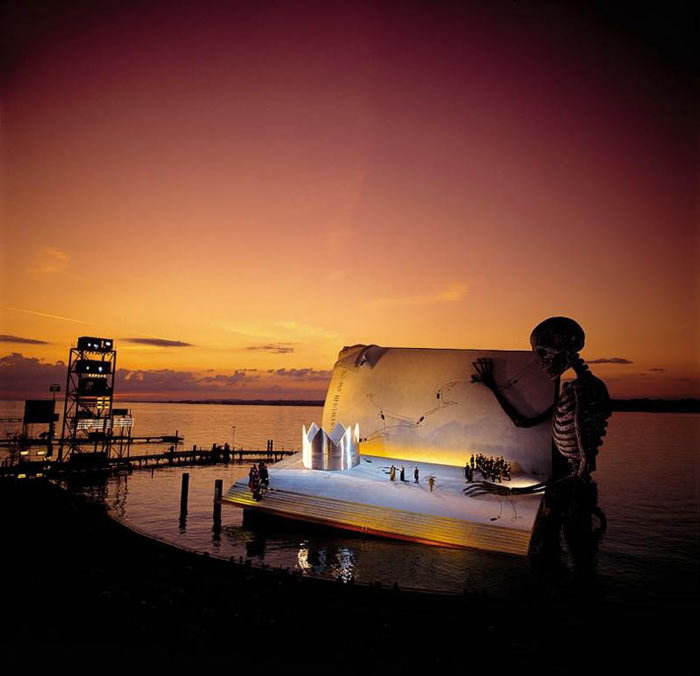 Today, the seating capacity of Seebühne (‘lake stage‘ in German) is 6,800. Each year, a new floating stage is built, and a new opera performed here. In 2007, the producer and director of the James Bond movie ‘Quantum of Solace’ Mark Forster was so fascinated by what he saw at the Festival that he decided to spend ten days here, filming a scene where James Bond meets his archenemy for the very first time during a performance of Giuseppe Verdi’s opera Tosca. 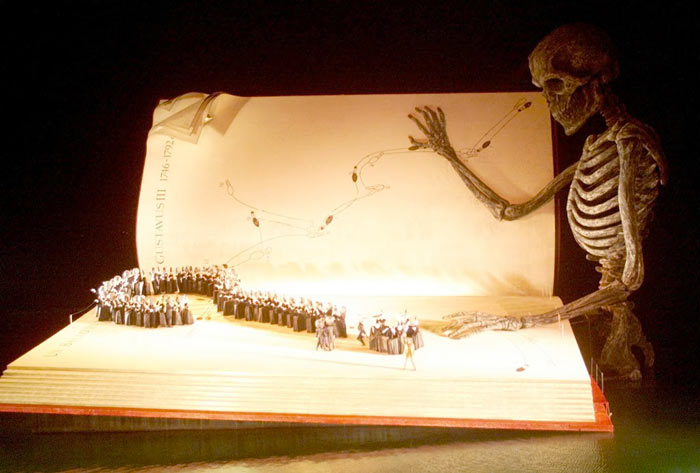 Here are a few interesting facts about the Festival’s floating stage. The stage has a pit for the Vienna Symphony Orchestra, machine rooms and costume & dressing rooms. It has to be at least 2/3 bigger than the average stage for it not to blend in with the natural surroundings. The stage also has to be visible from the back rows of the amphitheatre. Since it floats on the lake, it has to weigh as little as possible so no heavy materials are used in building its steel-based sandwich construction. An amazing piece of engineering indeed….

After watching ‘The Opera on the Lake’, you can continue with your cultural resurgence by visiting the Kunsthaus Bregenz art centre, go sailing on the Lake Constance, take a trip to the island of Mainau, climb Pfänder Mountain or go hiking in Bregenz Forest. watch video below 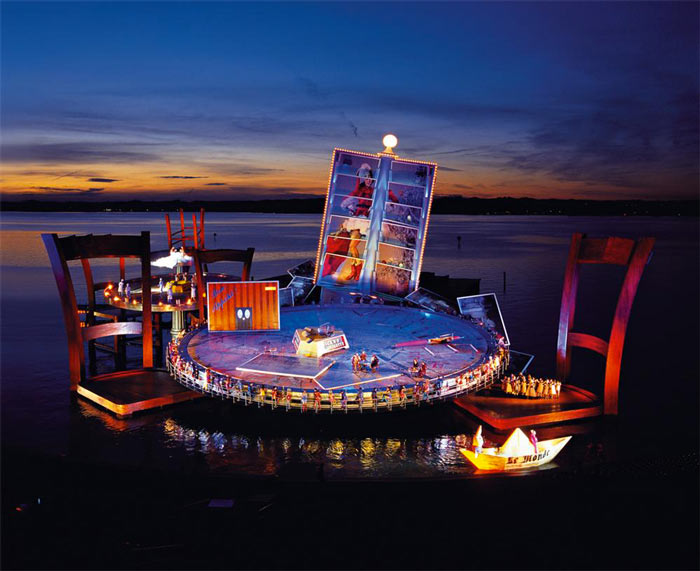 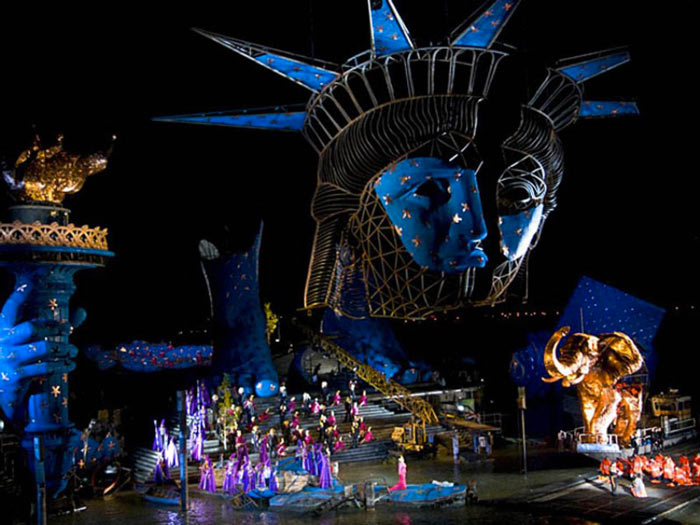 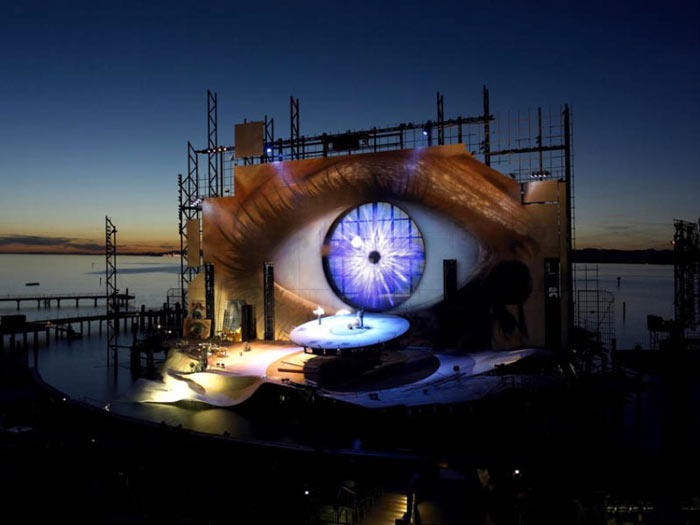 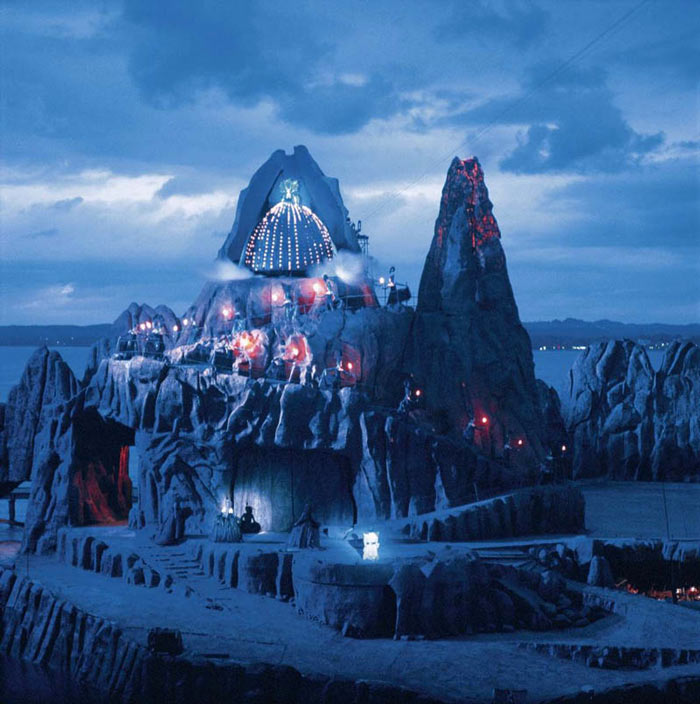 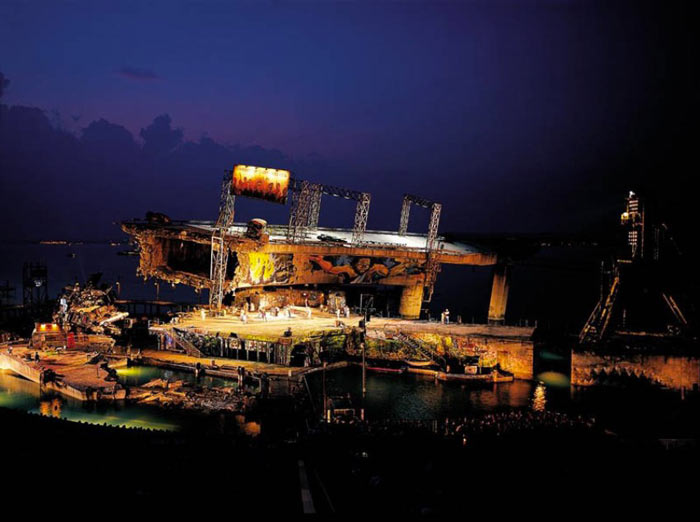 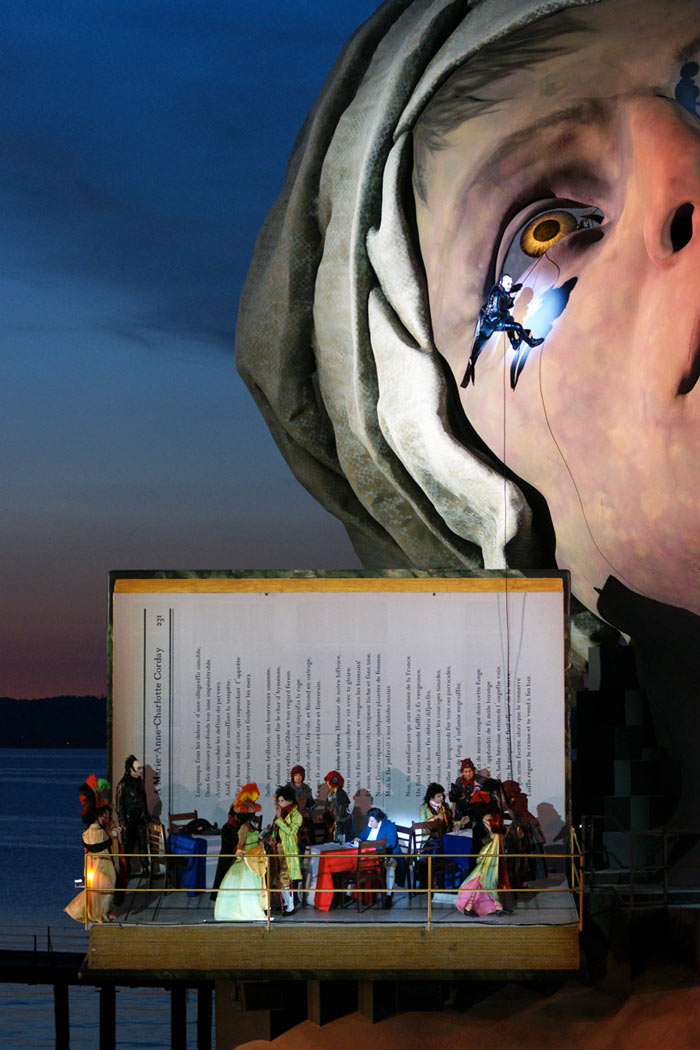