If you surveyed 100 TV viewers and asked them what was their favorite TV show, we bet that a vast majority of them would say ‘Breaking Bad’. Why? Because despite its bizarre storyline about two unlikely meth cooks, this critically acclaimed show is absolutely compelling to watch. And do we have a treat for all of you who are enthralled with the show and also all you chemistry geeks! It is Respect the Chemistry Mug inspired by ‘Breaking Bad’.

Made of borosilicate glass which is also used for making laboratory dishes, Respect the Chemistry Mug is a durable light-weight cup that has both imperial and metric markings. Designed by Cool TV Props, this one-of-a-kind mug features one of the most memorable quotes by Walter White, a.k.a. Heisenberg (played by Bryan Cranston in the show) – “Respect the Chemistry”. Wouldn’t you say that this is a fantastic gift for chemistry teachers and students, Breaking Bad’s devotees or any budding scientist?

The mug has a silk-screening imprint which won’t fade or chip since it was fired at an incredible temperature of 1,200 °F. The cup’s markings measure up to 12 oz (or 350 ml), but the cup itself can take 13.5 oz (400 ml). It is microwave and dishwasher safe, as well as heat and oven proof. The holiday season is fast approaching so put this mug on your ‘to buy’ list. We are confident that you have at least one Breaking Bad fan in your home. Oh, yes! Last but not least, always remember to “Respect the Chemistry”! 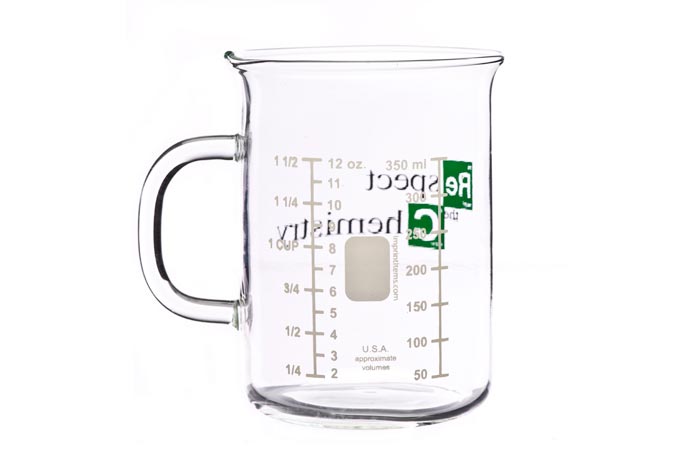