Finding a premium quality Bluetooth speaker on the growing market of wireless sound systems is not as easy as it may seem – there are tons of innovative speaker sets that boast versatile features, original design and unparalleled performance but most of these work excellently only until the manufacturer warranty expires or don’t do half as well as the flashy ad has it. But that’s about to change with the latest release by the trusted audio equipment manufacturer Bowers & Wilkins – with the new T7, you certainly get your money’s worth of rich and clear audio inside a slick and compact speaker box. 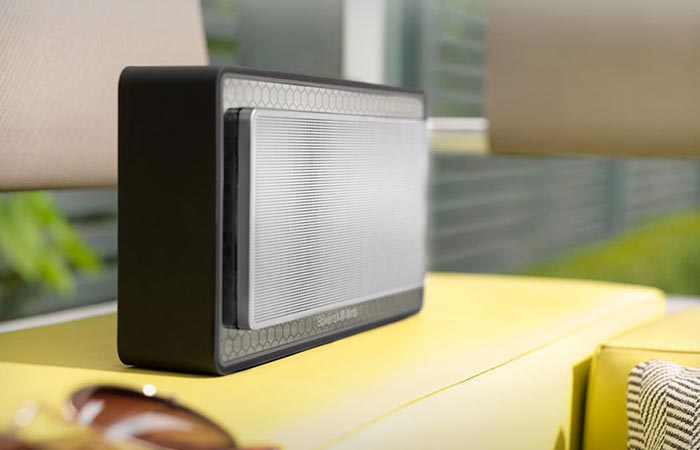 The first Bluetooth speaker released by the famous UK company, the T7 uses the Bowers & Wilkins Micro Matrix technology with an elegant honeycomb structure for added cabinet rigidity and minimum vibration and sound distortion during playback. On top of that, the T7 packs twin patent-pending force-canceling passive bass radiators (found on the speaker’s front and backside) which aim to extend low frequencies and deliver an enhanced sound range with improved audio richness and depth. Add to that the two highly optimized 50 millimeter glass-fiber drivers for all-round optimum playback quality, sound-enhancing Bluetooth aptX support for clear and high-definition streaming and high-end DSP and onboard DACs for clean and room-filling output even at the highest of volumes, and what you get is some mind-blowing and ever-reliable Bowers & Wilkins performance to please the most demanding of picky audiophiles. 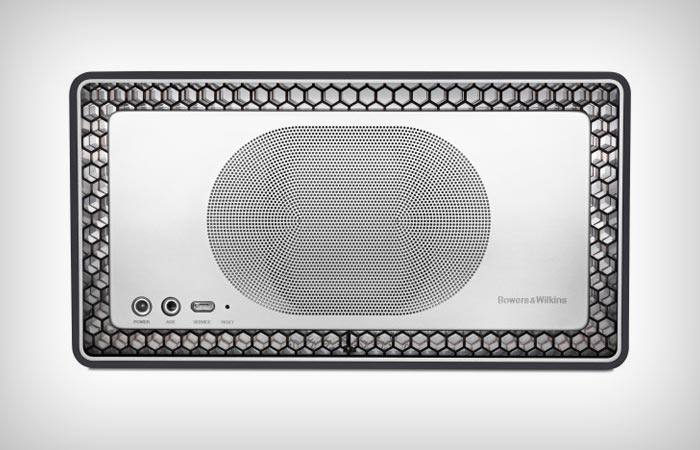 As far as source devices go, the T7 will work with literally any Bluetooth-streaming source (PC, tablet, laptop or mobile phone) and it can also play music from an audio component connected via a 3.5 millimeter jack. The manufacturer promised to throw in some intuitive light signals and cues for basic playback functions, coupled with minimal buttons to keep the speaker exterior slick and elegant. And last but not the least – in its first high-end Bluetooth speaker, Bowers & Wilkins included a powerful rechargeable battery that can provide up to incredible 18 hours of wireless playback on a single charge so you won’t have to stop the party every now and again and replace the flat battery pack. Weighing approximately 2lb, the T7 Bluetooth speaker should hit the shelves in late October so make sure you place your order ASAP. 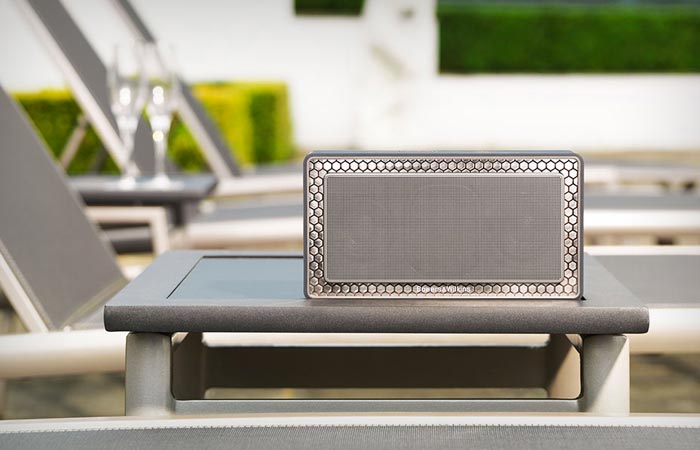