Back in 2012, art and design collective called Boa Mistura started transforming the streets of Sao Paulo, Brasil. The name of the project is ‘Luz nas vielas’ and the idea was to connect the residents and create paintings in alleys throughout the city. The paintings are anamorphic, meaning that when viewed from a specific angle, they spell different words. After finishing words like beauty, pride, strength, and love, now they have two more – the purple ‘poesía’ and green ‘magica’.

Favelas are narrow alleys and the artists wanted to make them both unique and unified. They painted everything in one color, from fences, walls, and floors to windows and doors. The artists explained:

It is in these streets where you get to feel the true life of the hood, where it truly makes sense to include people, to create change. This project aims to be a colorful shout in the middle of a brick ocean, in which life is on the edge. Usually municipal authorities turn their back on the outskirts, which we often get to know because of the infamy from the media. We as urban artists have to reverse that process of negativity, because the favela does not have to be a synonym with violence, because life in this place is more intense and real, because: there is no purest and most sincere poetry, than the one that comes from the favela. [via]

Check out more pictures below. 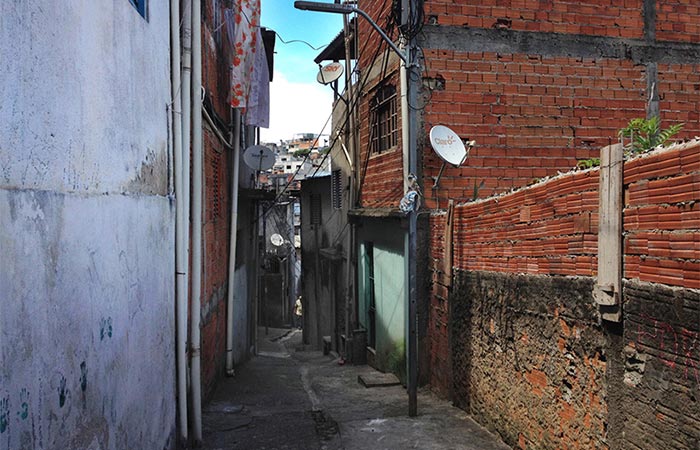 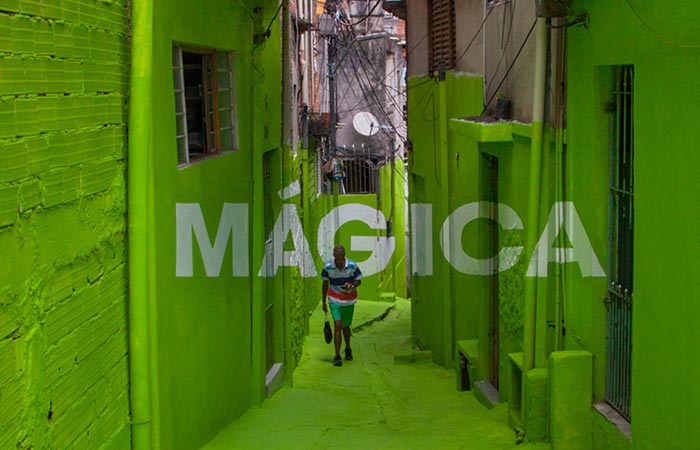 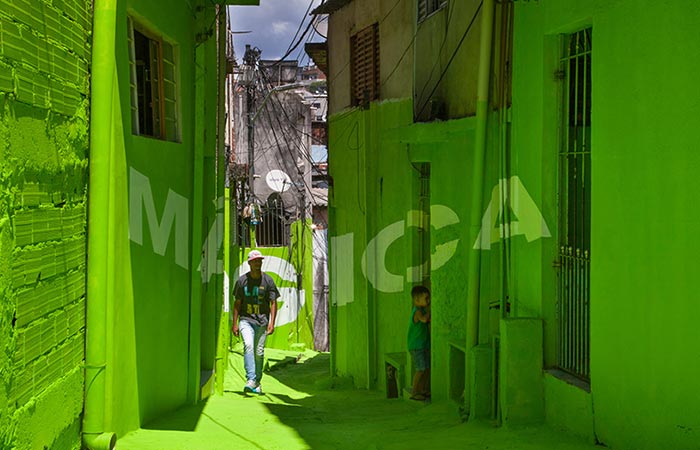 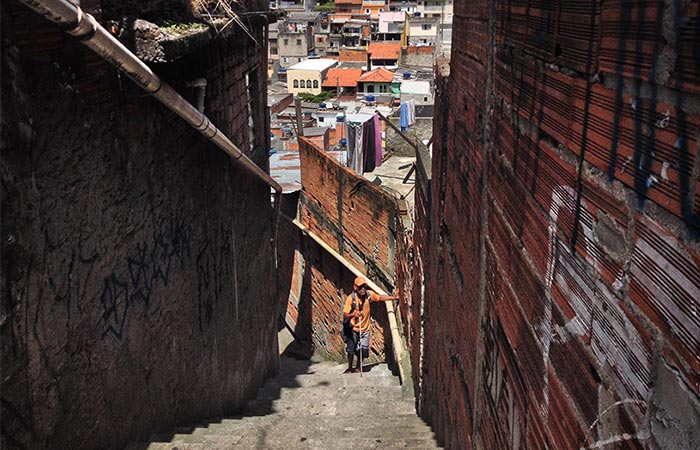 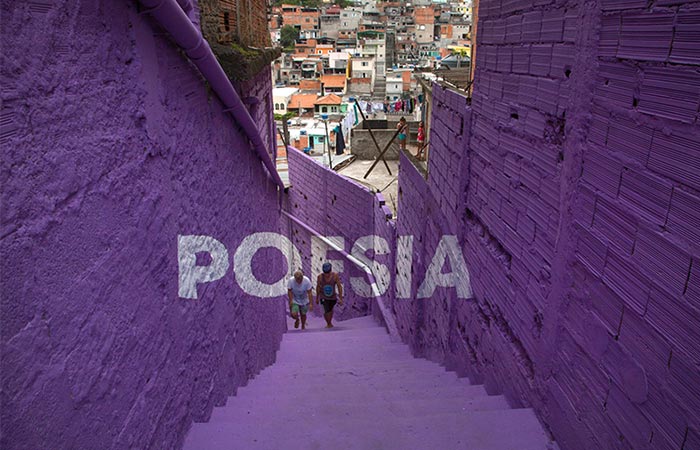 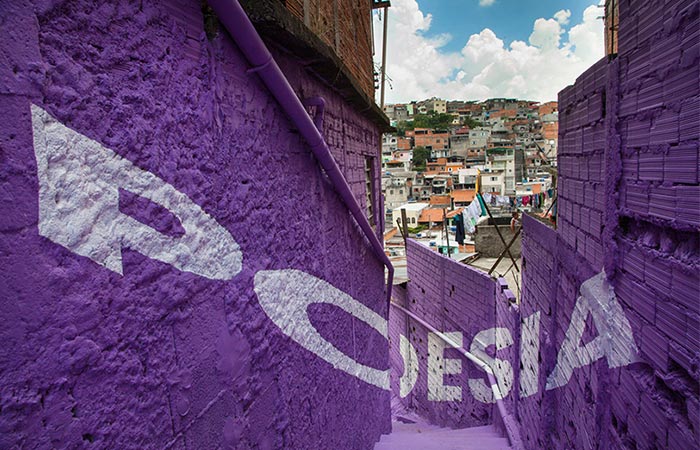