Many custom-made motorcycles are getting quite a lot of recognition these days and the case is no different with this model that we’ve prepared for you. Bavarian Fistfighter is a redesigned version of the BMW R nineT and it’s made to look modern and aggressive. This bike was reformed by Winston Yeh from the Rough Crafts.

Bavarian Fistfighter has a bit of everything in his intimidating look. It’s an interesting combination of a vintage BMW look and a modern motorcycle. It’s bulky and completely black. It’s fair to say that it belongs right beside the Batmobile. Regarding the built itself, this bike is featuring some parts that look like the ones BMW used during the 70’s and 80’s, like the fuel tank for example. So that’s the secret behind this vintage look. 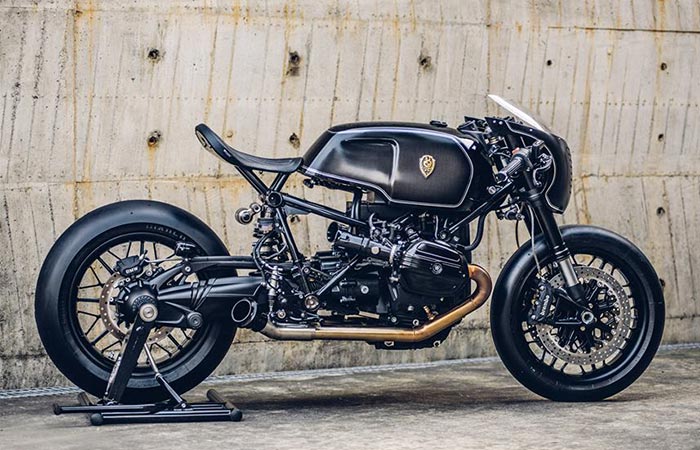 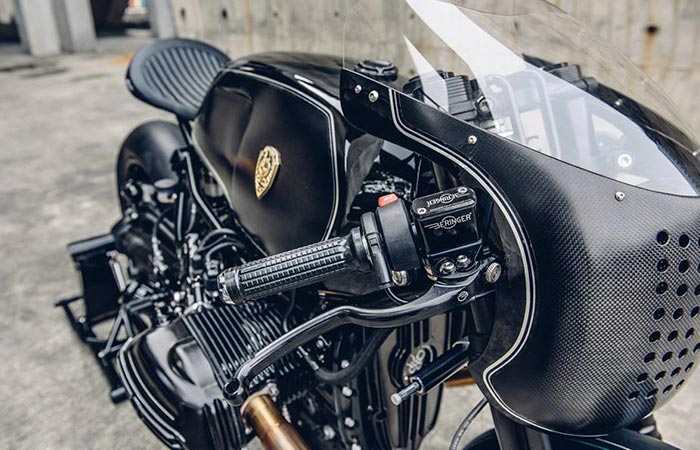 This bike is completely covered with black paint except the logo on the fuel tank and exhaust pipe.

On the other hand, when it comes to electronics, the Bavarian Fistfighter is equipped with modern essentials such as fuel pump, electronics box and battery. The maker, Winston Yeh said that he was inspired by many BMW models when he was customizing this one. The nose fairing for example was completely inspired by the classic and iconic R 90 S model. The solo seat was inspired by the vintage BMW models from the 1950s but this one has been wrapped in beautiful black leather. 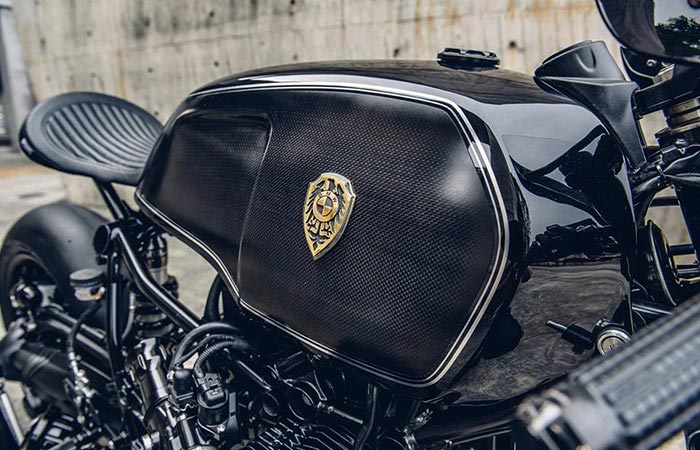 The Fuel tank was inspired by the ones made during the late 70s and early 80s.

Regarding the engine, Bavarian Fistfighter is packed with the 1170 cc boxer twin engine that can produce up to 110 horsepower. Makers from Rough Crafts left the engine completely naked in order to achieve the mighty look. As we said earlier, the bike is completely covered with black paint except the logo on the fuel tank and exhaust pipe. 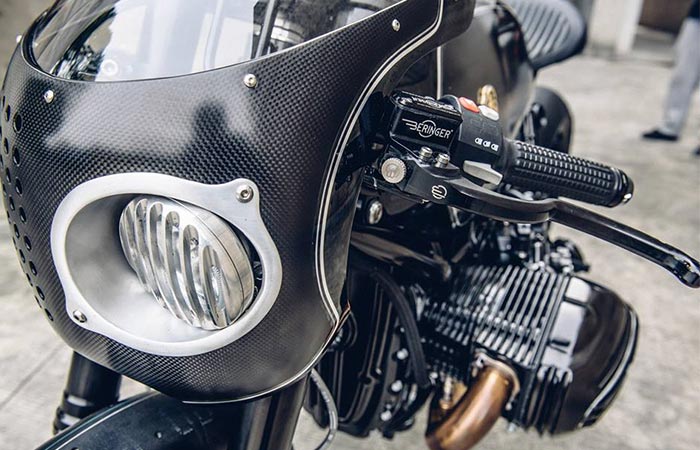 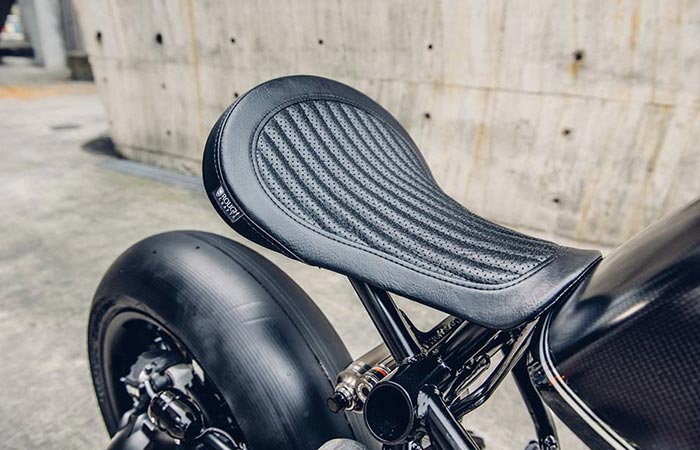 The leather seat was inspired by the seats from the models made in the 1950’s.

The wheels are entirely new. They were made by the people from Rough Crafts and their look was inspired by BMW ‘snowflake’ rims so they fit perfectly into this design. This bike also features some custom-made and reliable 330mm brake discs. Wheels are wrapped with Diablo Superbike slicks made by Pirelli Taiwan. Bottom line, this Bavarian Fistfighter is a classy and aggressive combination of the vintage BMW bikes and a modern day motorcycle. [via] 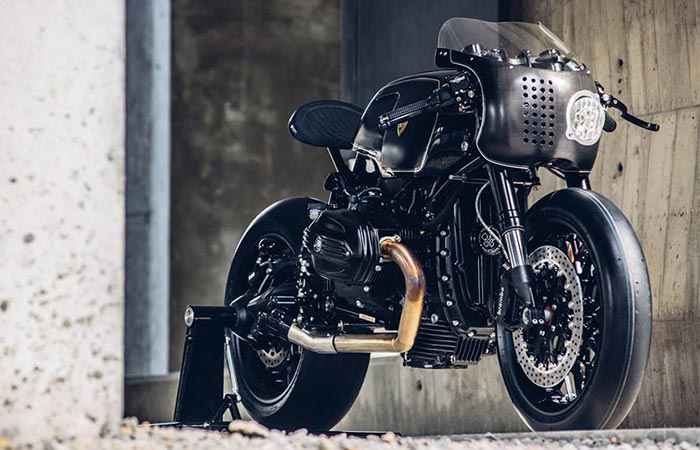 This bike also has some custom-made 330mm brake discs.