The new BMW Central Building by Zaha Hadid Architects is quite similar to the BMW 3 series vehicles, which are made in this very place – it’s elegant, practical and smooth-curved. Located in Leipzig, Germany, with the total area of 25,000 square meters, it has absolutely everything that’s necessary for these magnificent cars to be produced, as well as for their admirers, who can visit the factory and watch the whole production process.

The design development was completed in August 2002, and the project was finished in May 2005. The project resulted from a competition, in which Zaha Hadid won the Pritzker Prize.

Working on the BMW Central Building, the designers had the idea of creating a unique connection between the vehicles, the employees, and the public. The design of the plant allows all the stages of production to be observed, so the visitors can actually watch their favorite cars produced – something that is not very common. 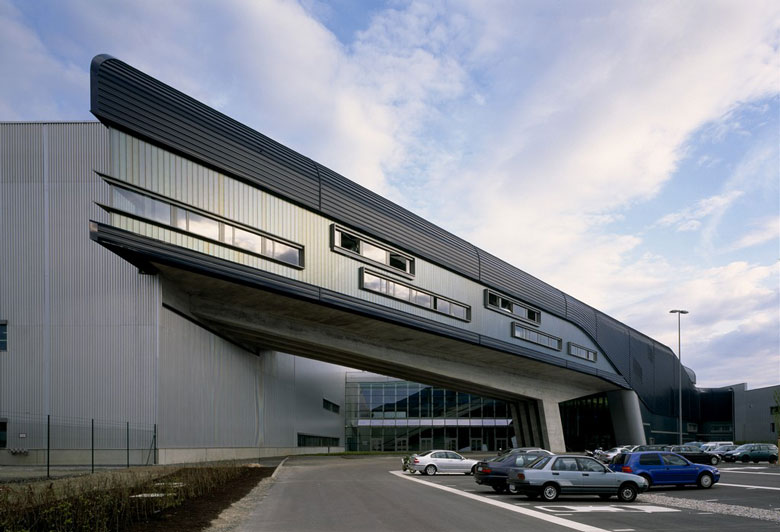 The way to the central building leads through the parking area (4,100 spaces) and under the office section. This department, made of massive concrete, links two hangars, and looking from the outside, reminds of a bridge. The entrance to the building leads to the large hall, in which, above the heads of the viewers, car shells slide as if at an exhibition.

The central building is connected with all three main production sectors of the factory; Body-in-White, Paint Shop and Assembly. Inside the building there is a large open space, where the offices are set, from which car shells can be monitored, while they slide on conveyors. Each shell is illuminated with dark blue light, at the end of each stage.

Besides offices and production areas, within the plant a laboratory, a canteen, and a showcase are placed.

The ground floor and the first floor are connected with two staircases, which create a large gap. One flight of stairs starts in the public lobby and leads through the forum to the center of the building, and the other one reaches from the office area to the space where the entrance can be clearly seen.

As already mentioned, using this kind of a design the goal was to provide the connection between cars, workers and the public, as well as to erase the boundaries among employees with different job positions. As a matter of fact, they became transparent between blue collar and white collar workers.

No wonder Zaha Hadid’s team of architects had the honor to design the factory for this famous German car brand, because the Germans are well-known for their affection for practicality, quality and design. watch video below 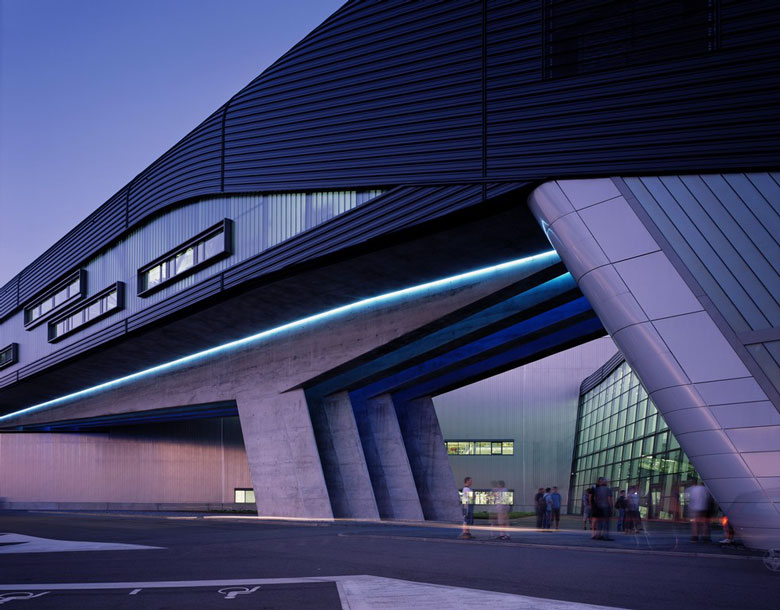 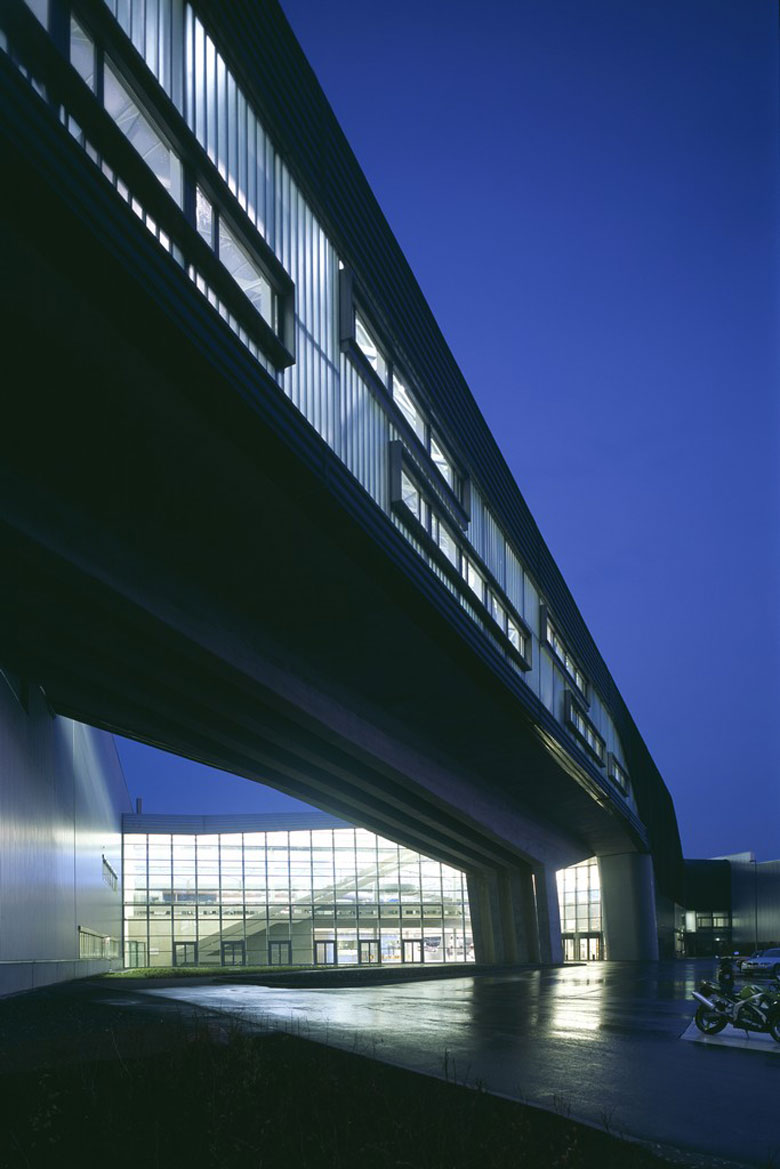 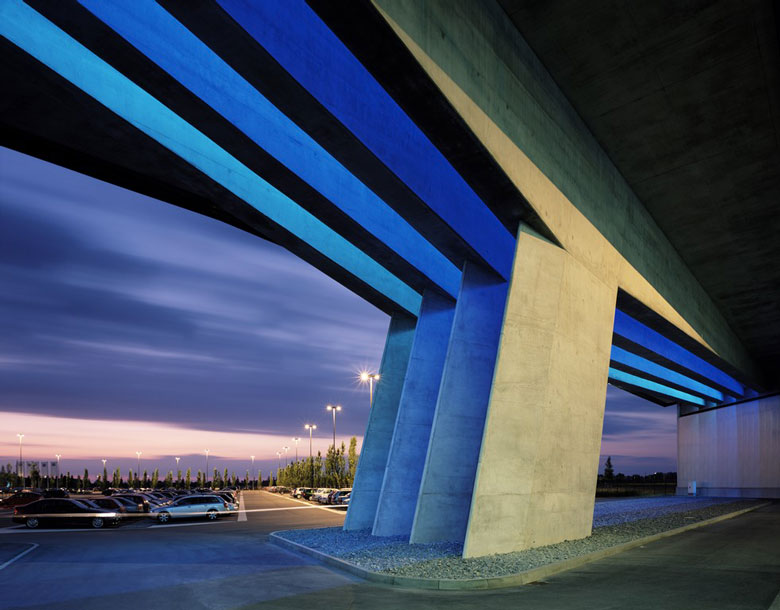 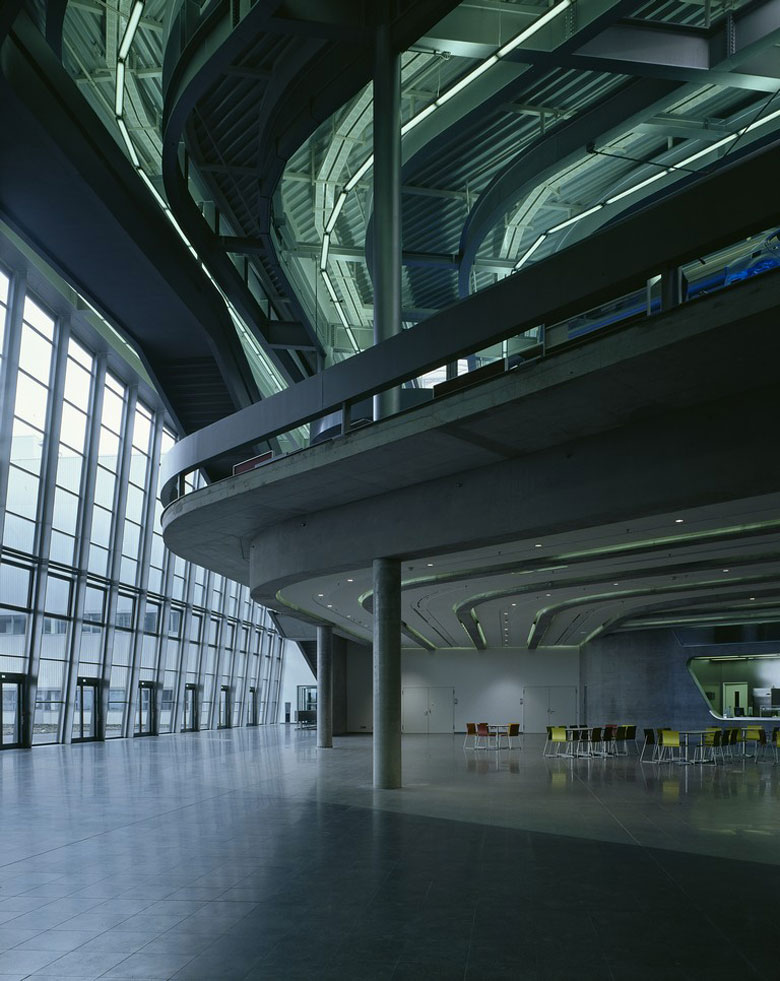 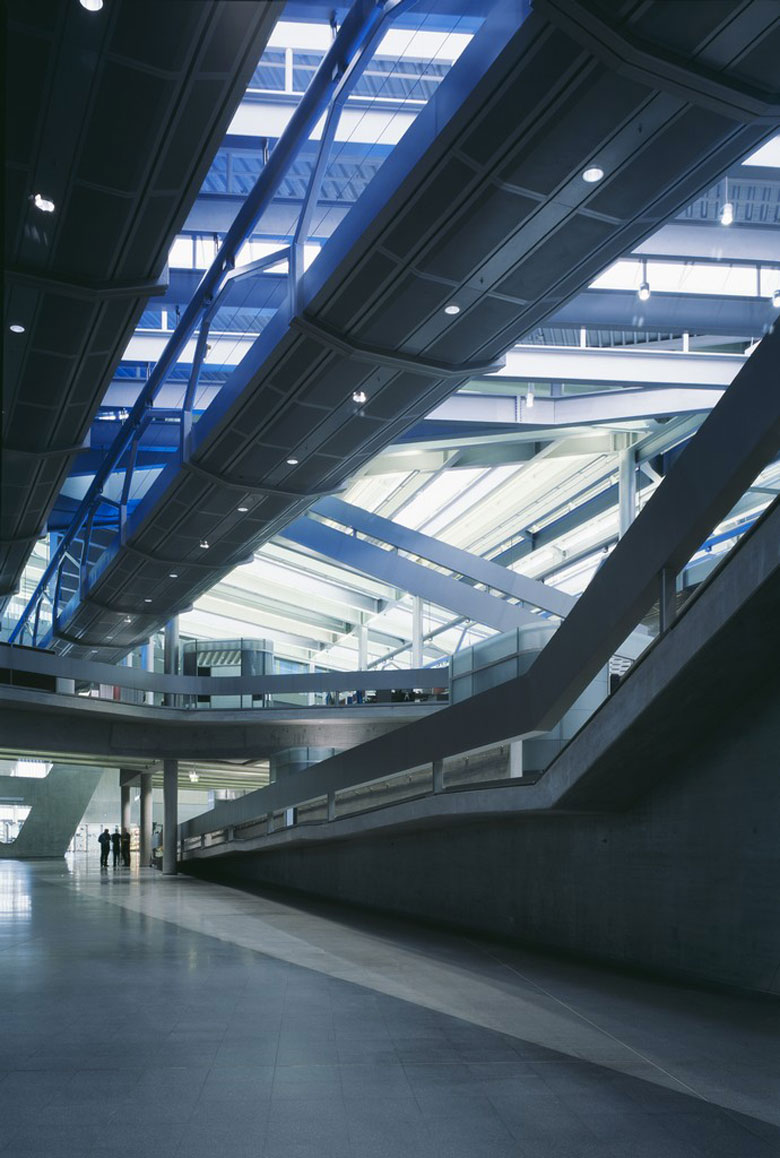 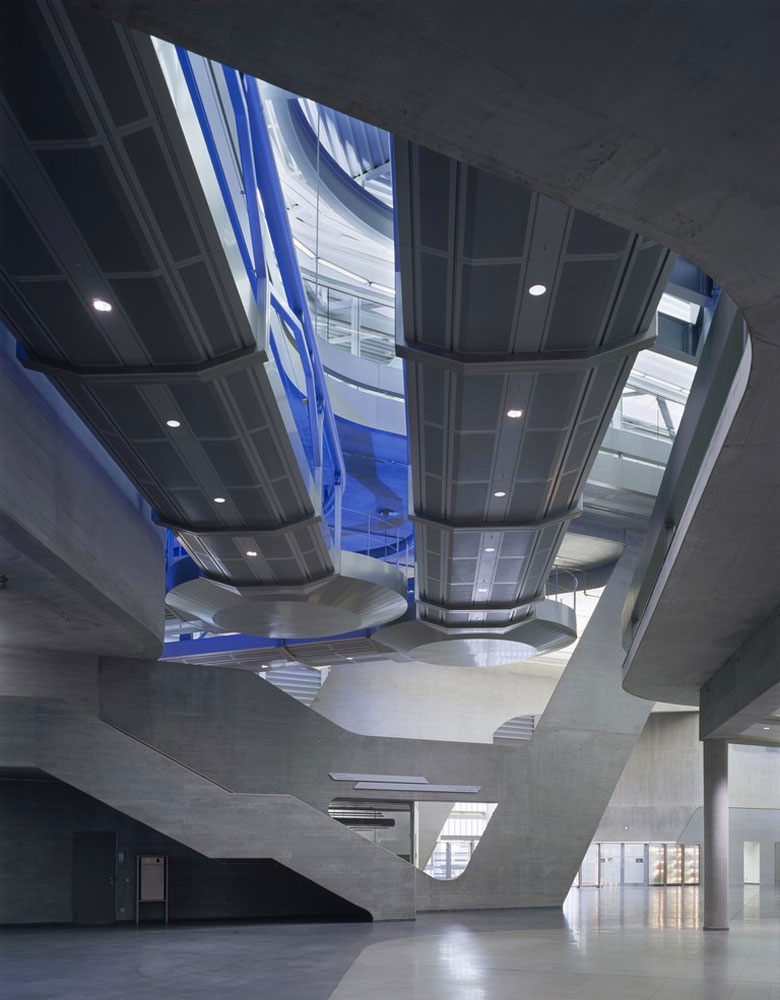 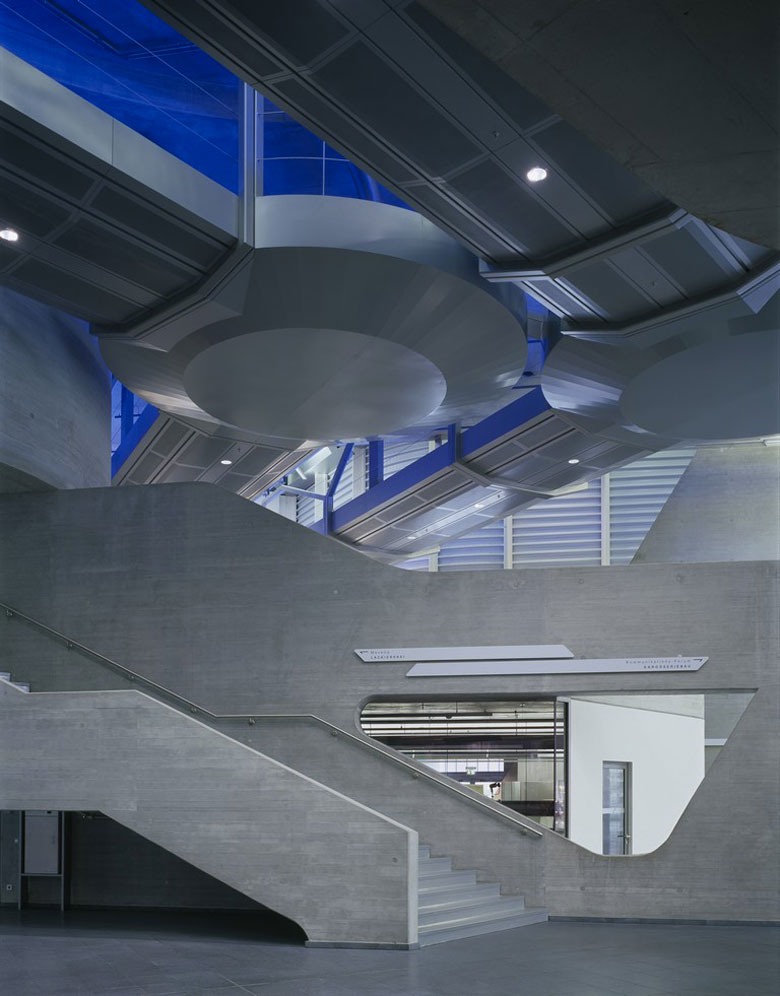 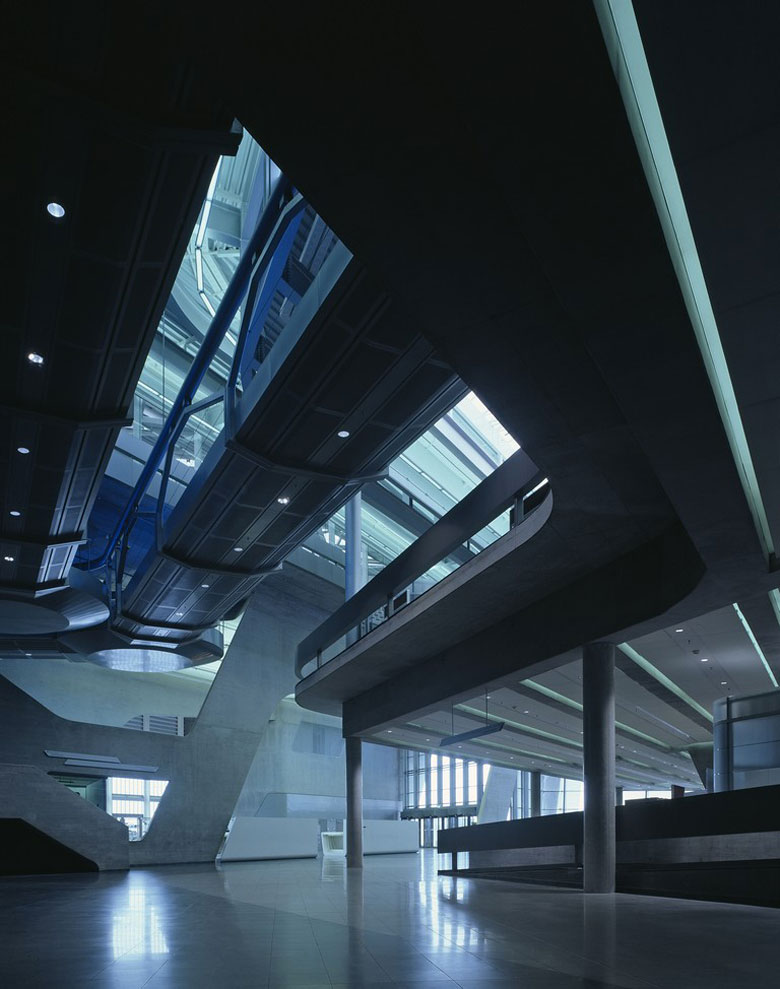 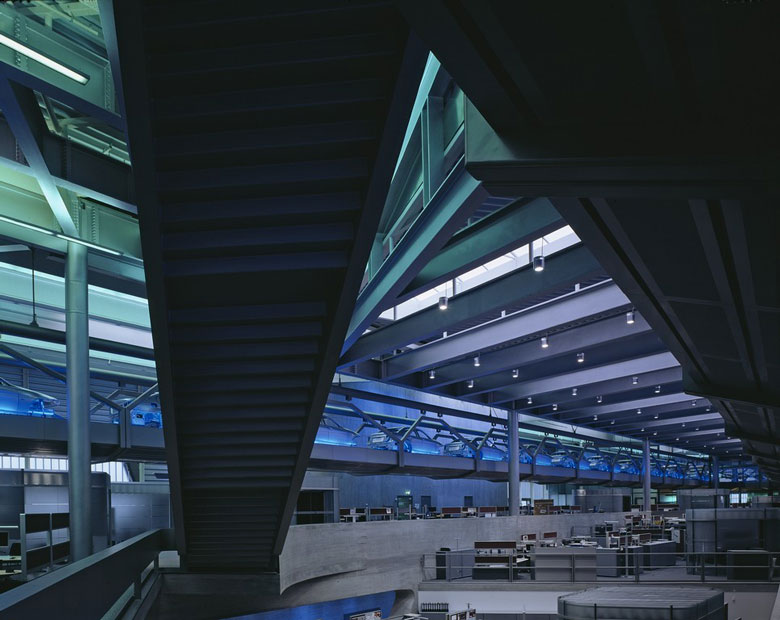 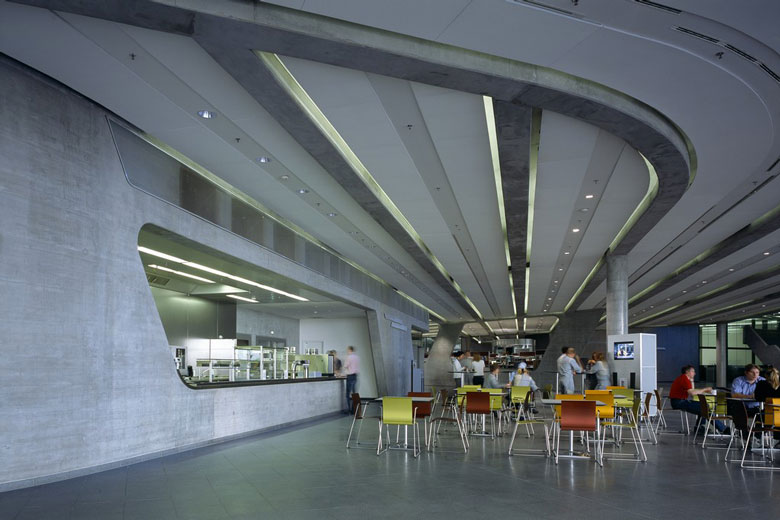