Nobody can deny that humans and water have a fairly complex relationship; water seems to draw us into its depth with its mysteries. Being big fans of snorkeling and scuba diving, we believe that the latest invention by Bixpy, the Bixpy Swim Jet, is a game changer for underwater explorers.

Compact, lightweight and futuristic, the Swim Jet is a must have for underwater exploring or simply just for some good old fashion fun. 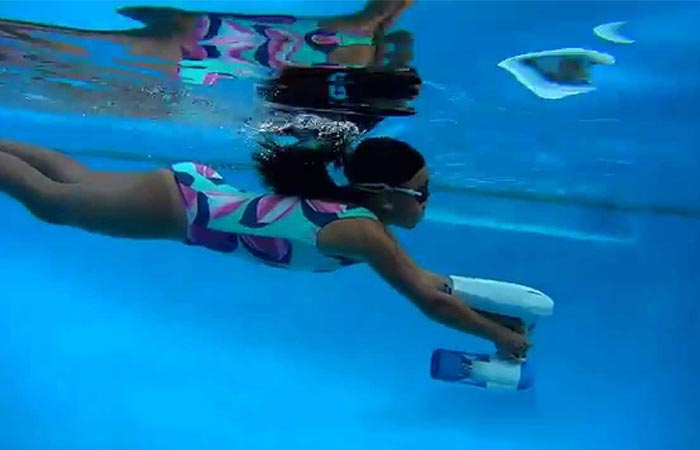 The Swim Jet only weighs 5 pounds and can even be used by children. However, it allows and adult to zoom around at top speed for 45 minutes and up to 2 hours at medium speed.

The Bixpy Swim Jet truly is unlike anything that has ever hit the market and can have you zooming around at top speed for up to 45 minutes or 2 hours at medium speed. Something else that makes this device one of the ultimate diver propulsion vehicles is that it only weighs 5 pounds with the battery pack attached which allows for incredible ease of use and exceptional maneuverability. Check out the intro video below. 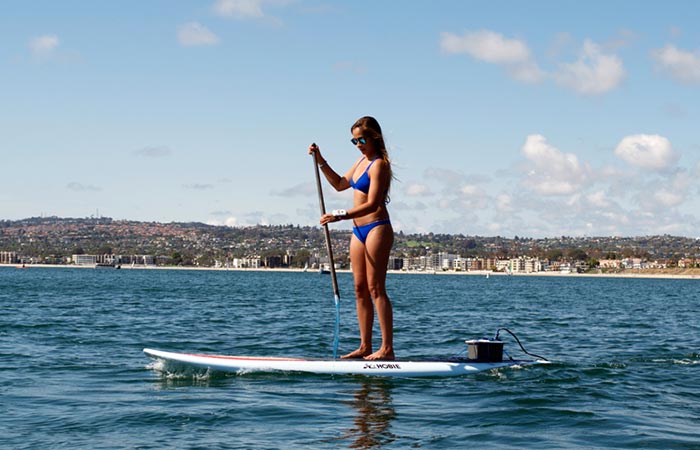 With the addition of an outboard battery pack, the Bixpy Swim Jet can be modified for use on a stand-up paddle board or even a kayak. Thereby, truly making water sports effortless.

The Swim Jet is rated for use at up to 90 feet of depth and even has a 900 lumen light attached for exploring all of those deep and dark crevices in the ocean. The top of the Swim Jet also features a camera mount for pristine underwater filming and if you were worried about controlling your speed, the Swim Jet offers an intuitive speed control system via the one trigger switch on the handle.

The components of the Swim Jet are constructed out of marine grade stainless steel that has been rated for both fresh and salt water. To top it all off, you can even use the Swim Jet to power your kayak or SUP to get to that perfect fishing spot.