This bell-shaped shelter, as interesting as it is, is a replica of an alpine shelter that was originally constructed in 1936. Situated in Slovenia’s Triglav National Park, the shelter, named Bivak II Na Jezerih, is an interesting building, to say the least.

Bivak II Na Jezerih closely resembles the original shelter that was designed by mountaineer and engineer, Karlo Korenini 80 years ago.

The original shelter was constructed by a local mountaineering club since they needed a small shelter to aid them in their exploration. 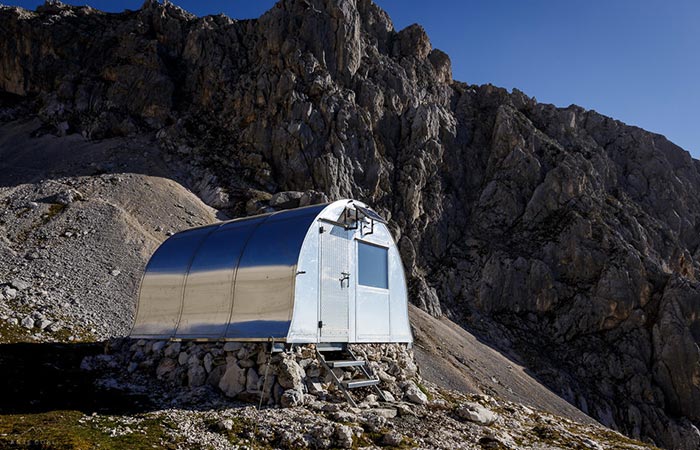 This shelter was airlifted via helicopter and had to weigh less than 2,866 pounds.

To accomplish this, the men of the mountaineering club hauled over a ton of wood and steel up the mountain on their backs. To make things even more impressive, this cabin stayed in operation for 80 years. This is with consideration taken into the fact that this is an exceptionally rugged environment and technology was not as advanced. Check out the video below.

As an homage, the Bivak II Na Jezerih was constructed in its place. However, special considerations and calculations had to be taken into account. Firstly, this shelter had to have the ability to withstand winds of 124 mph. It also had to weigh less than 2,866 pounds so that a helicopter could airlift it onto its site. 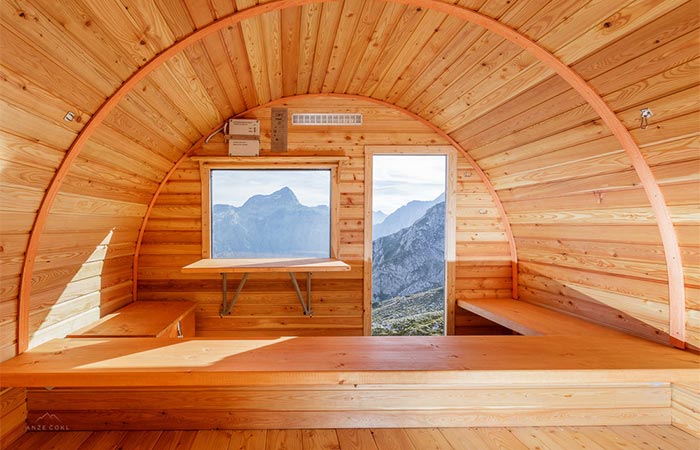 Even though this shelter has only 97 square feet of space, it can comfortably accommodate 6 people.

Furthermore, it had to resemble the original, have approximately the same volume, and had to be exceptionally easy to maintain. Even though the Bivak II Na Jezerih only measures 97 square feet, it can comfortably maintain 6 people. It also has a folding table, a bench, as well as a storage container.

The entire structure took 600 hours of volunteering work to complete. [via] 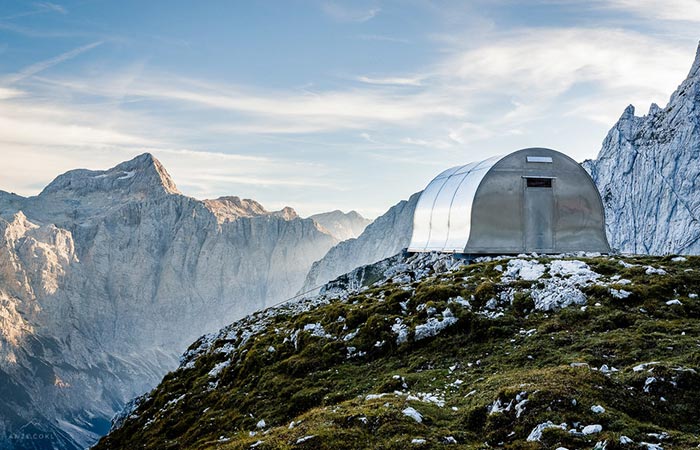 The design of the Bivak II Na Jezerih closely resembles that of the original that was constructed in 1936.