Before Orville and Wilbur Wright built and piloted the first successful airplane in existence in 1903, human flight was a long desired dream of mankind. To soar through the sky and experience life from an entirely new perspective is something they made possible. After their success, advances in aeronautics have increased, making it possible for people to skydive, BASE jump and experience the near human flight. Bird Dream: Adventures at the Extremes of Human Flight takes us on a journey through the history of these achievements, stopping with the latest and most spectacular one: wingsuit flying.

This piece of nonfiction is based on five years of reporting and interviews conducted by the author of this book, journalist Matt Higgins. Higgins traveled across Europe, Asia, Africa and America alongside the daring men and women who make out the core of the wingsuit movement and its ongoing innovations. In this work Higgins offers his take on this amazing, and extremely dangerous activity, starting from the early history of skydiving and BASE jumping to wingsuit flying which has entranced millions around the globe. 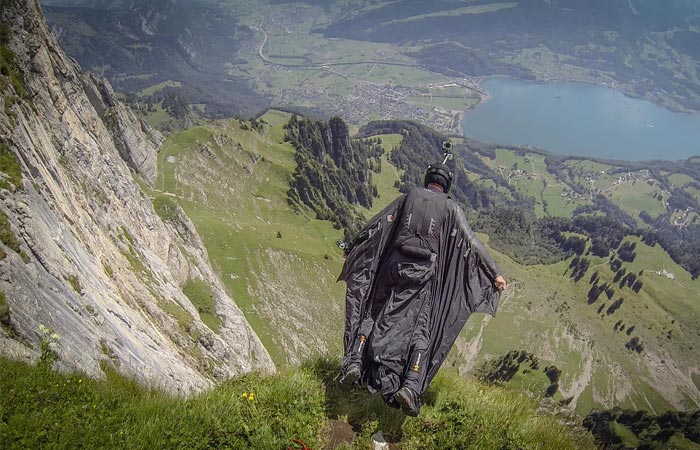 This story includes the people who work on bringing the wingsuit to an entirely different level; flying one and landing without the assistance of a parachute. Jeb Corliss, a professional skydiver and BASE jumper, thought for a long time that the greatest thrill for him were the two previously mentioned activities. However, after witnessing the use of a wingsuit for the first time, everything changed and he shifted to this activity, making him even more famous than when he was one of the most daring BASE jumpers in the world.

Now, he has the intention of becoming the first wingsuit pilot to achieve landing without a parachute. But he has a serious rival who wishes to beat him at his own game. Forty two year old stuntman Gary Connery from the UK has gathered an interesting group of wingsuit enthusiasts to help him achieve this feat. This group includes a Finnish magician, a parachute tester from Brazil, an Australian computer programmer, a gruff former Hollywood stuntman-turned-aeronautical engineer, a French skydiving champion, and a South African costume designer. One of these two men will become an important part of history, but the price of failure can mean death for either one of them.

Bird Dream: Adventures at the Extremes of Human Flight serves as a testimony to one of the most important achievements in human flight and the courageous people who desire to make it possible. Take an adrenaline filled journey to the world of the wingsuit movement and the events which helped define it. watch video below