He has been one of the finest comedians for a very long time. He is also a Hollywood rebel, the ultimate hedonist, a recluse, an anti-establishment actor who can act in Hamlet and Charlie’s Angels in the same year, and the main character in hilarious stories that usually start with: “Bill Murray walks into the bar….” Considering his immense body of work and the fact that this man is a breath of fresh air in all-too-predictable Hollywood, we think he is deserving of a book. If Bill Murray doesn’t deserve to have a book written about him, nobody does. Thankfully, author Robert Schnakenberg thought the same and wrote one about the great actor called “The Big Bad Book of Bill Murray – A Critical Appreciation of the World’s Finest Actor”. 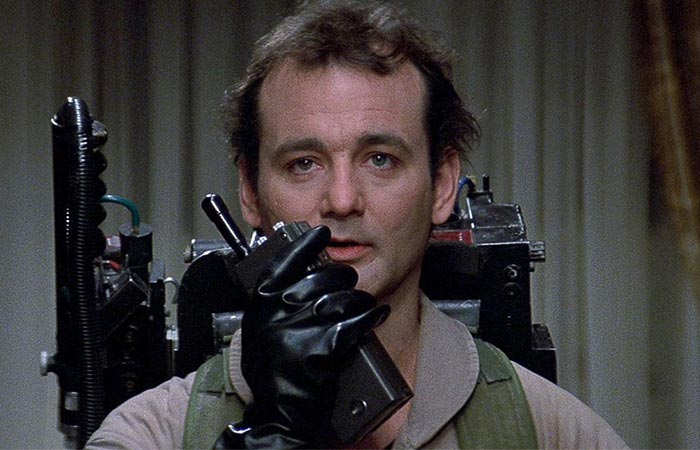 Bill Murray, the most versatile and uniqe figure in Hollywood

To say that Bill Murray is different from other Hollywood actors is an understatement. This man doesn’t have a manager, a publicist or an agent. He agreed to voice the part of Garfield in the namesake animation only because he mistakenly thought that he was in one of the movies directed by the Coen brothers. From Saturday Night Live, Tootsie and Ghostbusters to other iconic films like Lost in Translation and Moonrise Kingdom, Bill Murray has proven that he has a range – a pretty wide and incredible range. Robert Schnakenberg’s book is not only Bill Murray’s biography but also a well-written appreciation letter and a critical insight into his work. 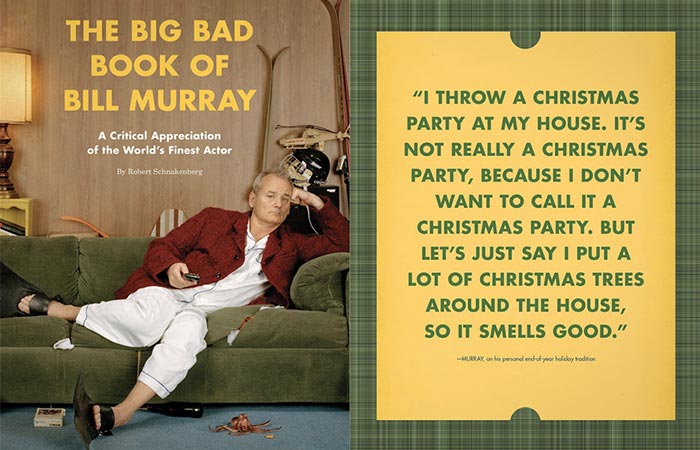 This isn’t just Bill Murray’s biography, it is a well-written appreciation letter

The Big Bad Book of Bill Murray narrates in detail every single of Murray’s acting roles, his so-called ‘controversial’ behavior on- and off set, and all the career milestones. The book is illustrated with many beautiful color photographs, including behind-the-scenes ones. 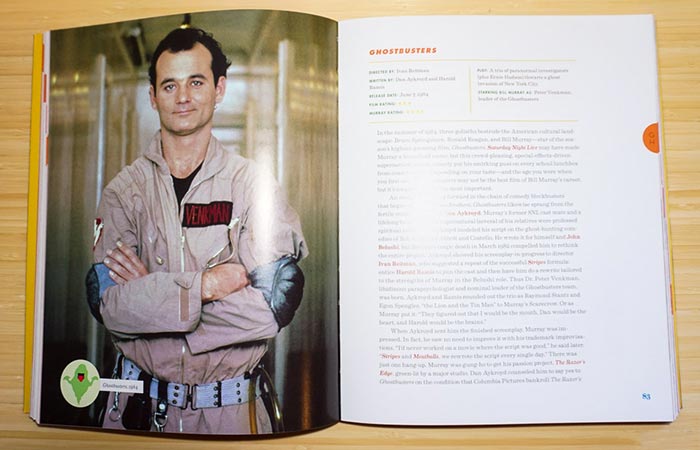 Oh, about those “Bill Murray walks into a bar” stories…. Here’s one. Albeit, he didn’t walk into a bar, but close enough. A woman talks about her encounter with the actor: “One time, Bill Murray came up to me at Wendy’s, took a French fry off my tray, ate it, looked me in the eyes and said: ‘Nobody’s going to believe you.’”