Do you love taking amazing aerial images but don’t have the right device? You’re not the only one struggling with this. Actually, picking the best drone for filming is probably one of the hardest and most time-consuming choices that you will have to make.

This happens because of mainly 2 things:

There are many other auxiliary factors and elements that you should keep in mind; however, they have to take a back seat at the end of the day. Why these two are so important and are often regarded as the deal breakers? Well, let’s see… 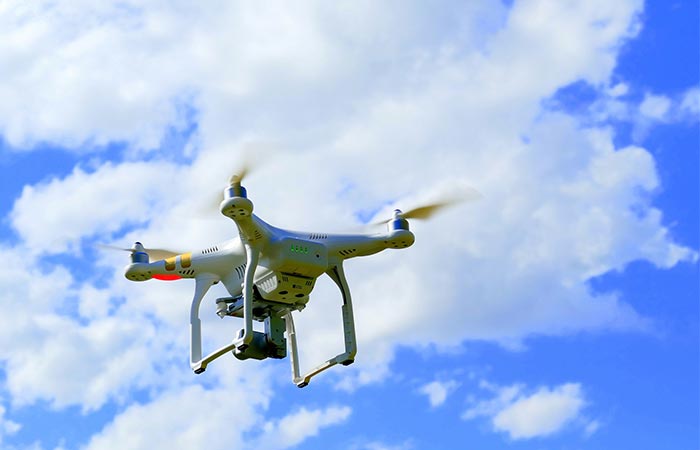 Drones don’t really have much of a battery life to begin with and the flight time is measured in minutes most of the time. Also, many drones don’t offer the option to attach more batteries to increase the flight time.

This is a variable that varies so much that it is incredibly hard to set an average point across the board in between drones. However, so far, there are no personal use drones that can safely approach or even overtake the 30-35 minute bracket without serious warranty-voiding modifications.

That being said, the drone pilot will have to carry around extra batteries that he or she can swap around in order to get some more flight time out of the drone and continue even after the initial battery has been drained.

The number of batteries differs on the drone, its power needs, as well as the scene that is being filmed and how many takes it will take. 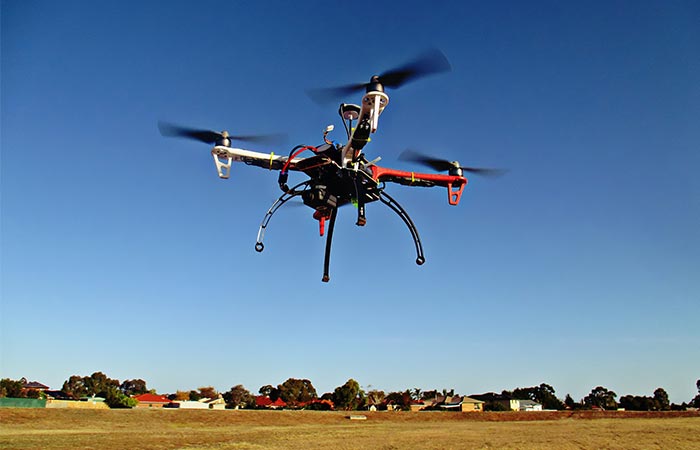 This is another factor that will help you decide on the drone you want. However, you should be prepared for a tough time as there are lots of camera models that work on various drones.

Unless the drone is designed for racing or casual flight, chances are it has a camera on it. Of course, the more expensive the drone the better the camera and the filming capabilities. Some drones are even able to control the camera directly via the drone remote control, adjusting elements ranging from camera orientation and zoom all the way to what color filter is being used.

Still, at the same time, the more expensive the drone, the more limited the drones actually become in regards to the cameras that they can carry. Basically, the more expensive the drone is, the used camera technology is geared specifically for that drone model. This limits your options so you must make sure to select a fantastic camera that will be there for you for at least several months. However, there are professional drones that are designed with an advanced gimbal that can support more than one camera model. These are usually designed for GoPro models, but there are drones that can support a DSLR camera in flight. 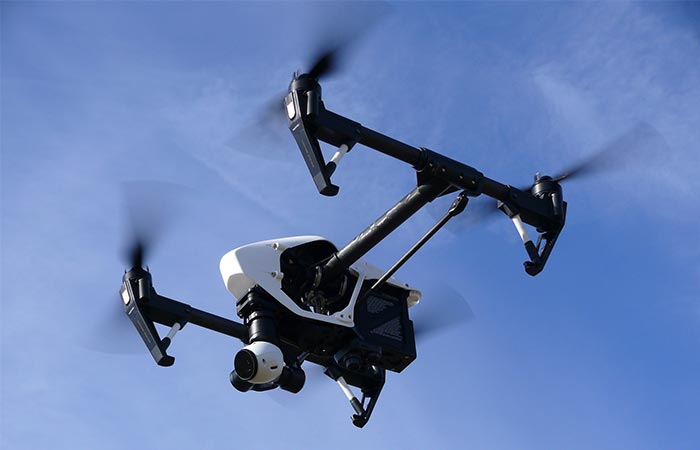 Based on your needs or filming style, you will want to make sure that the drone is able to rise up to standards. For example, if you are mostly into chase scenes and like to capture high-speed chase footage, then you will want to look towards racing drones that come sporting either a camera or a camera mounting bracket. These drones are slightly smaller and with a more compact build, often times missing extra cosmetics like plastic body covers and so on. They are built for one thing and one thing only: speed. We can recommend the Walkera QR X800 BNF or the DJI T600 INSPIRE – both support high-quality cameras and are designed for speed and amazing filming work.

If you are into panoramic slow-flight shots, then you will want to orientate yourself towards the bulkier yet at the same time more stable and enduring slow drones.

These are big drones, often times coming in weird elongated shapes. With a very wide propeller span and generally more weight to them, these drones are able to achieve great stability and impressive altitudes while at the same time keeping their speeds low. In this category, we can include the DJI Phantom 4 and the DJI SPREADING WINGS S900 (which is actually a hexacopter).

If you are into more tricky acrobatic flight scenes, then you will want to orientate yourself towards the more acrobatically inclined drones. These drones are more or less the pinnacle of drone performance from a mechanical point of view. They generally sport a wide propeller span which gives them a lot of lift and stability, while at the same time sporting a small compact body, with very little weight to it. This combination, along with careful calibration and sturdy packed frames make these drones the RC acrobats of the skies, capable of doing all sorts of tricks, turns, and flips while in mid-air, without a problem.

For this category, we can recommend the 3DR SOLO drone which was designed to think for itself in certain situations. Yes, the drone has its own super computer for a brain and can support a wide range of cameras.

Believe it or not, most people fail to realize the impact that smart technology has had over drones in recent years. Currently, drone designers and manufacturers are more or less racing to provide more and more features to pilots out there, while at the same time trying their best to keep the prices low and affordable.

That being said, drones today are capable of a lot of interesting things such as:

These and many more smart features are being developed in order to not only help pilots get more out of their flight skills but also to help videographers capture those perfect shots and clips that they need with a lot less effort than before.

When choosing the best drone for filming, one thing cannot be ignored: we are spoiled for choice. It is because of the sheer amount of options, choices, and even customizations that are available we cannot actually pinpoint the best of the best.