During this week’s Geneva Motor Show, Bentley has decided to surprise car aficionados from all over the world by revealing the Bentley EXP 10 Speed 6, a possible new addition to the already existing models which the company produces. Why only “possible addition”? Well, this model was presented as a concept of the new direction which Bentley would like to take. Mulsanne, the Flying Spur, and Continental GT especially are firmly established vehicle models that follow the long-lasting tradition of Bentley craftsmanship which might make you wonder about what the EXP 10 Speed 6 has to offer. Judging by the looks of this concept model, a lot! 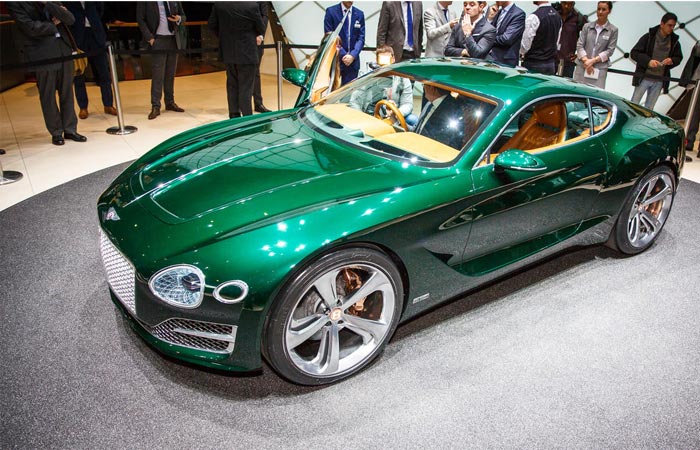 There is a good reason as to why we are going to judge this car solely by its looks, and it’s not because we simply don’t care about the engine and performances of a vehicle of this caliber (that would be blasphemous). It is pretty simple actually; the details about the powertrain of the EXP 10 Speed 6 were not shared with the general public. This prompted a lot of speculation about the engine as some believe that its name (Speed 6) suggests that it would be a six-cylinder one. Others assume that a twin-turbocharged V-8 engine will sit comfortably in this car as it is the one most commonly used in the Continental GT series. One thing is certain though, due to the decision to make this model a powerful two-seater it will most certainly have to be accompanied by a high performance powertrain. 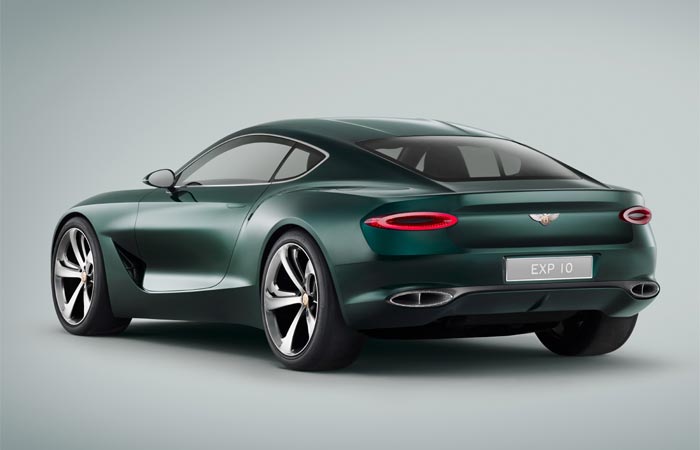 The rear side view of the new Bentley

The style of the exterior of the car strongly hints at the high performance of this car with its muscular and athletic surfaces which are reminiscent of aircraft fuselages and wings. The shape of the car represents a dynamic structure by using a short front overhang, long bonnet, low grille and wide rear shape with a long C-post. The re-interpreted matrix grille and traditional four round headlamps create an exciting contemporary approach based on traditional starting points. The expression “the devil is in the details” seems appropriate when you take a closer look at the grille of the car because if you do just that under certain angles and lighting condition a subtle “6” is revealed. The rear of the car is also very visually appealing with its oval taillights accompanied by exhaust pipes of the same shape, which further express the symmetrical superiority of the design. When it comes to the color of the car, the slightly different British Racing Green gives the car a deep metallic look which works splendidly with the exterior design of the vehicle. 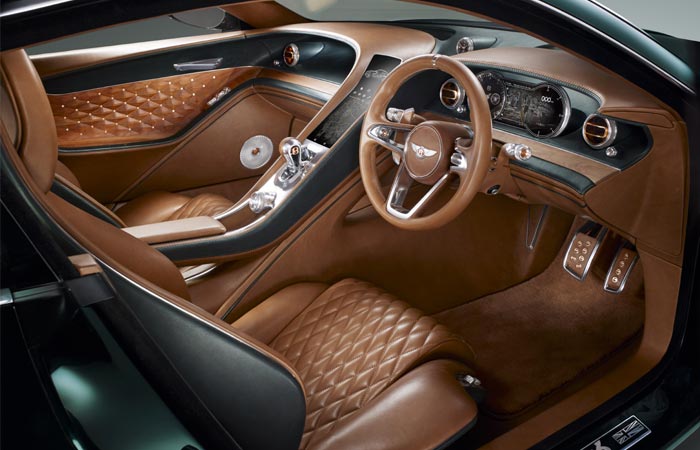 View of the interior showing the leather-trimmed design

As the exterior is so well designed, it is to be expected that the interior must not disappoint and, as the images show, it does not. The interior design revolves around the seamless combination of modern technology and well-known Bentley craftsmanship. The leather-trimmed design flows from the center console, across the upper part of the dashboard and continues over the upper edges of the doors thus enveloping the driver and passenger in a cozy environment. Needless to say, the seats are also trimmed in the same manner as the rest of the car, incorporating Poltrona Frau leather to further ensure the comfort to which you can be exposed. The console of the car combines digital information and tactile controls by using a curved 12″ touchscreen placed in an aluminum frame. After punching the “B” shaped ignition button, the initially flat instrument panel lifts into view and shows a mechanical rev counter and digital display which combine to provide equilibrium between modern information and analogue beauty. As for the placement of the ignition button, it is integrated into the asymmetrical gear lever finished in aluminum, copper and cherry wood. As for the design of the rear interior part of the car, it uses the same leather-trimmed style and is used to hold a specific set of luggage which gives accent to the touring possibilities of this splendid vehicle. 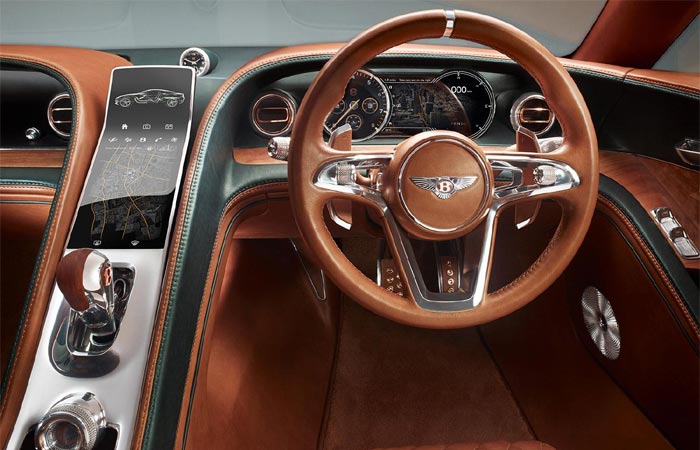 Curved touchscreen and movable instrument panel of the dashboard

Let’s hope that this car proves to be more than just a concept about a possible new direction Bentley wishes to take and becomes an actual model line along with Mulsanne, the Flying Spur, Continental GT and the soon to be released Bentayga SUV because this level of dedication and effort put into the development of this car shouldn’t be allowed to go to waste. [via]