If you’ve decided to use a MacBook and an iPhone because of their commendable battery life, among other things, but still can’t manage to do everything you want on both on a single charge, we are happy to inform you that there is now a very simple solution to this problem. A solution which comes in the form of a box, a BatteryBox, to be more precise. This nifty little device will be a life-saver in those situations when you are working on your MacBook but happen to be far away from a power socket. Think of it as a slightly larger, and all the more efficient, powerbank intended for your MacBook and iPhone.

What Makes it Efficient 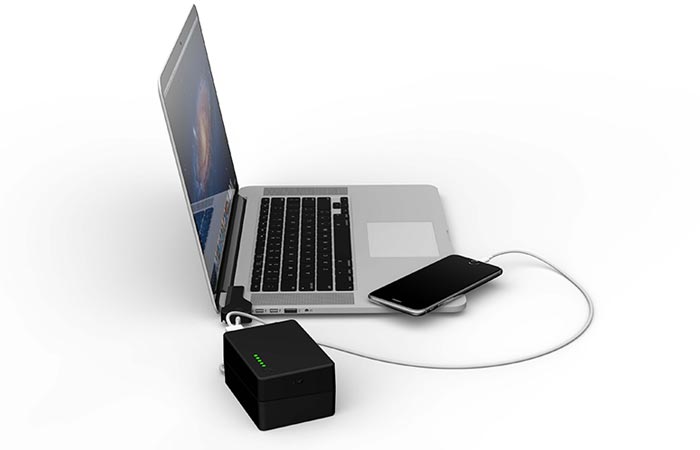 Instead of charging your battery, the BatteryBox bypasses it and in that way saves its cycles

The most important thing about how the BatteryBox operates is that it bypasses the battery of your laptop and keeps it on the same charge percentage. This reduces the life cycle spending of the battery in your laptop and lets BatteryBox spend its own life cycles. This is a very important side to this device, especially when you take in consideration that it has around 3000 cycles as opposed to 300-800 cycles of batteries used in other devices. This was achieved by employing a new technology called Battery OS, which allows batteries to hold more energy and works as if brand new after many years. 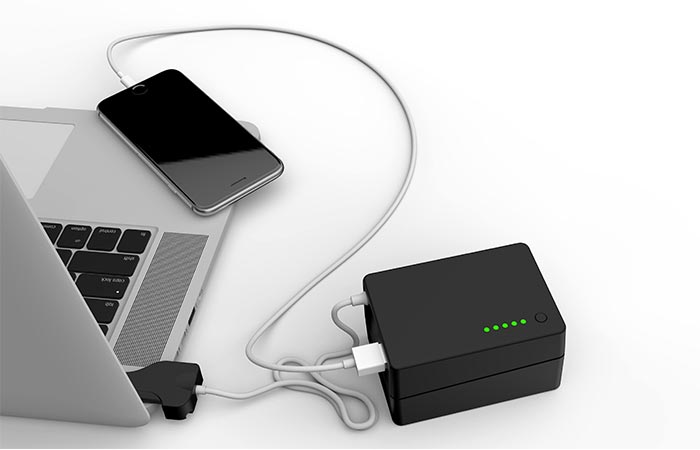 Apart from being a very efficient device, it’s also very small and light. Measuring 1.92″ x 3.74″ x 2.48″ and weighing only 14.25 oz you can carry it in any backpack and take it anywhere you may have need for it. BatteryBox is compatible with all MacBooks made after mid 2012 and all Air and Pro models, and, depending on the device you use it with, it is capable of providing you with a lot of run time. Using it as a powerbank for phones is very efficient because if you use, let’s say, iPhone 6, you can get 75 more hours with a single charge on BatteryBox. With a 13″ MacBook Pro Retina you can get 7.5 extra hours while with a 13″ MacBook Air this number jumps to 13 hours. 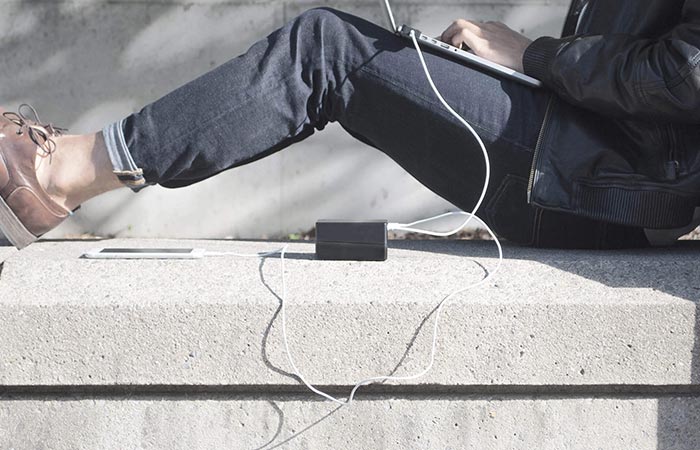 Thanks to its small size and weight, the BatteryBox can be carried around effortlessly

All MacBook users have, at some point in time, faced this problem of a battery dying on them, but with the BatteryBox this issue can be a thing of the past. A BatteryBox will be your new best friend if you decide to buy it, because even if you don’t find yourself away from a power socket that often, you will appreciate how a BatteryBox saves the battery cycles of the batteries in your devices.

Check out this BatteryBox unboxing video.