If you look around your house, you’ll notice you use them almost in every single device you have – remote controls, digital cameras, toys, lights, flashlights, clocks… We are talking about disposable alkaline batteries which, despite their widespread use, have a rather short lifespan. Or not… If you have Batteriser. Designed by Bob Roohparvar, who holds a PhD in electrical engineering, Batteriser is a voltage boosting device that can increase your battery’s lifespan by up to 800%. 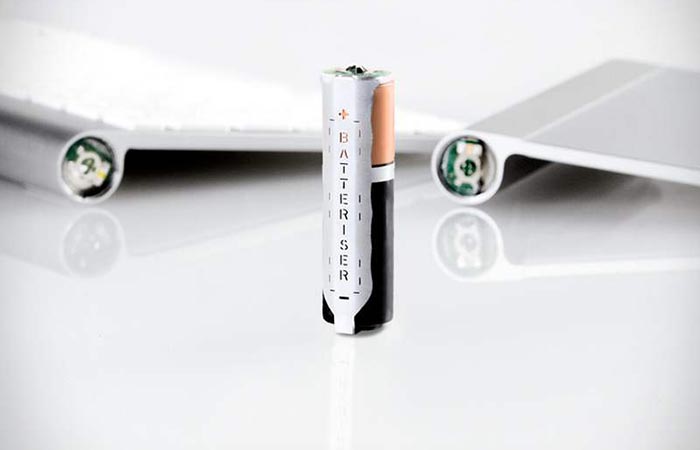 The problem with ordinary alkaline (AA) 1.5 volt batteries is that they become useless once their voltage falls below 1.35 volts which happens after only a few uses. Batteriser utilizes micro-circuitry which allows you to tap into 80% of the battery’s energy that would be otherwise wasted. It is made from stainless steel and, once released in September, it will cost only $2.50 per sleeve. 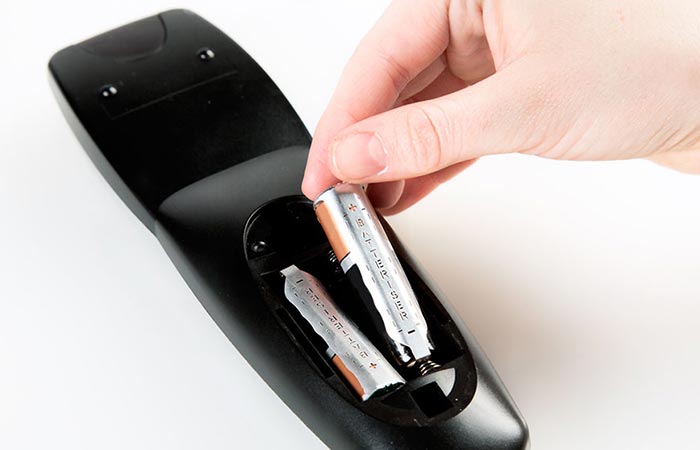 Batteriser works with most disposable batteries and because it is very thin, it can fit into a device without an issue

Batteriser is suitable for most disposable batteries – from AAA to D – and because it is very thin (0.1 mm), it can fit into the devices that you are powering. Batteriser’s effect is immediate; you don’t need to wait for the battery to charge. This device also has unlimited shelf life and you can use it over and over again. It’s also worth noting that Batteriser does not use hazardous chemicals, it is safe to hold and it’s travel ready (it does not breach any TSA regulations). 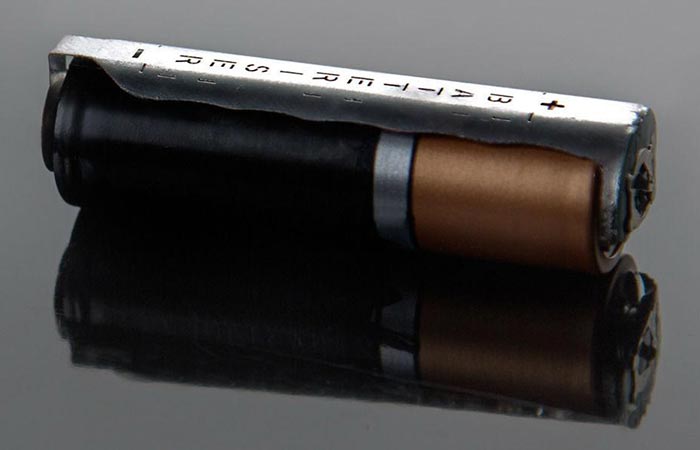 Because this device has unlimited shelf life, you can use it over and over again

The device also saves money since it pays for itself the moment you revive the first battery and, most importantly, it saves the planet because it has a potential of reducing the battery waste by up to eight times.

Check out a short video about the Batteriser.