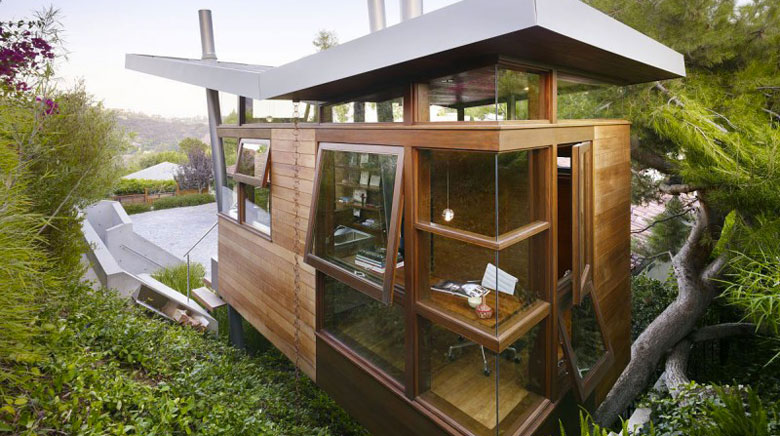 Ok, this is not technically a treehouse, but that does not diminish its value. The guys from Rockefeller Partners Architects built this art studio and getaway – called Banyan Treehouse – facing downtown Los Angeles in the distance.

This 170 sq ft house is the result of an old project requested by the same client that was never realized, but some of the features that were planned on that project have been used here, just one of them being the shape of the roof.

Now, the reason why this is not a proper treehouse is the mere fact that it is not on a tree. It is placed on steel pylons that were deliberately used to show that this is a modern house based on an old concept of a simple treehouse, respecting the original idea, but adding modern input.

Every part of the house is covered with wood. The exterior is made of high-grade cedar, the structure of rich palope, the windows of mahogany and the interior floors and walls of walnut panels. This gives the house natural warmth. The house is a studio, but it can serve as accommodation as well, due to the fact that it is completely self-sufficient with a fireplace, refrigerator, daybed, TV, water closet and a shower that is placed on the outside but is surprisingly private.

Having in mind all of the aspects – use of wood and glass, the house’ purpose and position, as well as its design – we must say that this seems like a very successful project. 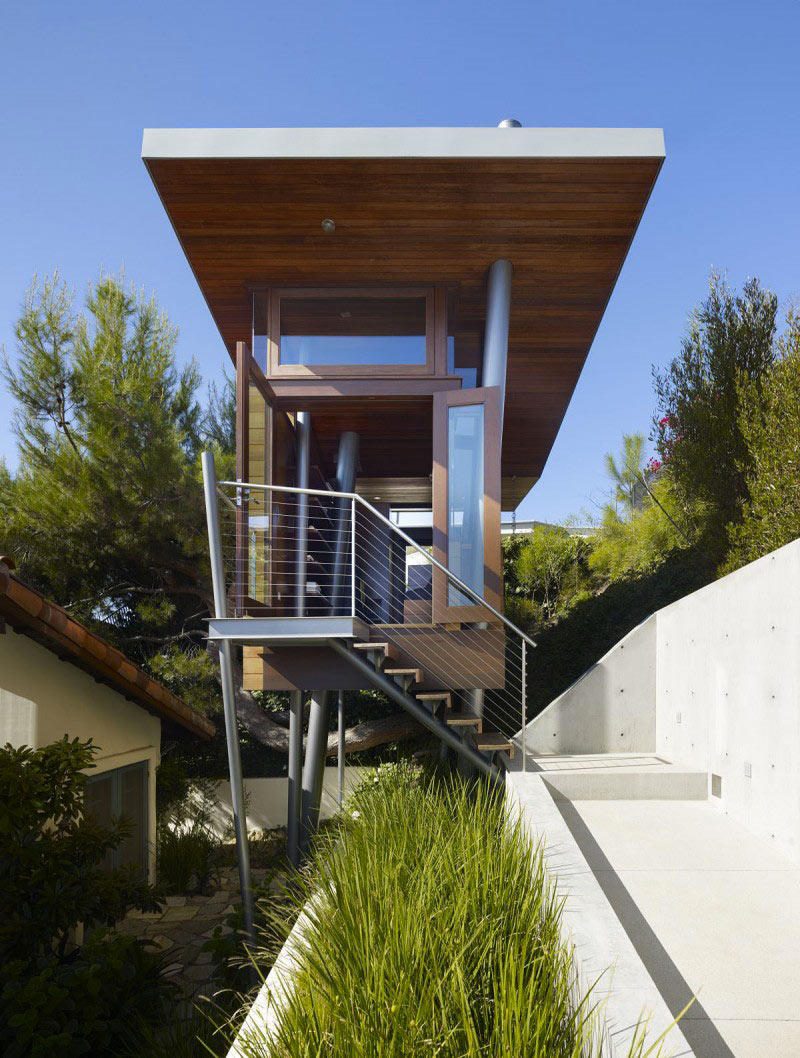 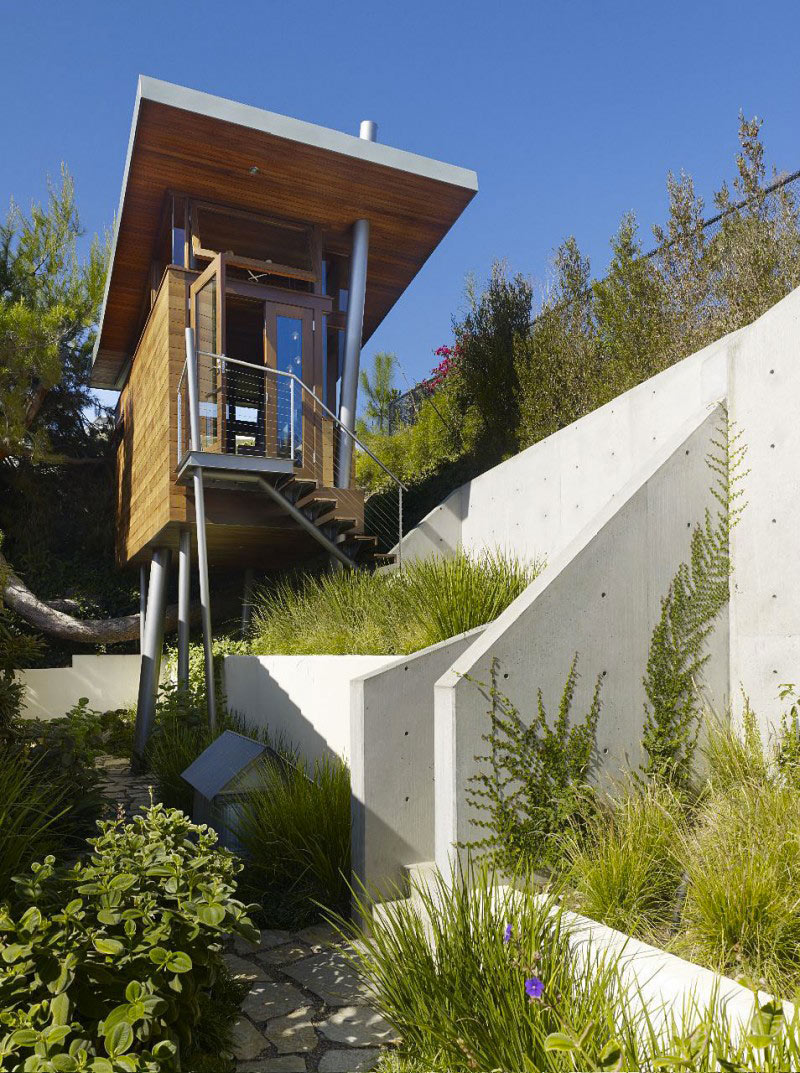 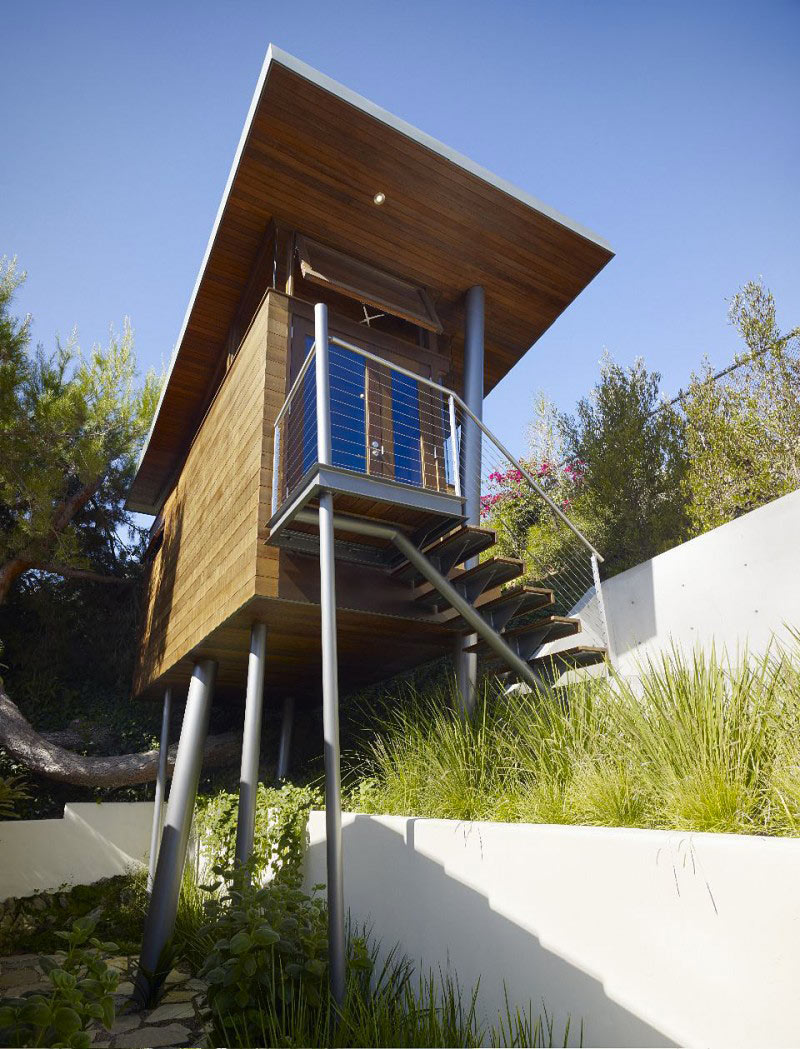 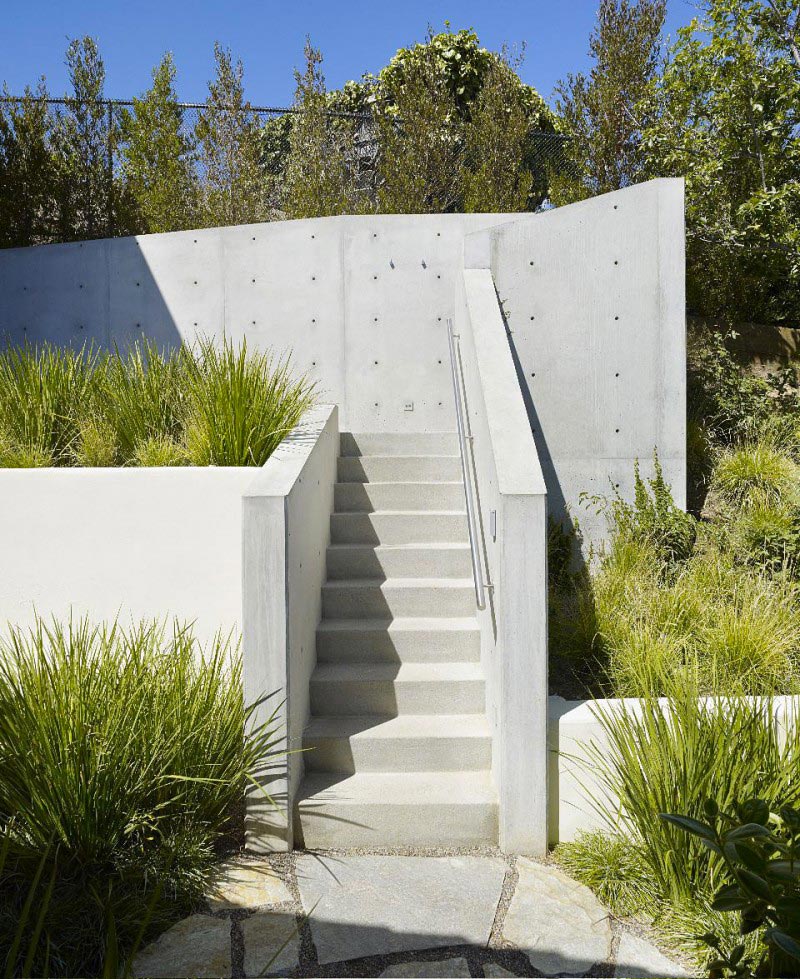 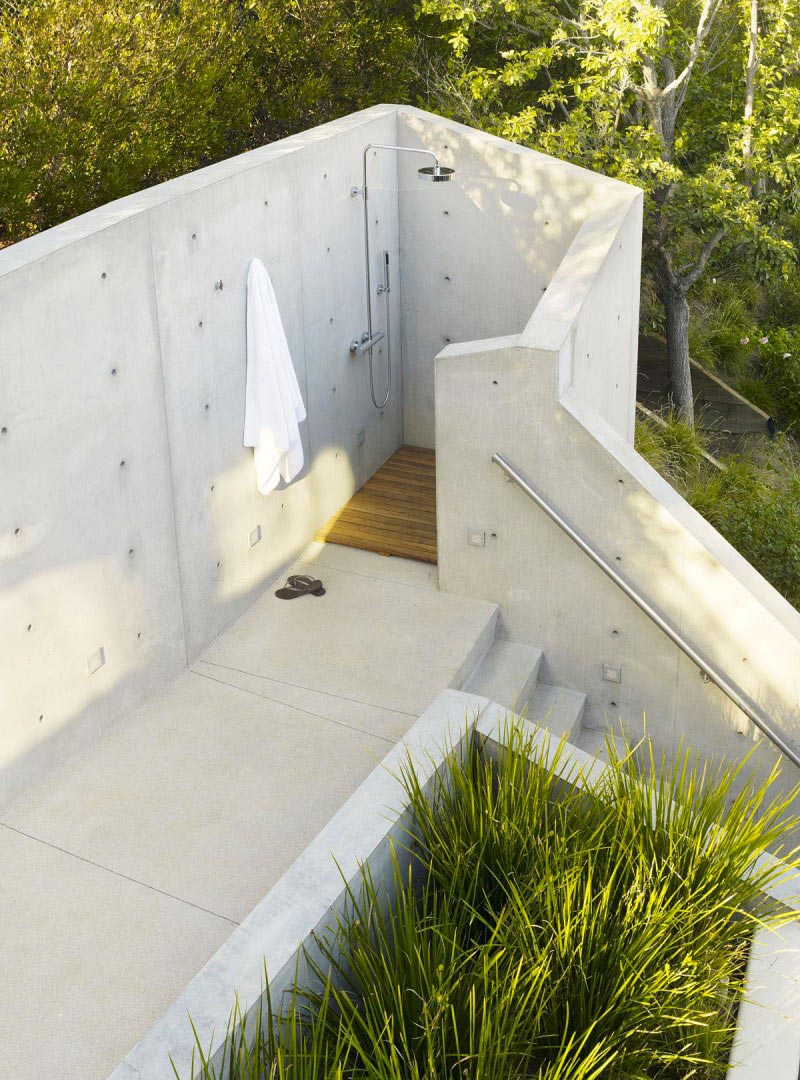 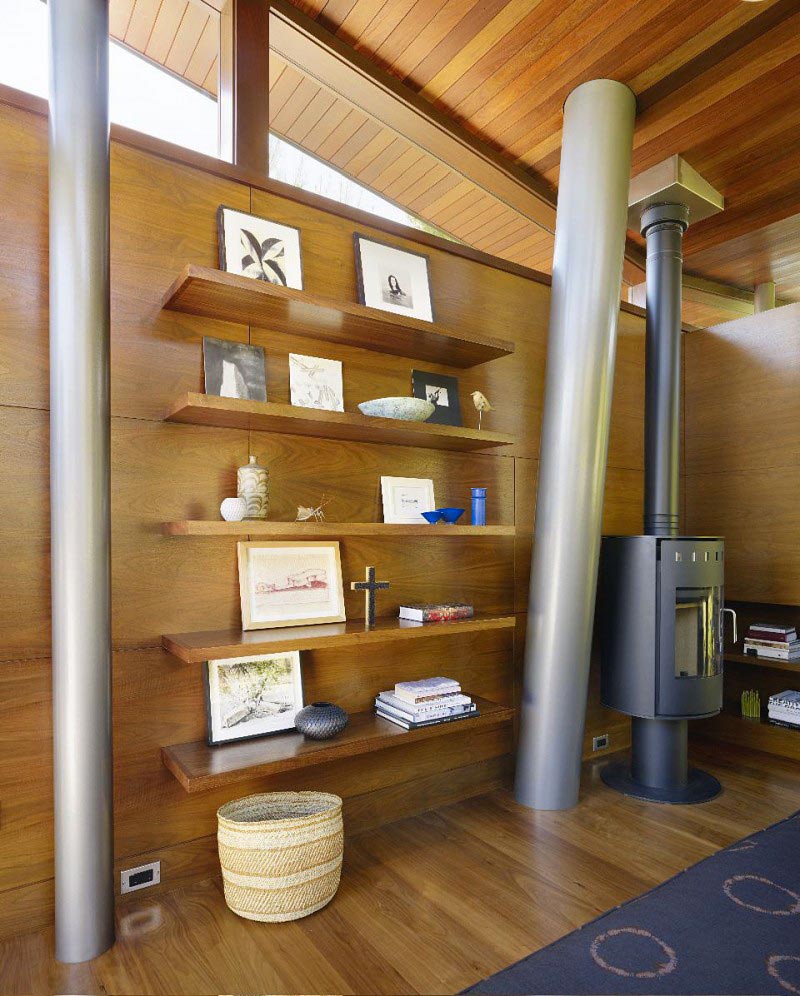 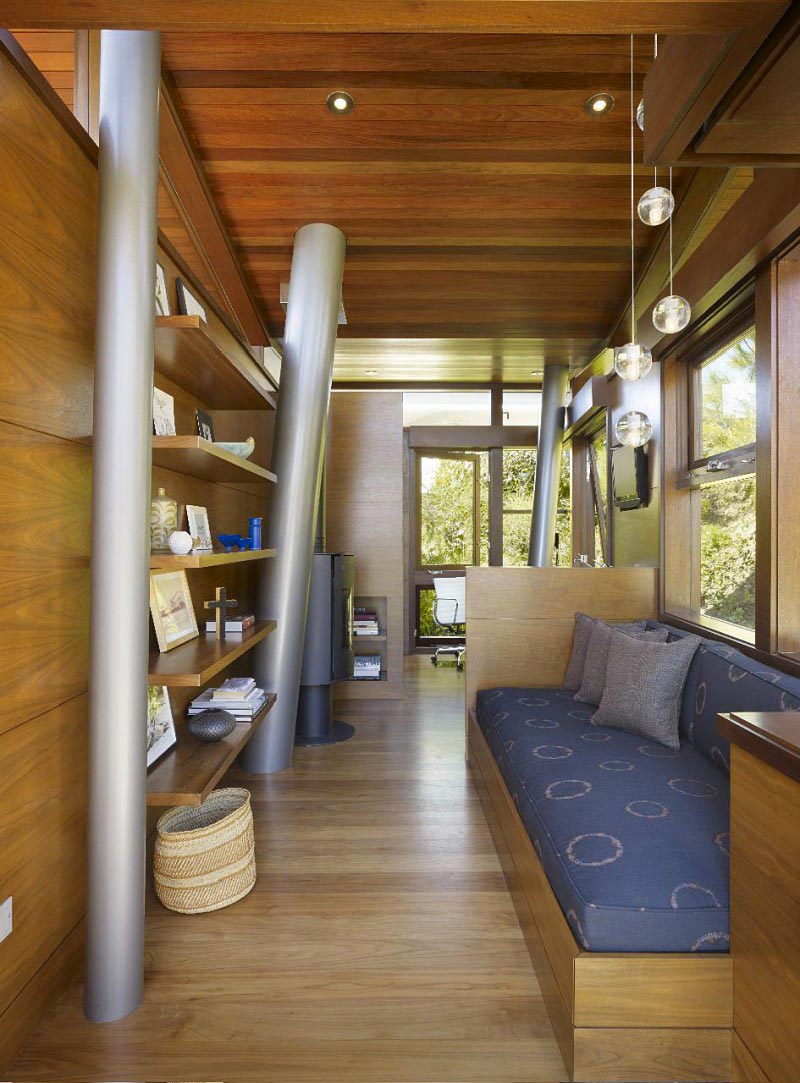 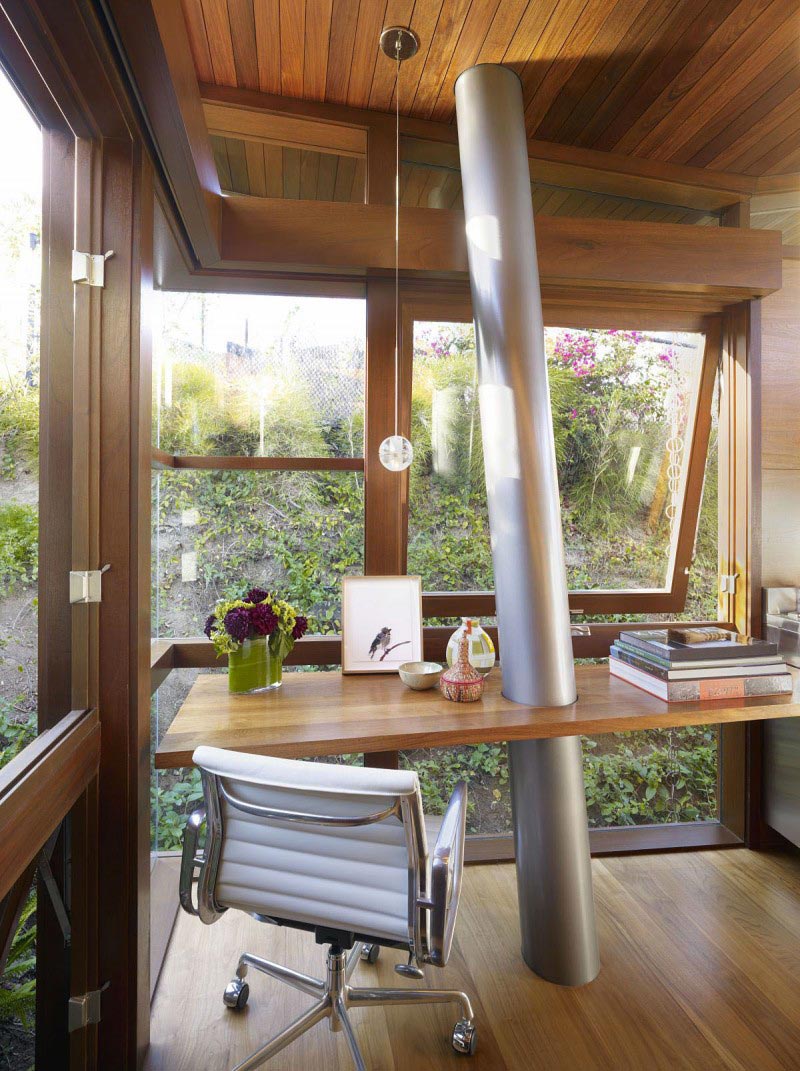 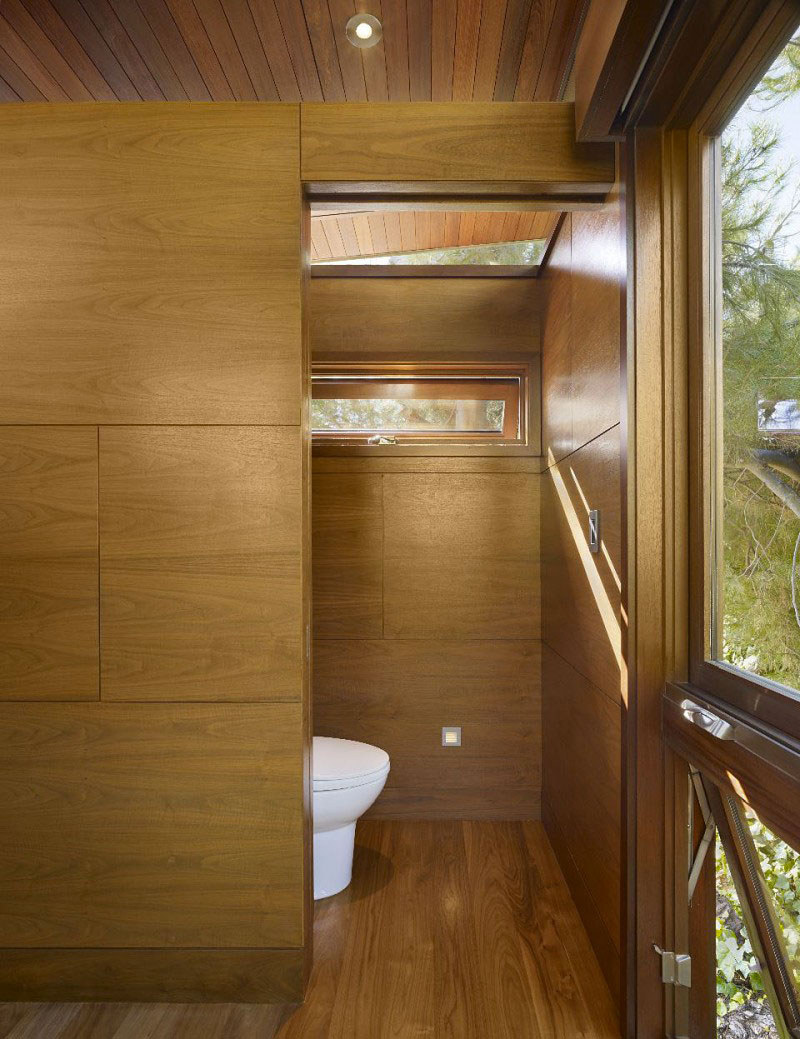 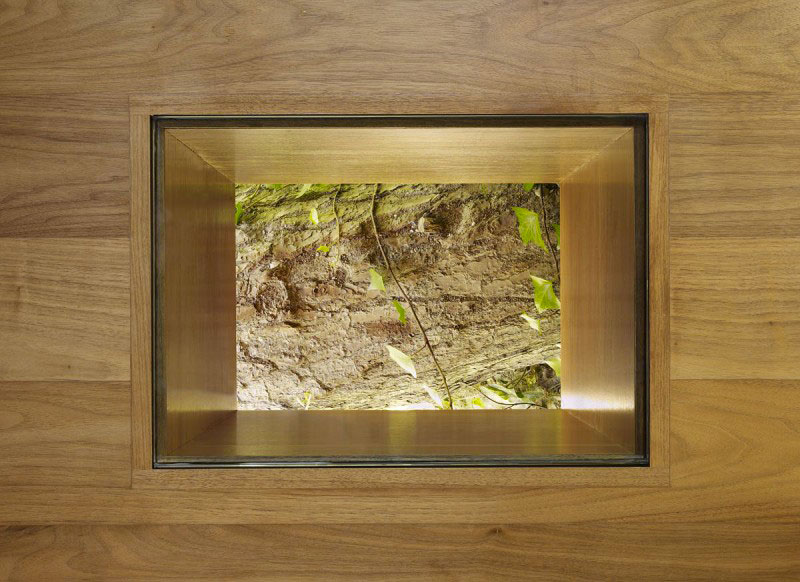 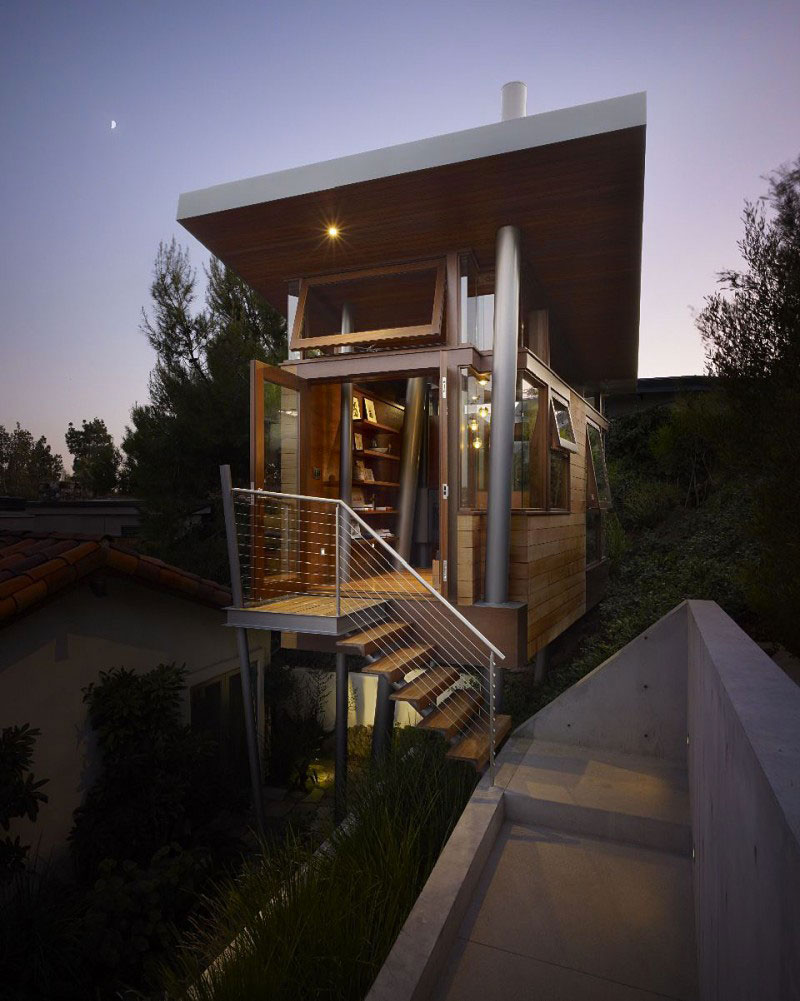 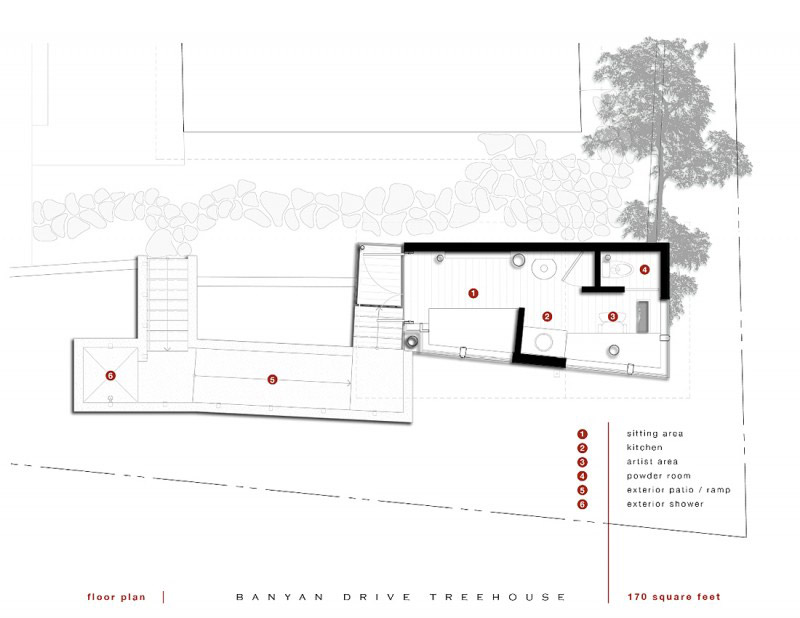 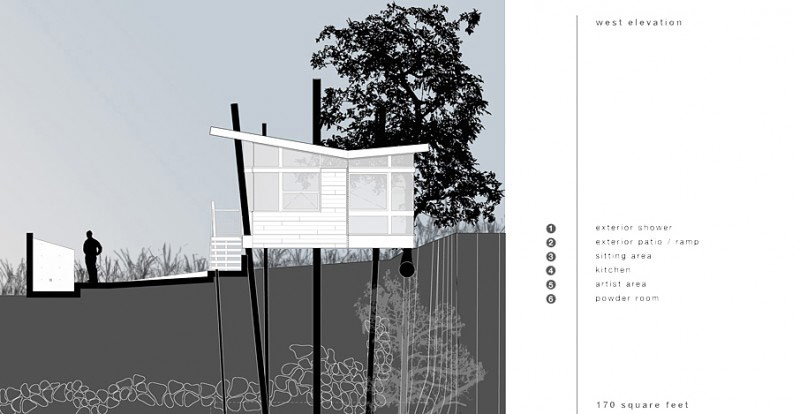