Traditional hourglasses have been surpassed a long time ago, but their ingenuity is still something that makes people buy them as gifts or keep them in their home. However, there is now a new type of hourglass which makes the entire sand timer idea more interesting. It’s called the Awaglass and it’s a magnetic hourglass. This hourglass uses magnetic iron fillings instead of sand so that amazing and appealing shapes can be created when the sand seeps into the bottom of the hourglass. 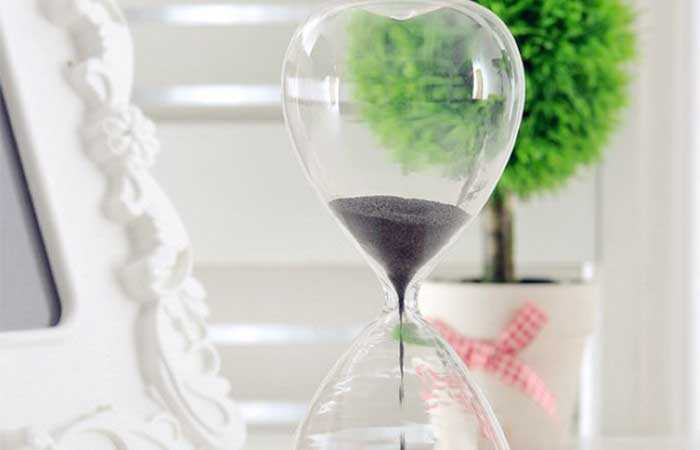 The hourglass itself is masterfully hand-blown and the wooden stand which keeps it in place is fitted with magnets so that its magnetic sand effect can be made possible. The Awaglass is a very interesting item which can come in handy if you’re tired of modern timers and would like one in which traditional meets the modern. This approach to making the hourglass more appealing can be compared to the use of ferrofluids in new “lava lamps” as they create interesting shapes. It is also perfect as a gift if you have some birthdays coming up. 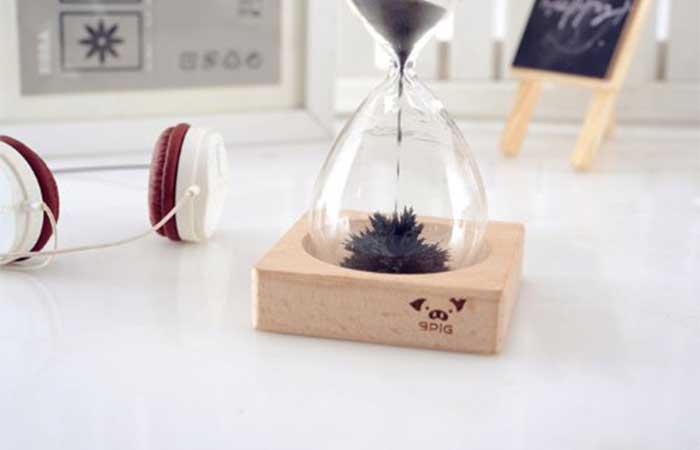 It takes exactly 60 seconds for the “sand” to seep through to the bottom, and the magnet in its base won’t speed up the process by attracting it by force. 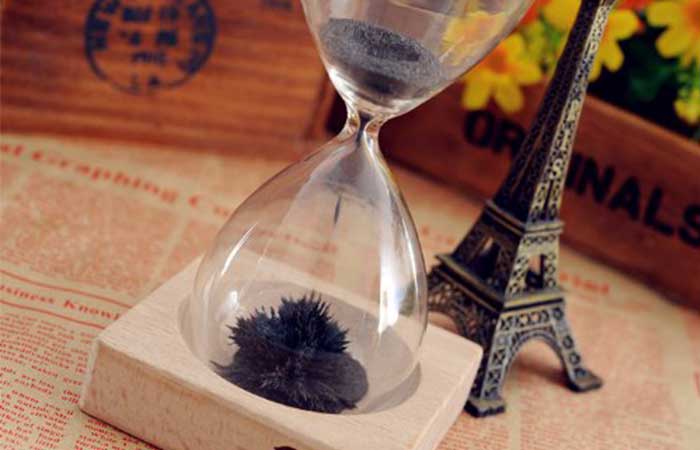 The Awaglass can look cool on a shelf in your home, or you can purchase it as a gift for someone else

Check out the Awaglass in action below.