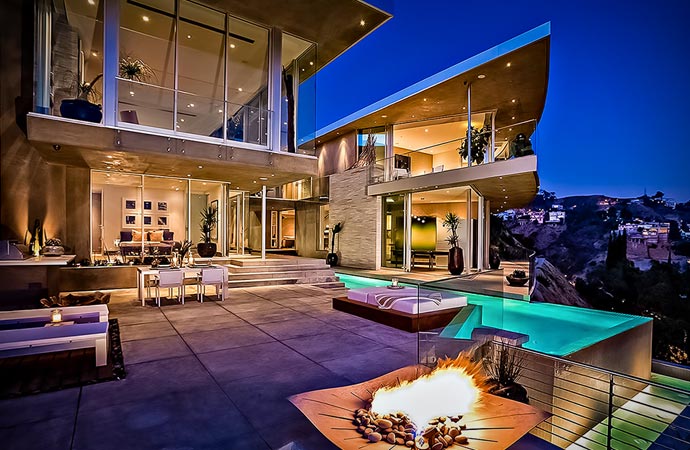 If you have ever wondered what would it take to earn $16 million and buy a plush house in the Hollywood Hills, a Swedish DJ and a two-time Grammy-nominee Tim Bergling, a.k.a. Avicii, has the answer. Did you know that over 300 million YouTube users have seen the video for his song “Wake Me Up”?  However, we are not here to discuss Avicii’s impressive musical success, but rather his incredible Hollywood bachelor pad.

Let’s start with the location, amazing views and stunning scenery. This marvelous home is perched atop the Hollywood Hills, just above L.A.’s Sunset Strip. Avicii bought the house from the CEO of the U.S. branch of Toni & Guy hair empire, Bruno Mascolo for exactly $15,750,000, leaving Mr. Mascolo with a cool $5,750,000 profit.

The house was designed by a contemporary-minded architect Paul McLean, and built by a Los Angeles property developer Brad Kuish. Interior designer Ryan Brown was in charge of the décor. The house spans 7,007 square feet and it has six bedrooms and seven bathrooms. 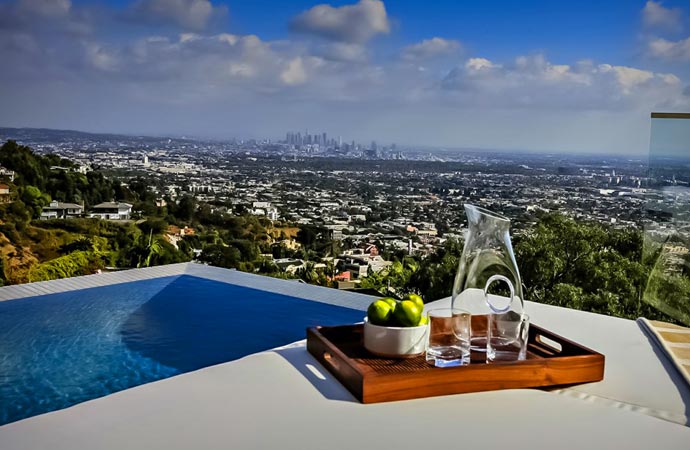 To call Avicii’s house ergonomic would be unfair, since everything here is perfectly proportioned and symmetrical. This H-shaped house has two wings with a spacious Italian-crafted kitchen equipped with all sorts of expensive appliances, a huge walk-in wine cellar, a dining area the size of a banquet hall and two enormous glass walls which give you unprecedented views of the Tinsletown.

The upper level of the house comprises of a study and a relatively spacious master suite with a marble bathroom and an all-glass shower. Additionally, the house boasts a state-of-the art media room, a game room, a fire feature, and a bar. The opposite wing has a few more bedrooms and bathrooms, as well as a garage for four cars. Of course, no Hollywood house would be complete without an infinity pool (Avicii’s is ‘mere’ 75 feet long), a sunbathing area and a barbecue station. [via] 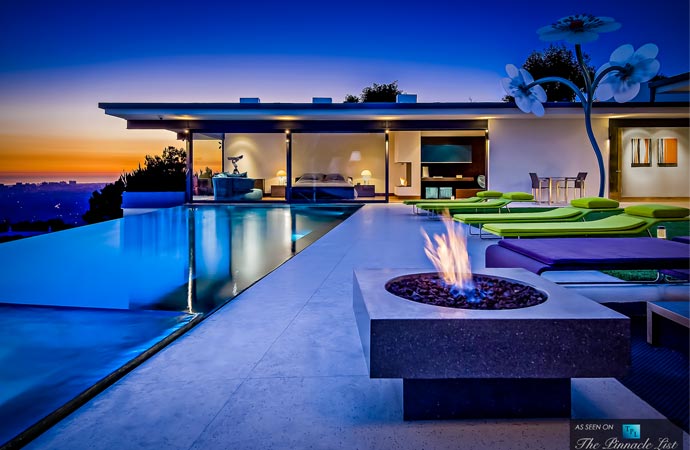 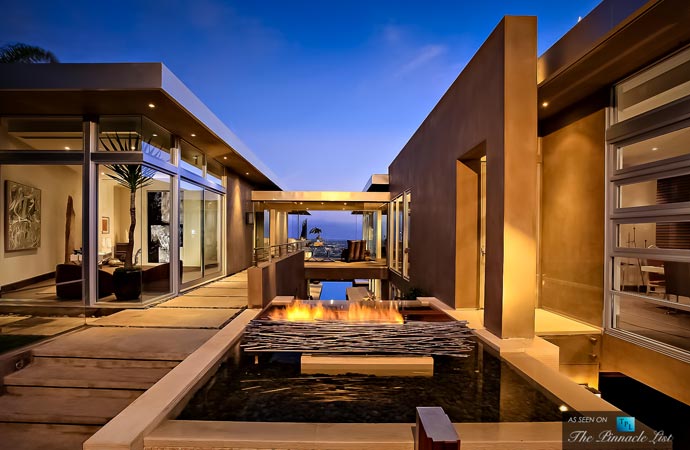 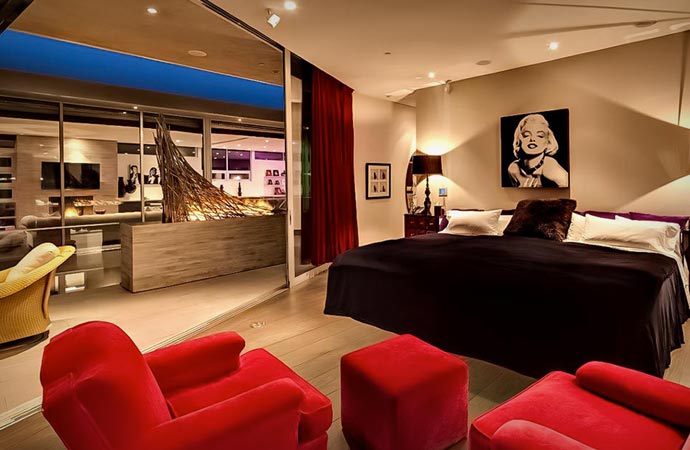 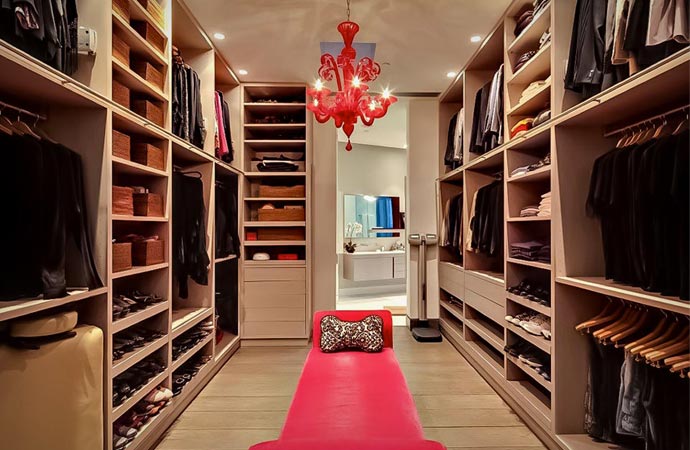 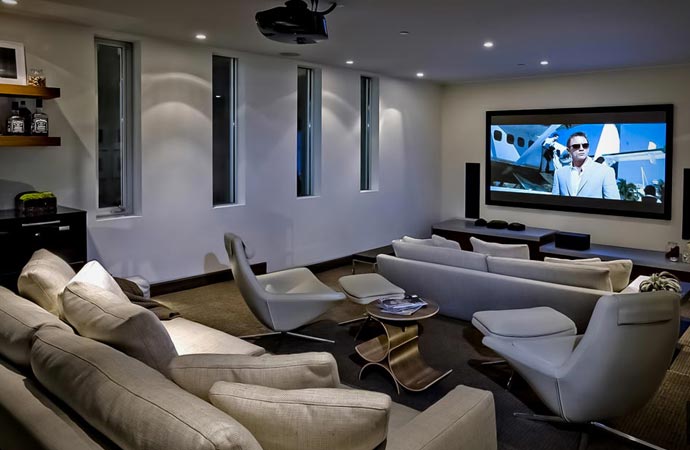 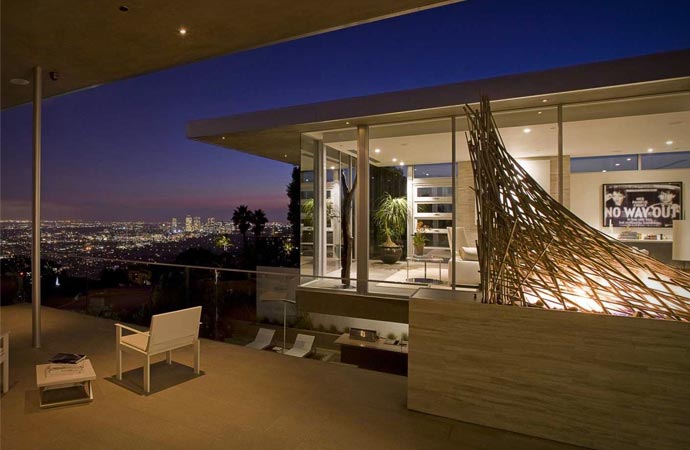 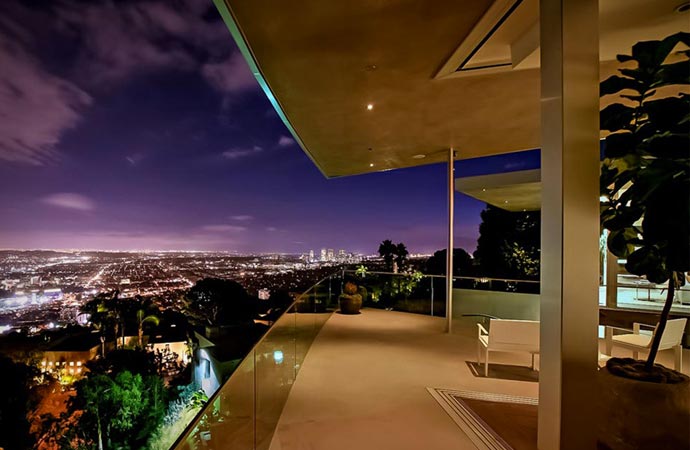 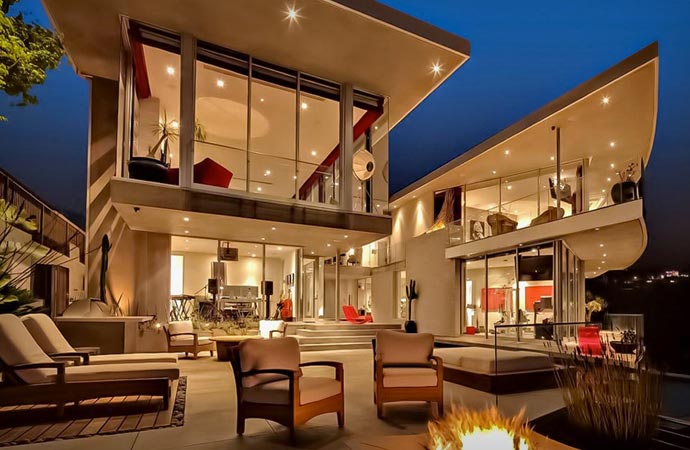