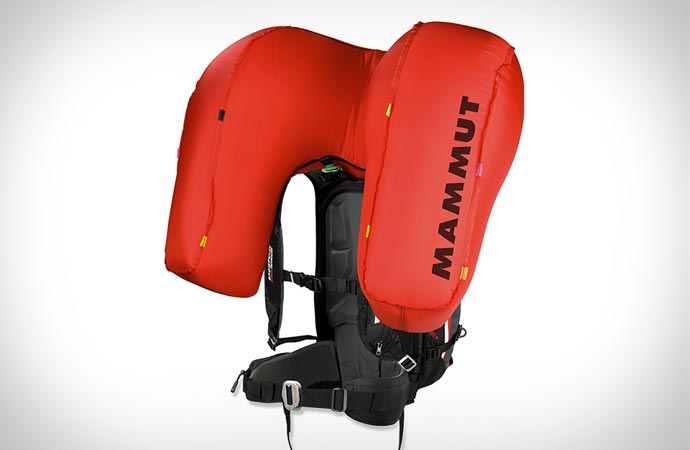 During the 2012-2013 season, 24 skiers, snowmobilists, snowboarders, hikers, and climbers either died or were seriously injured in avalanches in the U.S. alone. Increasing the survival rate and reduce localisation time of the people caught in avalanches has been the foremost concern of a Swiss company Mammut when creating the Avalanche Protection Airbag.

The shape of the Avalanche Protection Airbag provides excellent protection for the user’s head, neck and chest, keeping them safe from mechanical injuries (15% to 32% of all avalanche deaths are caused by mechanical trauma), and ensuring that the head and upper body remain on the surface. Not only does the bag protect you from injuries, but it also increases your survival chances by preventing the complete burial. 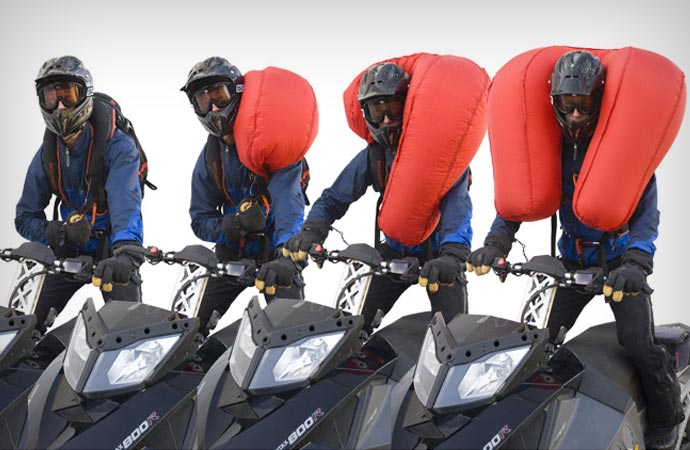 Mammut has produced two different versions of the same airbag – RAS (Removable Airbag system) and PAS (Protection Airbag System). The latter has an extended neck wrapping bag, as well as additional chest and head protection. This configuration will ensure that the wearer’s head comes on top of the snow when the snow finally settles.

The Removable Airbag System (RAS) is also a burial prevention aid, albeit much lighter than the PAS, and perfect for new and occasional users. It only offers protection from behind. Both systems have identical trigger handle and cable, and are made from the same airbag material to a high Swiss standard. It takes only 3 seconds for the airbag to inflate, and, once inflated, the bag won’t interfere with your vision or movement. watch video below 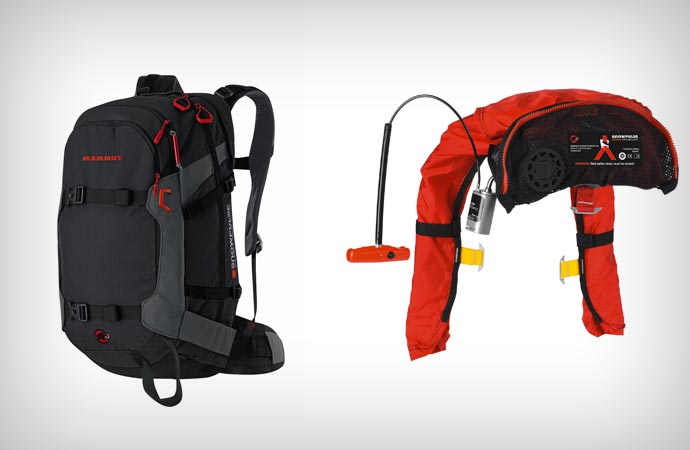