Many of the concept cars never see the light of day, but they are still eagerly reported about. Why? Because they mark the path that their manufacturer will follow, they design future trends and inspire new ones. Having all this in mind, even if the Audi A3 Clubsport Quattro never sees the streets of your neighborhood, it is very worth mentioning.

The Audi A3 Clubsport Quattro is based on the S3 sedan which had an already stunning 2l four-cylinder turbocharged engine with 300hp, but the engine has been changed and it is now a 2.5l in-line five cylinder engine, also turbocharged and tweaked. So, how big an effect does the additional half a liter of displacement have? Well, the car now has 525hp and 442 lb-ft of torque. Yes, from a 2.5l engine. That is 211.7hp per liter of displacement. Just as a point for comparison, you should know that the monstrous Veyron gives about 125hp per liter, albeit from a lot bigger engine.

This kind of a ratio enables the Audi A3 Clubsport Quattro to reach 62mph in just 3.6s and the top speed of 192mph. Once again, from a 2.5 liter engine. 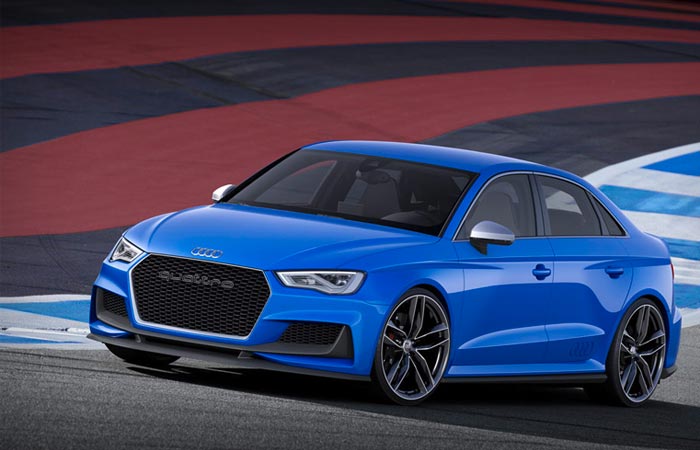 Of course, the engine is not the only necessity when it comes to fast driving so this Audi is packed with a 7-speed S tronic transmission with dual clutch and specially designed multi-plate clutch at the rear which serves to provide relief from the massive torque.

Similarly, the suspension is stiffened and the car is 10mm lower than the S3, while the car now packs carbon-ceramic brakes.

When it comes to aerodynamics, the Audi A3 Clubsport Quattro seems like a race car rather than a road car. A myriad of aerodynamic features increase downforce, including an air brake spoiler which automatically lifts during heavy breaking.

On the inside, Audi managed to create a great mixture of style, comfort and racing functionality. The interior is made of black leather with red stitching while the driver sits himself in a proper racing bucket seat. The inside breathes elegance but still reminds you that this is a proper sports car. [via] 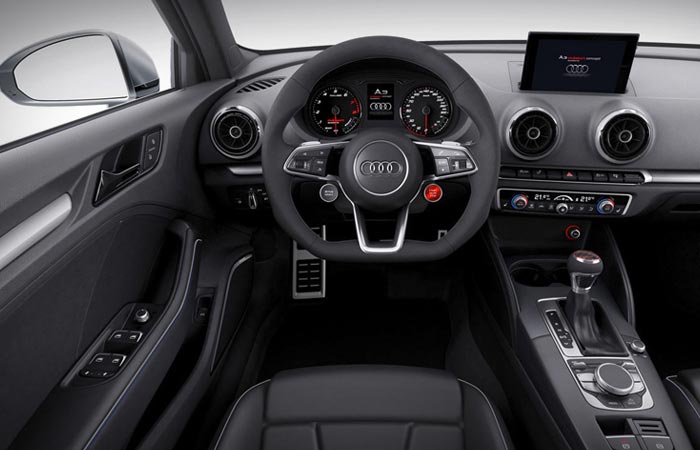 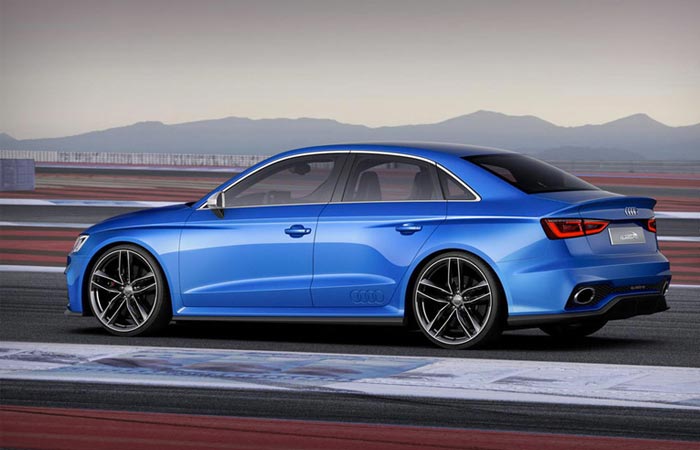 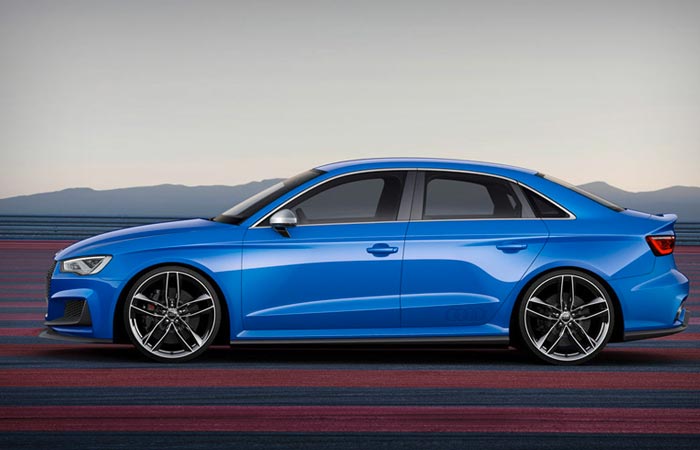