Silicon Valey-based startup called Actev Motors created the Arrow Smart-Kart. This kart is made especially for kids between ages five and nine. It has a top speed of 12 miles per hour (19km/h), but it can also be controlled by their parents via the smartphone application. Parents can set the speed and range limit using their iOS or Android devices, so it’s pretty safe to say that this vehicle deserves to be called “Smart-Kart”.

Although this electric vehicle is originally designed for children, it can support an adult that weighs up to 200 pounds (90kg), of course if a person is capable of squeezing in there. The smartphone app will allow parents to limit the range and literally prevent their children from wandering off too far. They can create a “geo-fence” and if at some point their kids break that barrier, the GPS will immediately slow the vehicle almost to the point of stopping. 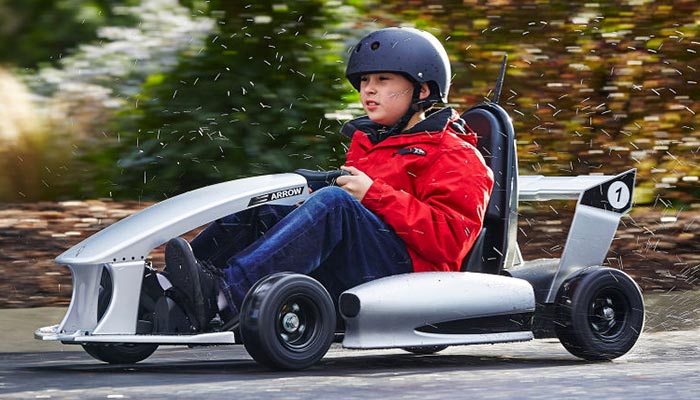 If slowing down the vehicle is not enough, the app also provides the emergency stop option that will shut down the Arrow Smart-Kart with just one tap of a button. Parents will also be able to see notifications that will alarm them in case the car has not moved for a longer period of time or if  the collision avoidance feature has been activated. In that case, parents will be able to recognize potential problems in time. 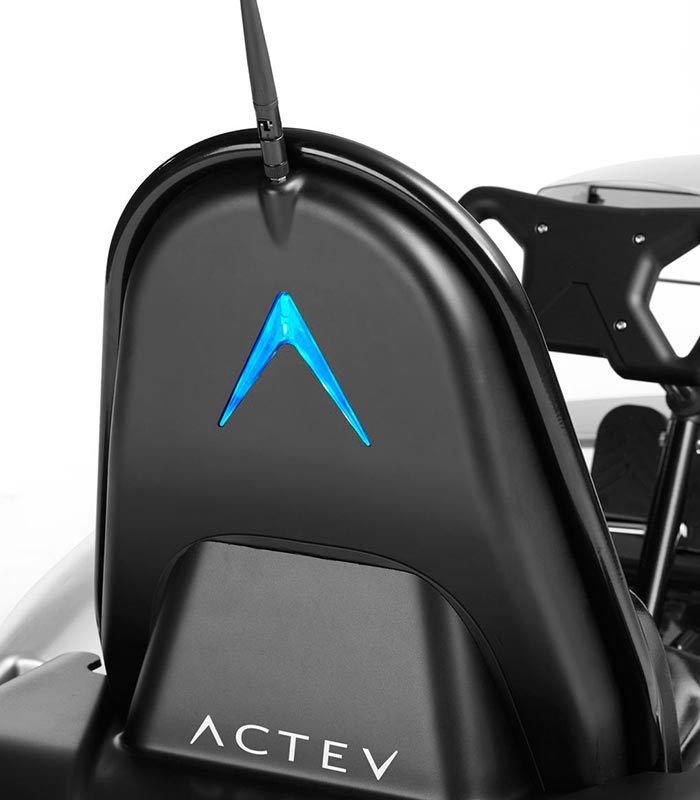 This vehicle has its own Wi-Fi and it can be controlled via the smartphone app. 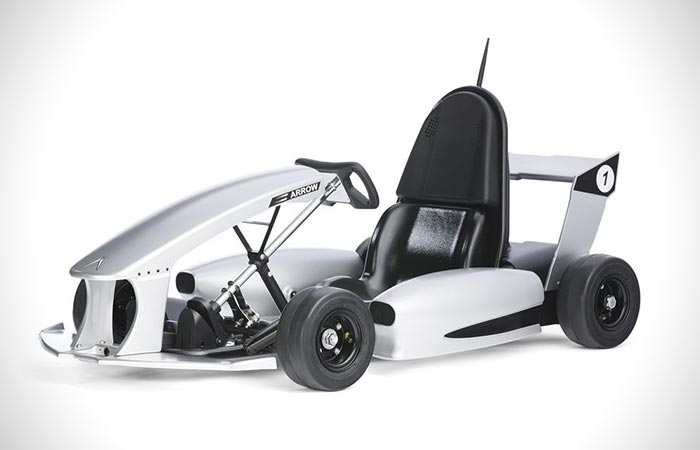 Parents can control and limit the speed and the range of the Arrow Smart-Kart via the app.

When fully charged, Arrow Smart-Kart will provide 30 to 60 minutes of fun, depending on how fast the kid is driving. The terrain is also an important factor, of course. If the vehicle is forced to overcome some hills, the battery will run out faster. Recharging the battery will take a whole night, but there is a quicker charger that can be purchased along with some other accessories that include additional batteries. 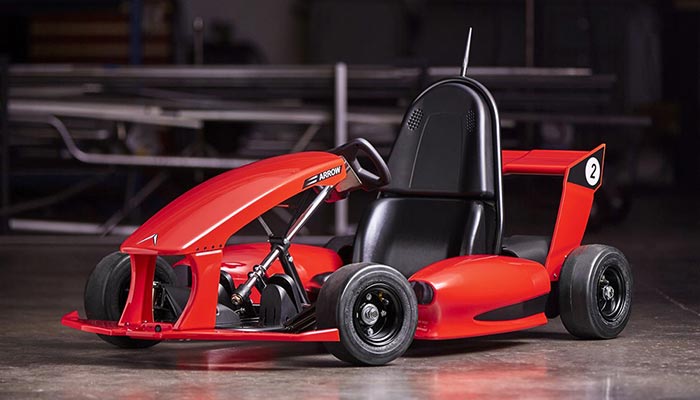 The battery on this electrical vehicle will last somewhere between 30 and 60 minutes.

The vehicle is going to set you back $600 but bear in mind that some accessories and additional features are essential for the full experience. Custom body kits, drifting wheel rings and steering wheel upgrades are just a few things that will be available. Arrow Smart-Kart is an electrical vehicle, but the smartphone app will provide you with some badass engine sounds such as the sound of V-12 Ferrari engine. 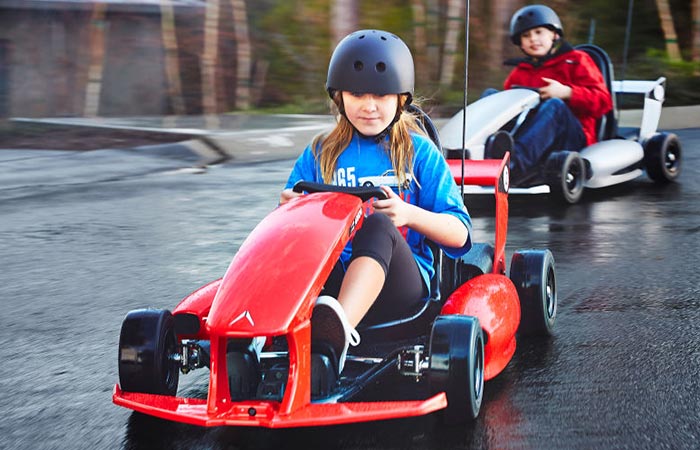 This vehicle is made for children between the age of five and nine and it costs $600.