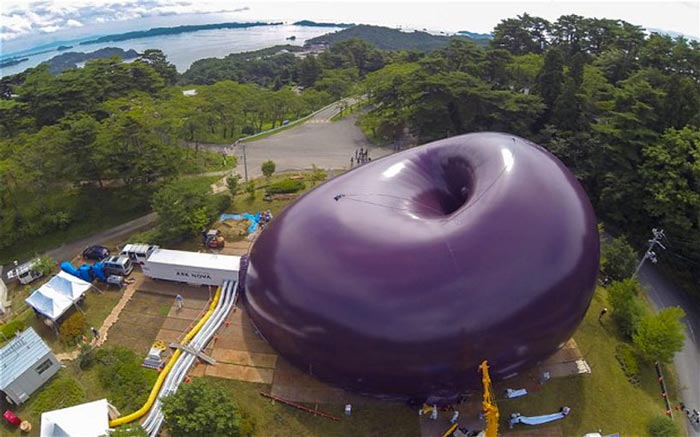 Ark Nova was created as a result of joint efforts of British sculptor Anish Kapoor and Japanese architect Arata Isozaki and it is the only inflatable concert hall currently in the world.

It is intended to host a wide variety of cultural events such as concerts, workshops and various other events in the area heavily damaged by the 2011 natural disaster that included an earthquake and a tsunami.

The Ark Nova is essentially a transparent membrane that resembles an open purple parachute. When fully inflated it can house about 500 people. The entire concert hall is easily transportable, which is very useful for such damaged areas and it takes only two hours for it to be fully inflated and ready to be used. From the above, the construction looks like a giant bean bag or a doughnut, but the interior is perfect for cultural events. The seating inside is made of cedar trees that were damaged in the tsunami as are the acoustic reflectors.

The general idea of the project is to “use music to bring hope and promise to those who are suffering” and it is sure to play a big role in overcoming the devastating effects of the 2011 disaster. [via] watch video below 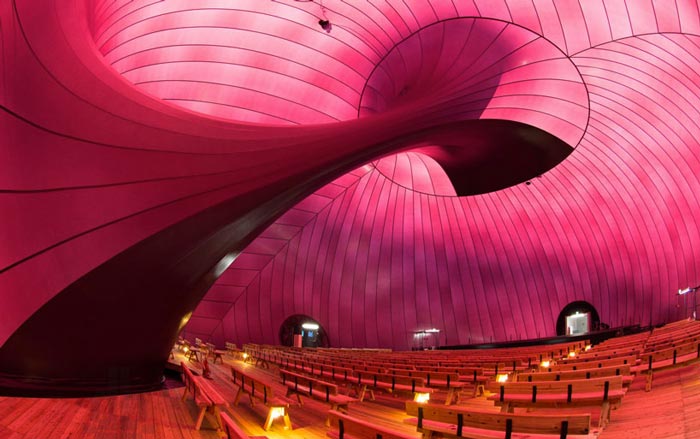 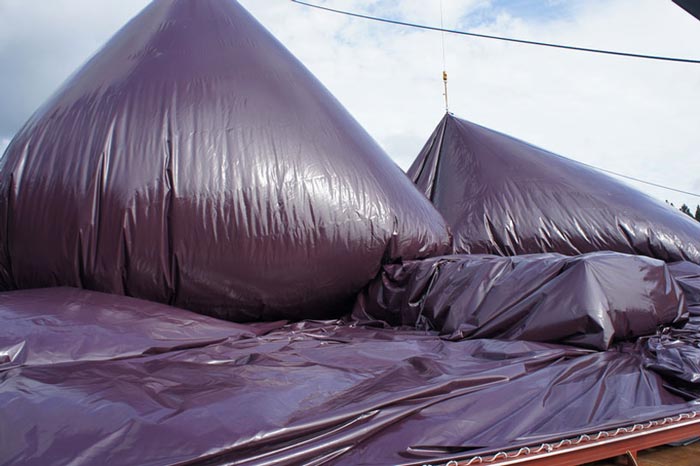 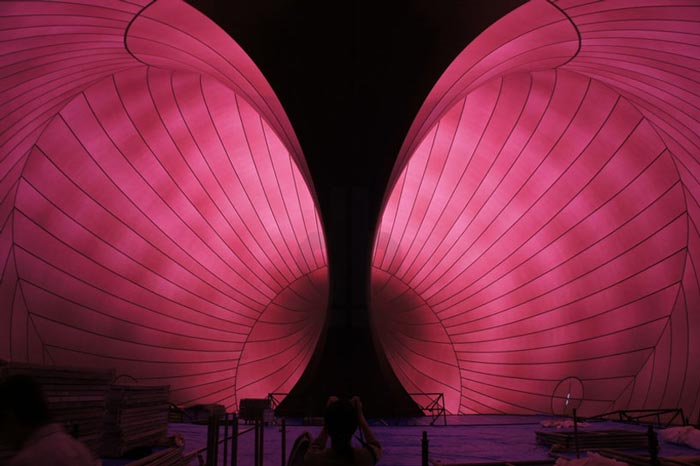 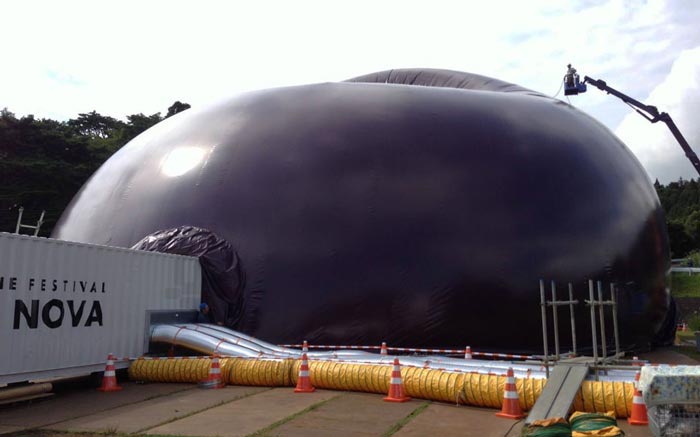 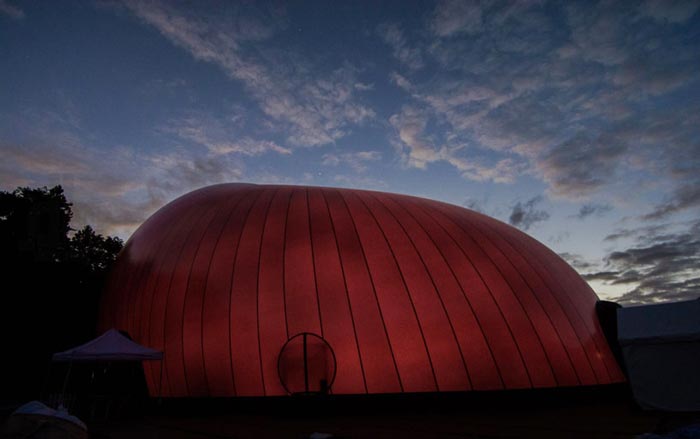 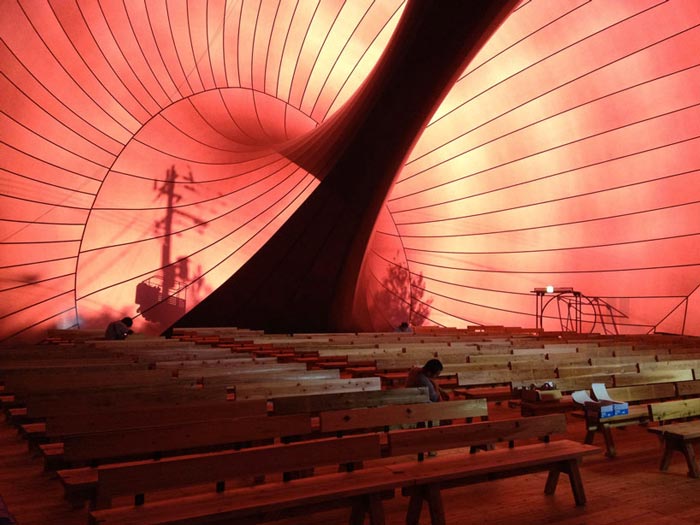 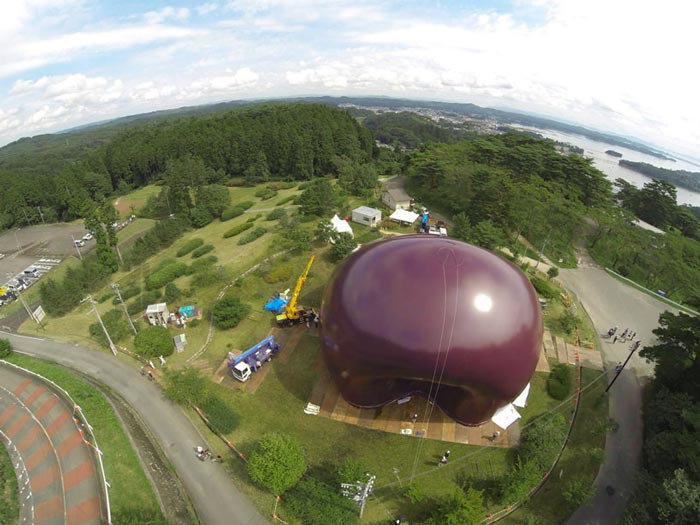