Ariel Nomad is a beastly vehicle, just like its predecessor Atom, only this one is the dream come true for all those adrenaline pumped drivers who prefer dirty roads to tarmac. It is definitely going to blow you away, since it can go faster off-road than many cars can on asphalt, which is absolutely outstanding.

There is no way not to compare Nomad to its older track-going brother, so the first thing everyone is going to notice that it looks very similar to it, but what it offers is totally different. This two-seat vehicle weighs about 700 kg (1,550 pounds), which means it is 150 kg (330)  heavier than the Ariel, but this fact is completely justified, because it is really reinforced, in order to be driven in extreme conditions. 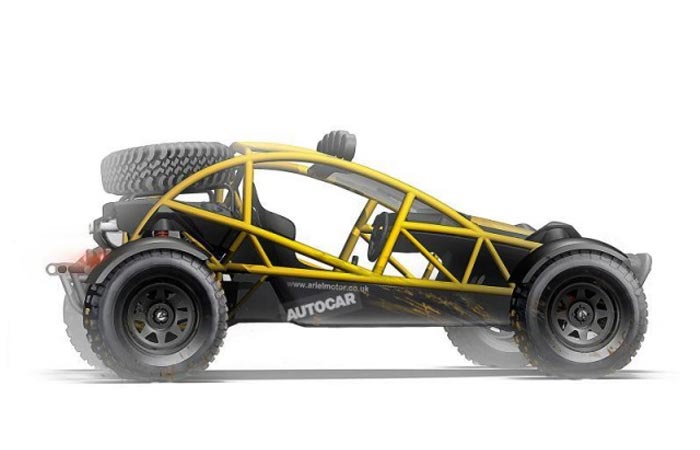 Massive deep-treaded tires, strengthened underbody, sturdy roll-cage, powerfully build chassis, durable suspension and a wind shield, of course, are not there only for the looks, but also for maximal protection. Nomad’s two driven wheels are powered by a 2.4-liter Honda inline-four engine, which produces around 200 horse power. It features a 6-speed manual transmission, as well. Naturally, this means that it will be very quick on paved roads, too, but still not as quick as Atom, because it is meant to be taken to rough terrains, such as forest tracks and rally stages. 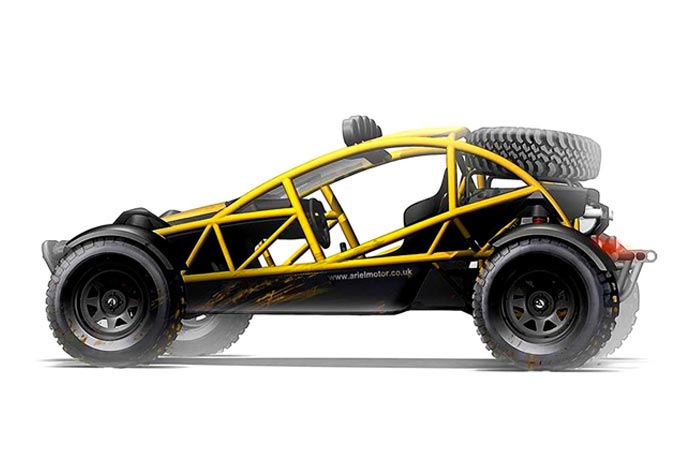 Ariel Nomad is an exceedingly fun car, or an all-terrain buggy, as some would say, that basically can take you anywhere, since it is unstoppable, so a beaten road or deep mud are not even a slightest problem for it. The price is yet to be announced, but it should not be more than $50,000. However, even if it were two times more expensive than expected, it would still be entirely worth buying it, especially if they produce a 4×4 version of it.