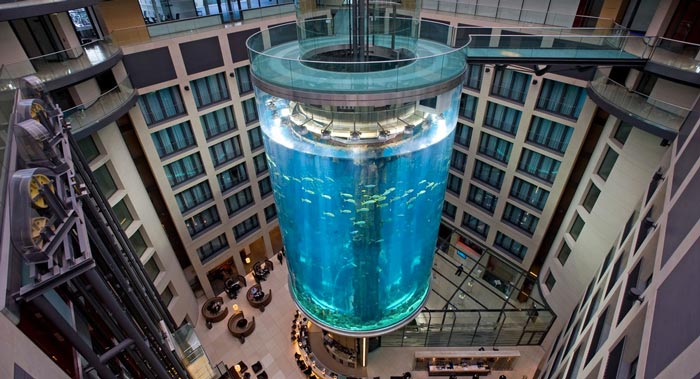 The world’s biggest cylindrical freestanding aquarium is not in the US, or Japan or any other ocean-bordering country – it is, believe it or not, adjacent to the Radisson Blu Hotel at 3, Spandauer Straße, Berlin, Germany, or, more precisely, at the very centre of the hotel’s lobby. The aquarium is called AquaDom, it was built in 2004 and it cost 12.8 million euros.

It boasts one million litres of sea water, a coral reef, and is an awe-inspiring habitat for 1,500 fish, including trigger fish, hogfish, humphead wrasse, blowfish, surgeonfis, soldierfish, and swarm fish which usually inhabit the subtropical oceans (the Indian and the Pacific), and 3,500 other aquatic animals. 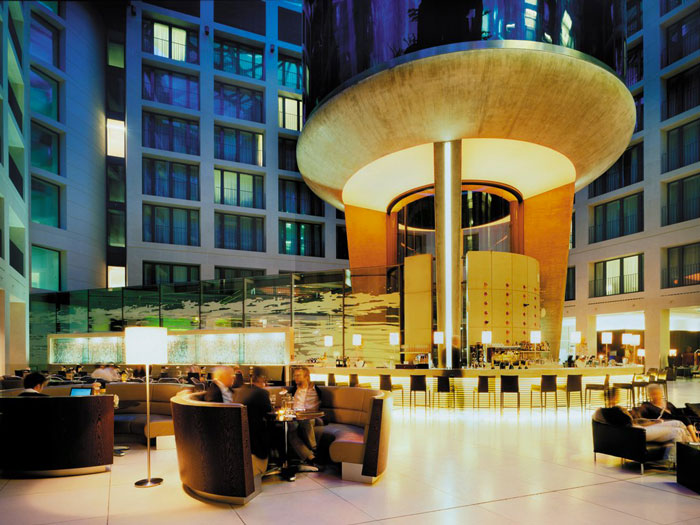 The aquarium stands at 25 metres high and has 30 fresh and saltwater tanks. It is made from 16-cm-thick acrylic on the top and 22-cm-thick acrylic at the bottom, and it sits on 10 metres of concrete foundation. Once there, you should not miss the Sea Life discovery tour, where an enormous built-in transparent elevator will take you on an underwater trip through the very middle of the aquarium. Unfortunately, the hotel guests cannot go for a dive in the aquarium, but you can watch divers clean the tanks and feed the animals. Daily feeds take place at 2 pm every day except Wednesday. 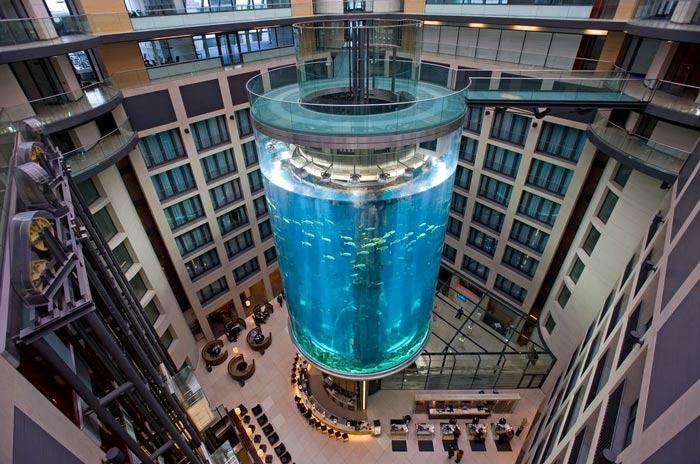 Another good thing about the AquaDom is that you can enjoy it without ever leaving the Radisson Blu Hotel. The hotel itself is in the class of its own – it has top of the line amenities like high-speed wireless Internet and LAN, a modern fitness centre, a swimming pool with a counter-current system, several saunas (a bio sauna, a Finnish sauna), Kneipp-foot bathtubs, a steam bath, a relaxation room, and massage and beauty treatments, to mention just a few. The hotel also has 427 rooms with views of this amazing sea world, or, if you prefer not to look at the fish all the time, there are also rooms looking out to Berlin. watch video below 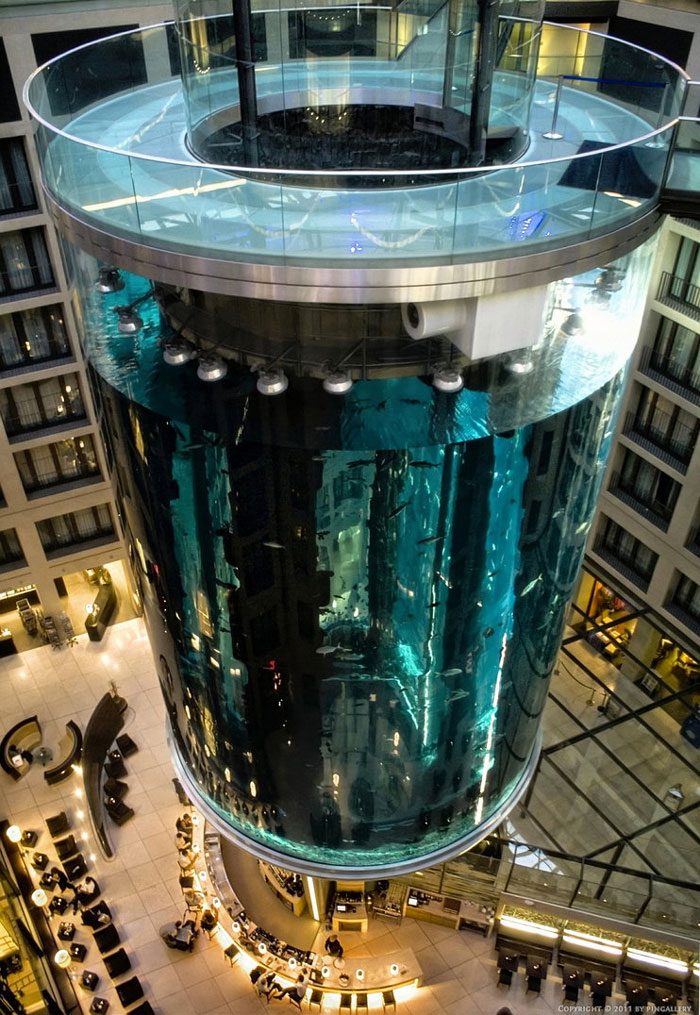 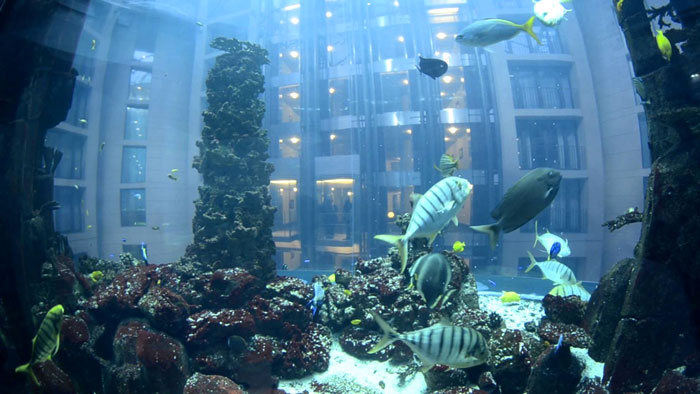 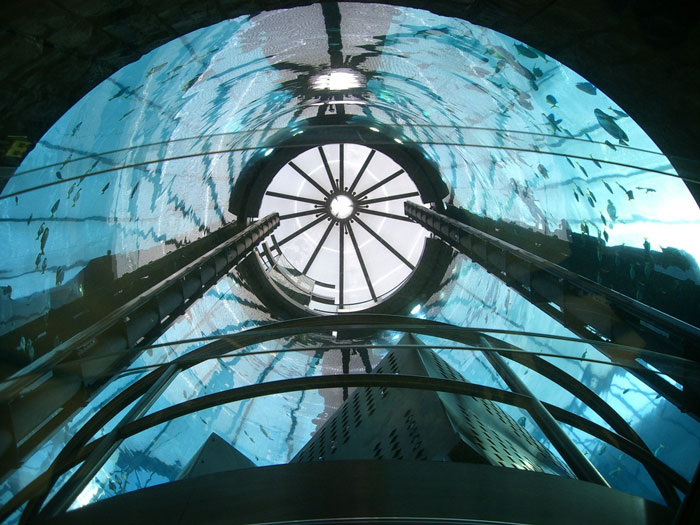 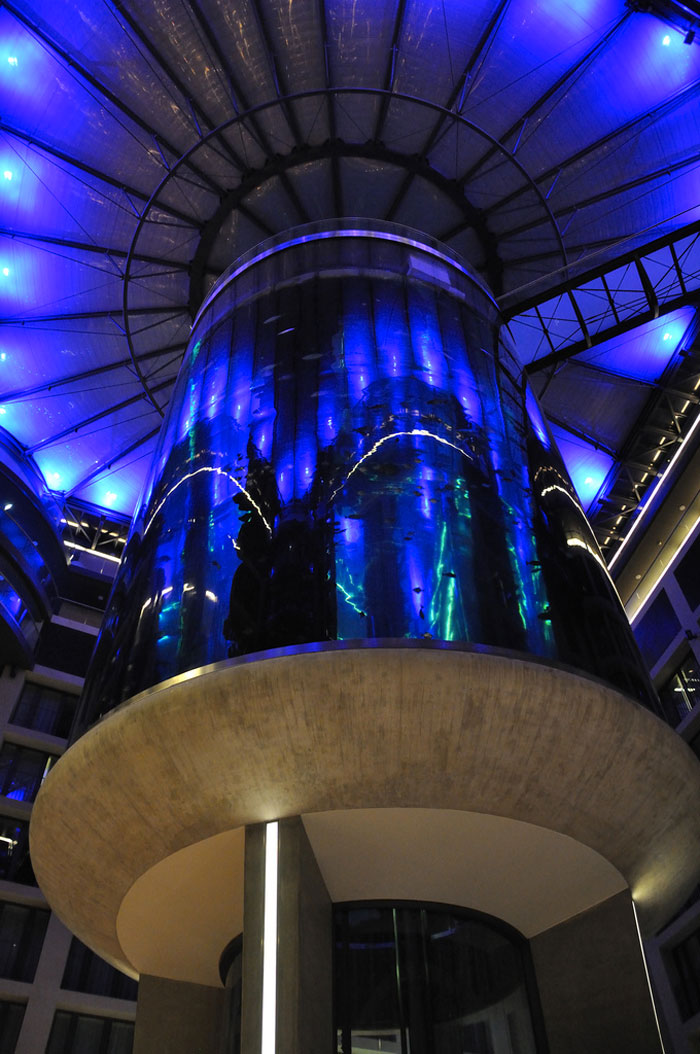