We’re continuing with houses that have unique and cool architectural solutions. Next on our list is the Ansty Plum House. It got its name from a cute village called Ansty in England where it’s located and what’s special about it is that it’s gone through an extensive renovation process. The project was done by Coppin Dockray Architects and later won the award for ‘Best Renovation’ in the 2015 Telegraph Homebuilding & Renovating Awards.

The house was first built in 1964 by David Levitt but after so many years, the damage was evident, from structural failure and decay all the way to problems like water ingress. Coppin Dockray did fantastic work in creating an efficient family home while trying to preserve the old building. 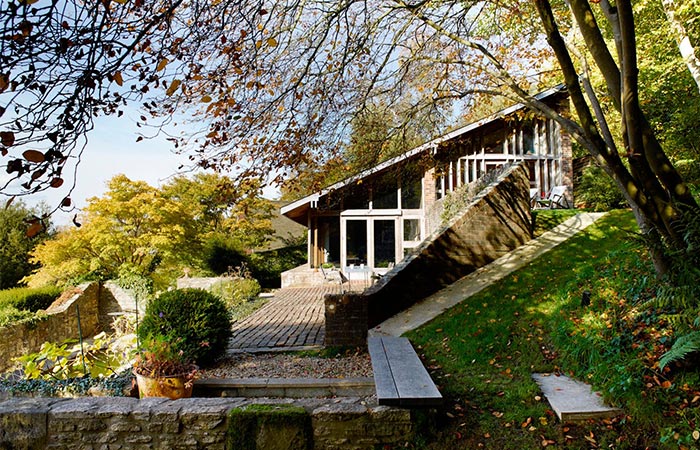 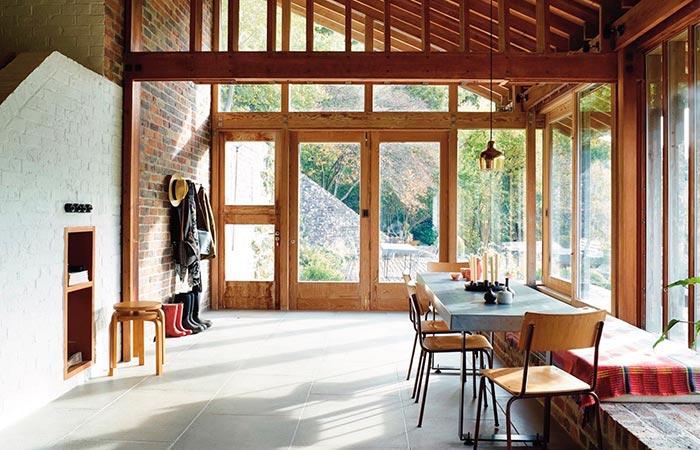 The house was remodeled by Coppin Dockray Architects. 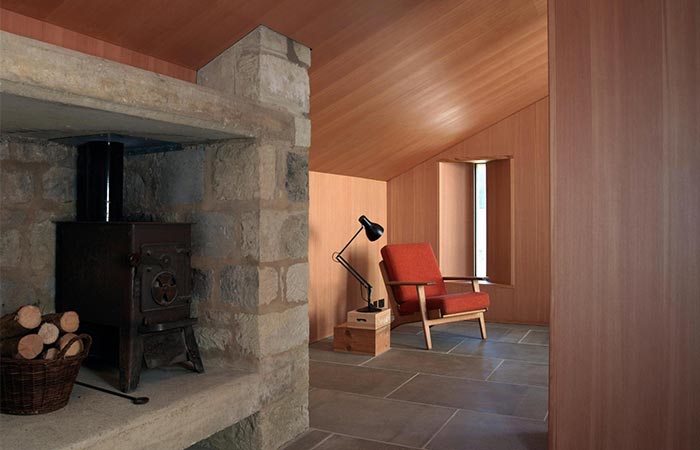 The original house was build in the 60s.

The house itself consists of two buildings with one part being a house and the other a studio and garage. It’s located on a beautiful steep hillside and features a lot of brick and timber, as well as plenty of natural light. It has underfloor heating systems and an insulated zinc roof. The now efficient thermal performance reduces carbon emissions by 80% annually. 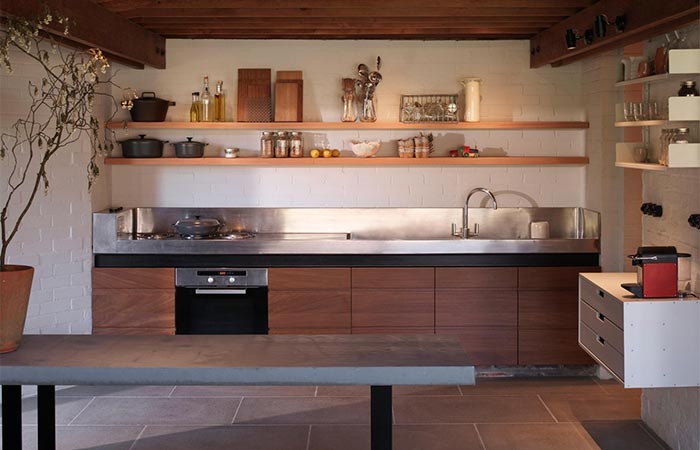 There are two buildings- the house and a studio with a garage. 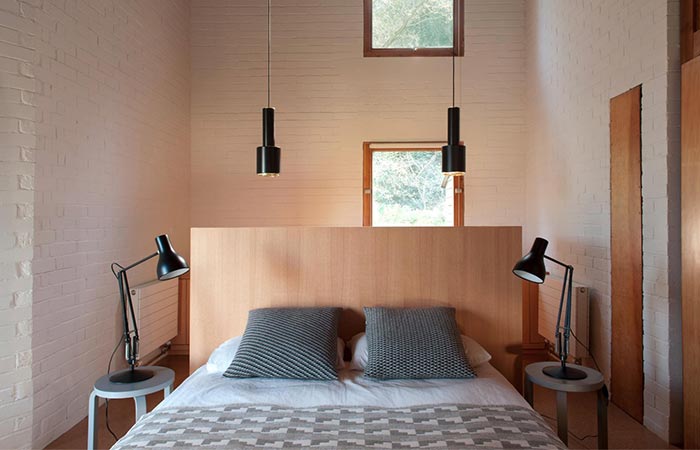 The interior of the house features mostly brick and timber. 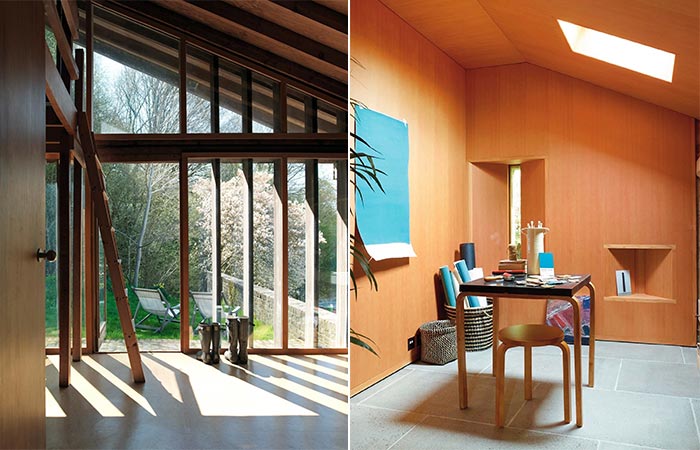 The house has a lot of natural light.

The washroom is really fascinating, it’s 2m high with a great view of the outdoors. As for the interior, it gives off a warm, rustic atmosphere and the outdoor pond has been transformed into a natural swimming and wildlife pond. 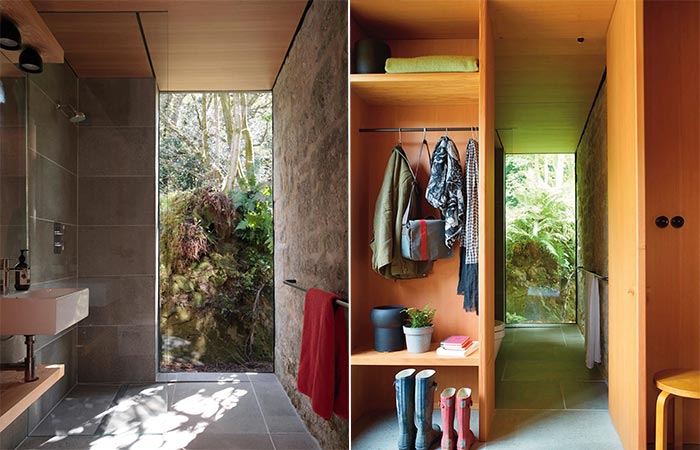 The view from the washroom is pretty impressive. 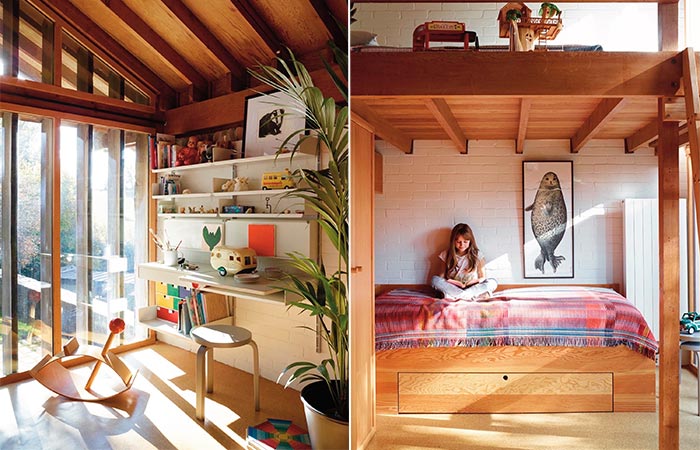 The room for kids is very bright and cheerful. 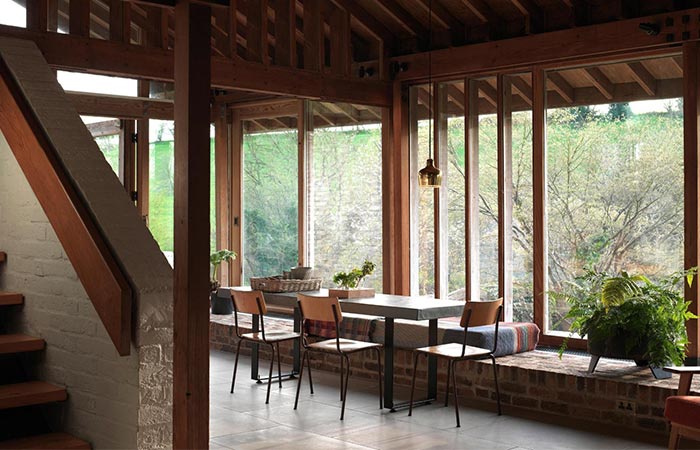 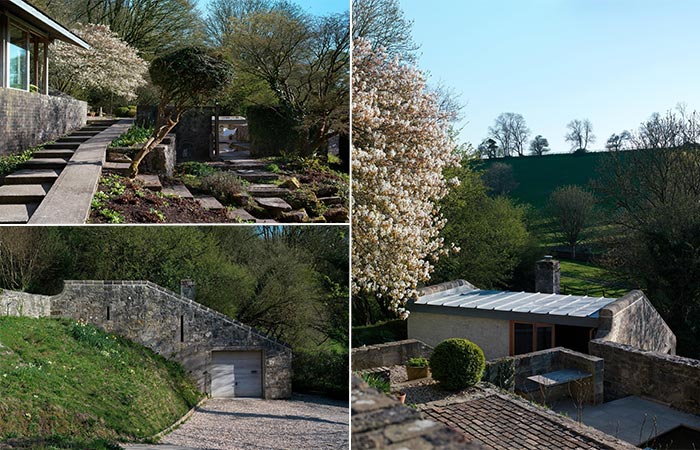 The second building is behind the house.