There are selfies in this world that you will not get tired of seeing because they don’t feature unnatural posing, ‘duckfaces’ or photoshopping, and their main stars are not attention seeking individuals but animals. Art director Silvio Medeiros came up with a brilliant campaign to promote wildlife photographs by depicting animals taking selfies in mirrors.

Medeiros says that “the whole idea is to show people that even during ‘selfies’ and ‘Instagram’ fever, decent images can still be produced. Now it seems like everyone practices the art of photography, but in reality there are few people who know how to produce a top-quality photo.” By being humorous and original, Medeiros is hoping that the campaign will highlight the high quality of wildlife images.

The campaign took nearly two months to produce and it was created in collaboration with Diomedia Stock Photos Brazil. The animal selfies are so adorable and humorous that you cannot help but wonder why hasn’t anybody come up with this idea earlier. From pandas in elevators, gorillas in bathrooms to koalas in bedrooms and grizzly bears in front of mirrors, this ad campaign – called “There are lots of terrible animal pictures out there” – will absolutely hit the mark with the targeted niche of wildlife photography lovers. [via] watch video below 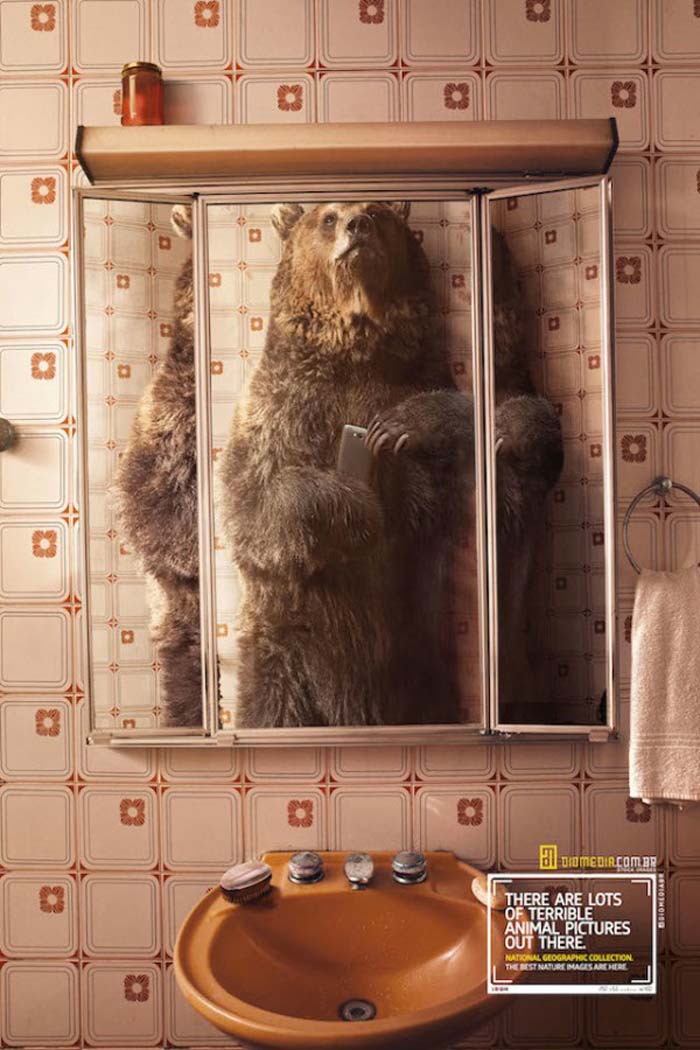 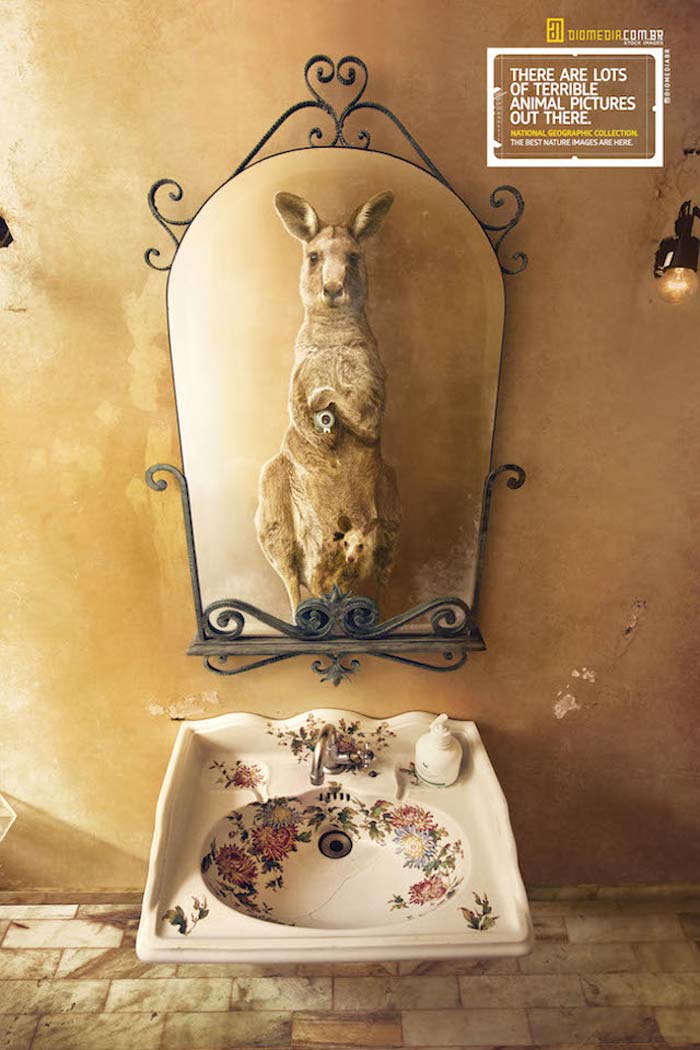 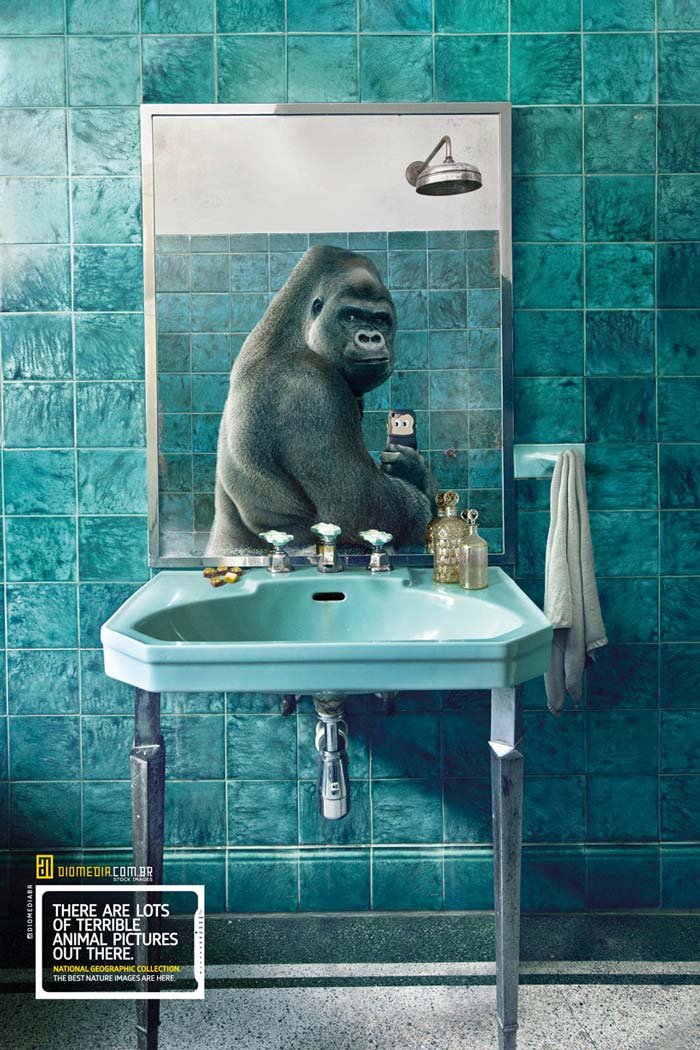 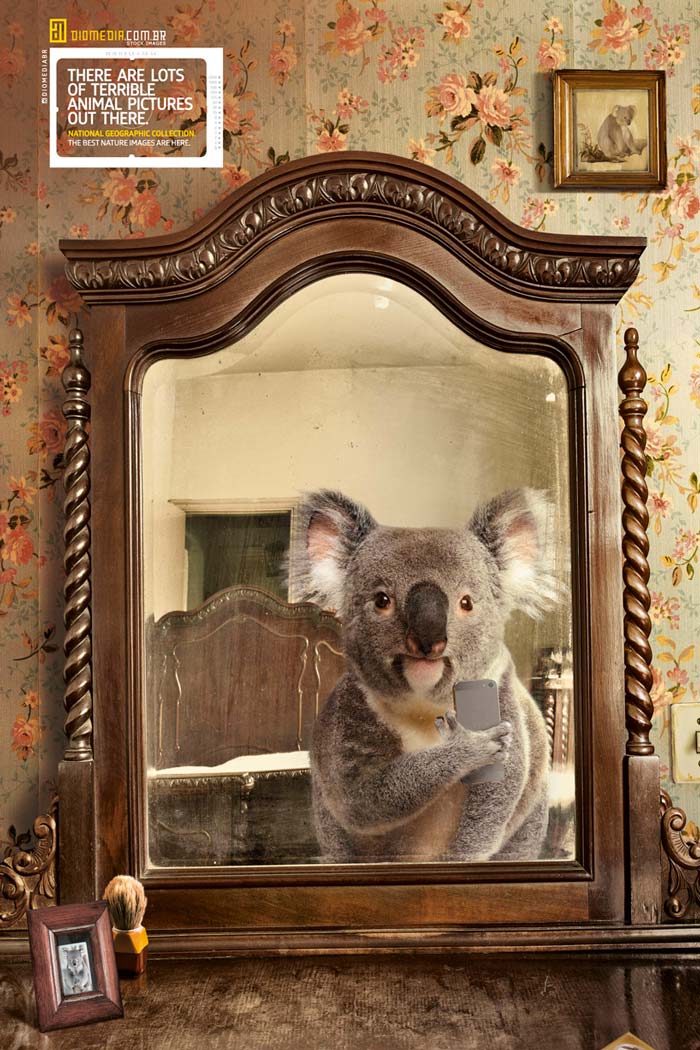 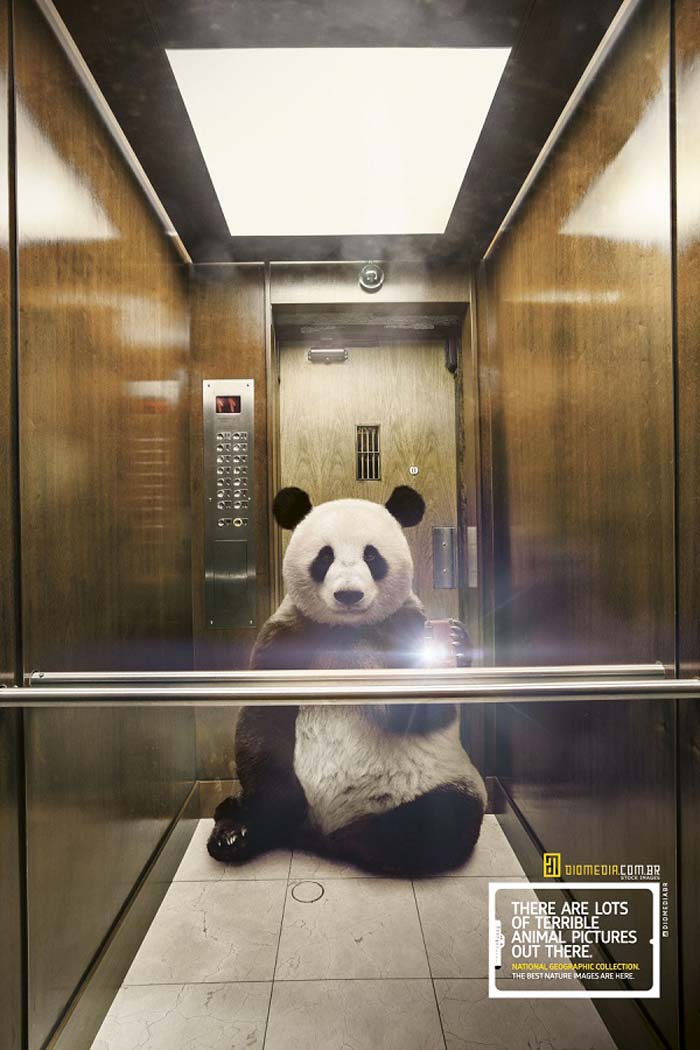