Amazon has unveiled it’s plans to create a new delivery system a couple of years ago, but since then not much has been done (or at least revealed to the general public) to make Prime Air a real thing. For those of you who are unfamiliar with this concept idea, Amazon is seeking to revolutionize their delivery system by making deliveries with drones. A drone-based delivery system sounds like a terrific idea on paper, but it’s going to be a long and hard road for Amazon if they’re serious about seeing this plan through.

The latest news about Prime Air regards how it would operate without interfering with other aircrafts and staying out of the line of sight of the general population. Gur Kimchi, vice president of Amazon Prime Air, shared their ambitious plan during a conference at NASA’s Ames Research Center, which would simplify the use of commercial airspace in order to pave the way for the launch of their service. Their plan is to have the drone delivery system use the airspace between 200-400 feet while everything below 200 feet is reserved for anyone who uses drones for aerial photography or similar hobbies and everything between 400-500 feet is a no-fly zone. 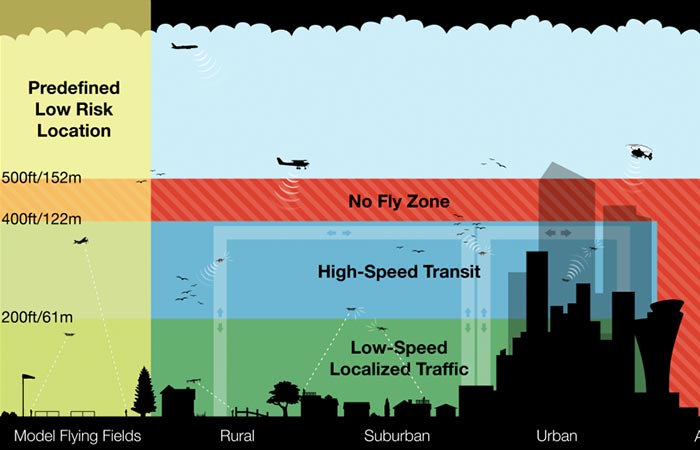 The main issue with implementing drones in commercial use lies largely in the fact that it’s currently not legal to do this at all, but Amazon has a proposal which will make this issue favorable for everyone (you can read it here). We here at Jebiga.com do like a good drone and we have featured a lot of them which is why finding new applications for the whole unmanned aerial vehicle platform really excites us. And if their proposal works and the entire plan gets in motion, we can’t wait to see just what kind of drones they will end up using. [via] watch video below 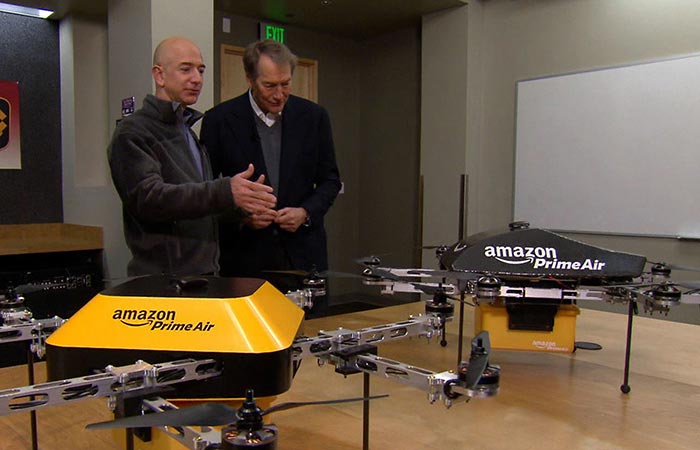 Video below gives you an idea how Prime Air can speed delivery times to 30 minutes, reducing delivery costs for Amazon and creating 0 emissions in the process.