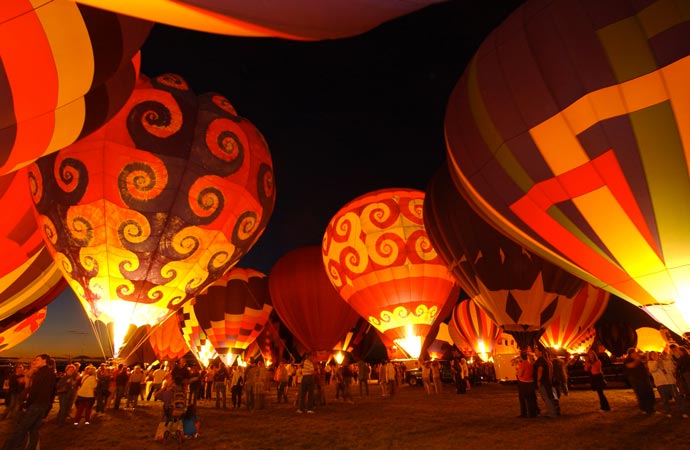 What is the most colourful, entertaining, visually spectacular, enchanting, propane-laden festival in the world? It must be the Hot Air Balloon Festival in c, New Mexico aptly called the Albuquerque International Balloon Fiesta which takes place every October. For nine days, the Festival is swamped with hot air balloons of all shapes, sizes, and colours, over 700 of them. The Fiesta starts with the Dawn Patrol when all balloons take off just before the sun comes out. Sandia’s Mountains provide a fantastic backdrop to this surreal scene where the heads of Darth Vader, Elvis Presley, Snow White, Octopus, Arabella the Dairy Cow or Angry Bird fly above you. However, the most sensational event at the Fiesta is Mass Ascension when all 700+ balloons take to the skies at the same time.

The Albuquerque International Balloon Fiesta dates back to 1972 when it was held for the first time as a part of the 50th birthday celebration of a radio station 770 KOB. The station’s manager asked the proprietor of Cutter Flying Service Company, who also owned a hot air balloon, to use the balloon in the birthday celebrations. Eventually, the two started developing an idea of putting together the largest gathering of hot air balloons in the world (at that point, the largest assembly was 19 balloons in Great Britain). There were only 13 balloons launched at the first ever festival in Albuquerque. Thirty years later, the number grew to over a thousand. However, for safety reasons, the Balloon Fiesta Board limited the number to 750 in 2001. Today, this is the largest hot air balloon convention in the world.

You might wonder why was Albuquerque chosen as the site of the biggest hot air balloon festival in the world? Because the area is known for its cool morning temperatures in October and for the Albuquerque Box, a set of wind patterns that are almost ideal for navigating the balloons.

Lastly, here’s a little bit of hot air balloon trivia for you… Did you know that the first hot air balloon was invented in France in the 1700s, with a sheep, a duck and a chicken being the first passengers? watch video below 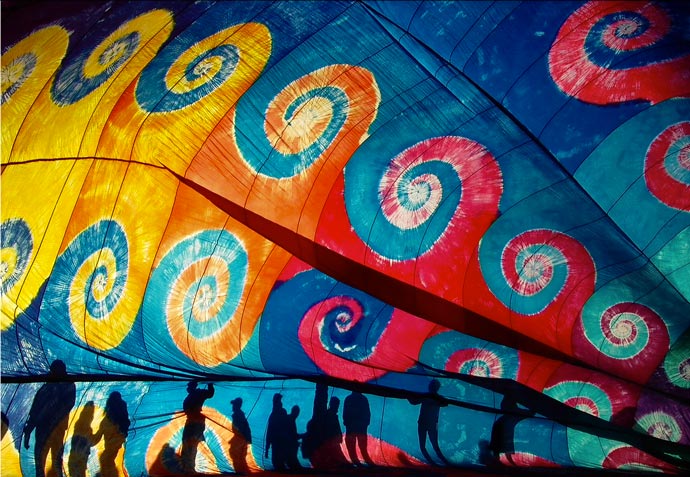 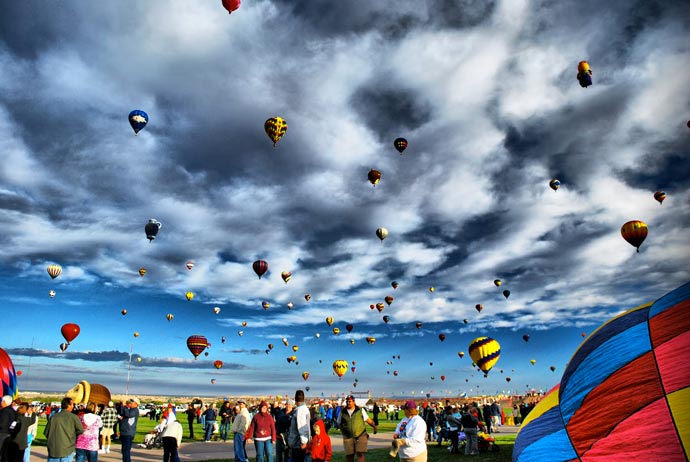 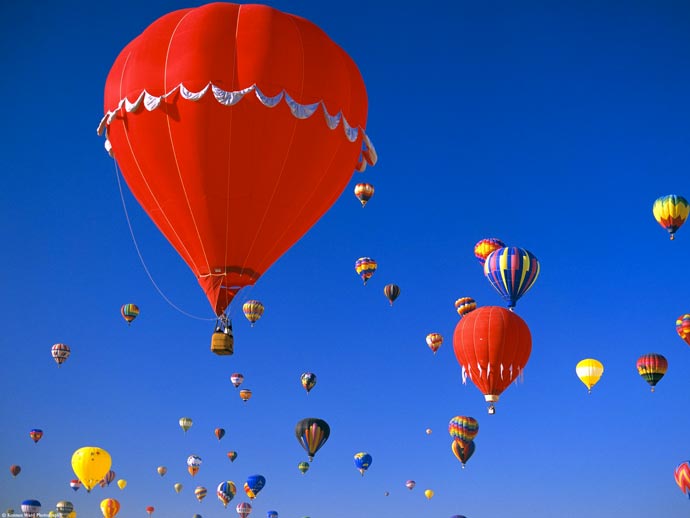 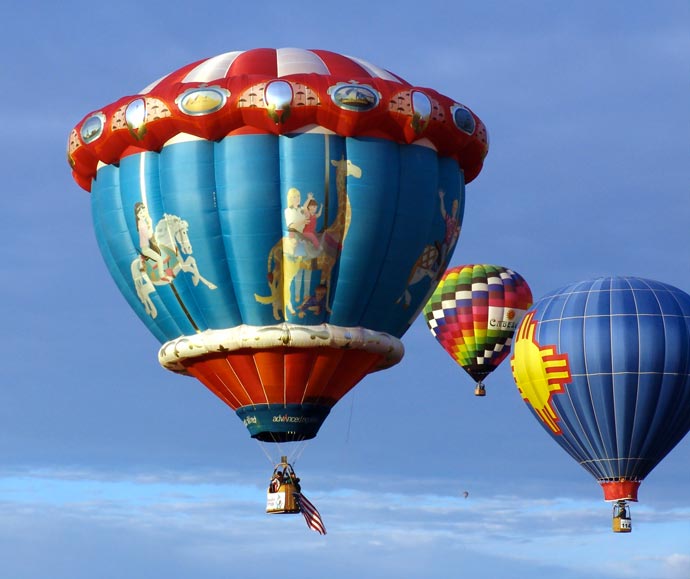 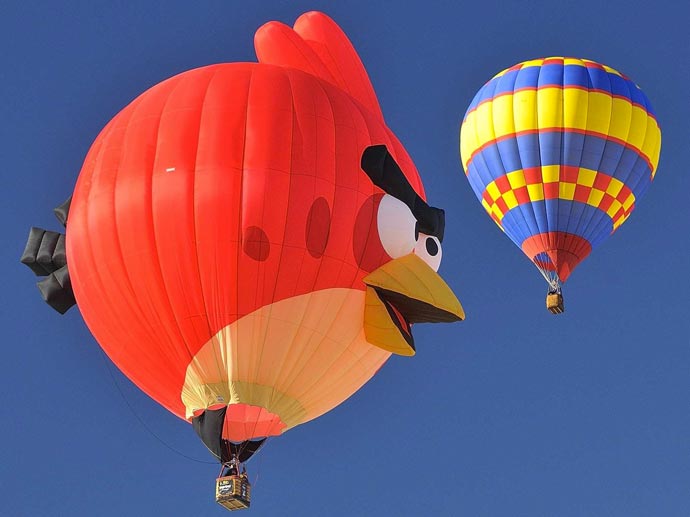 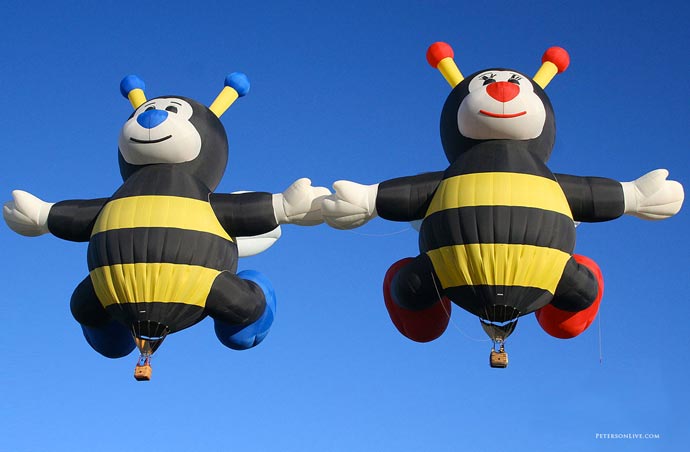 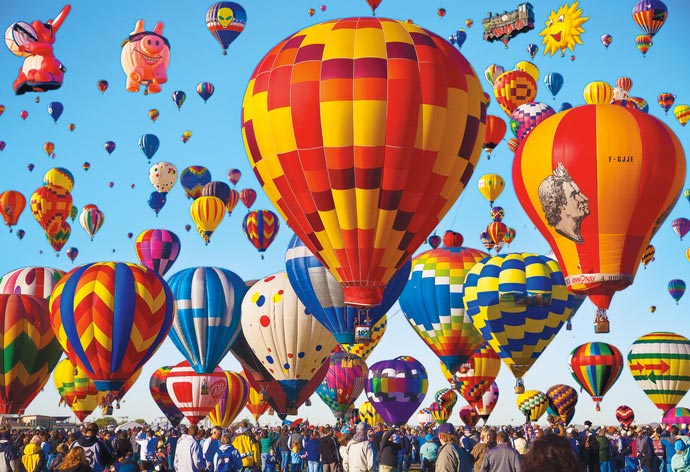 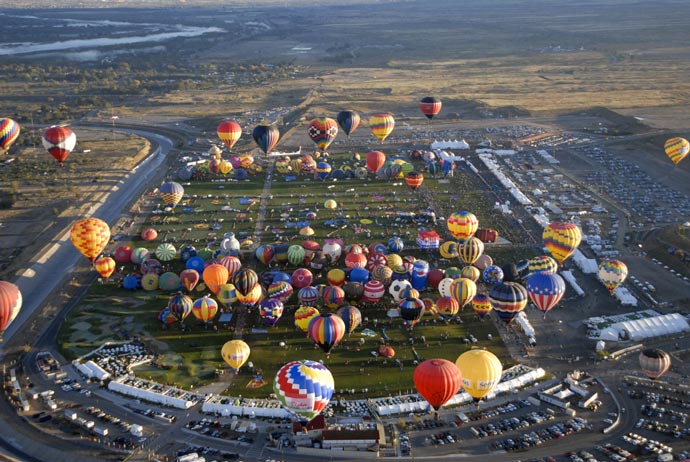 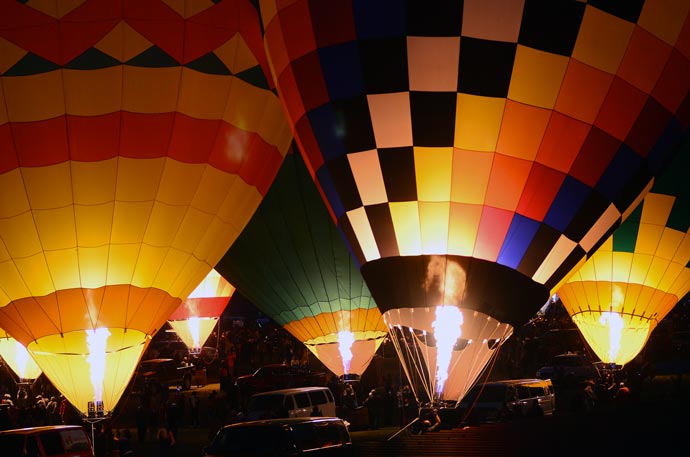 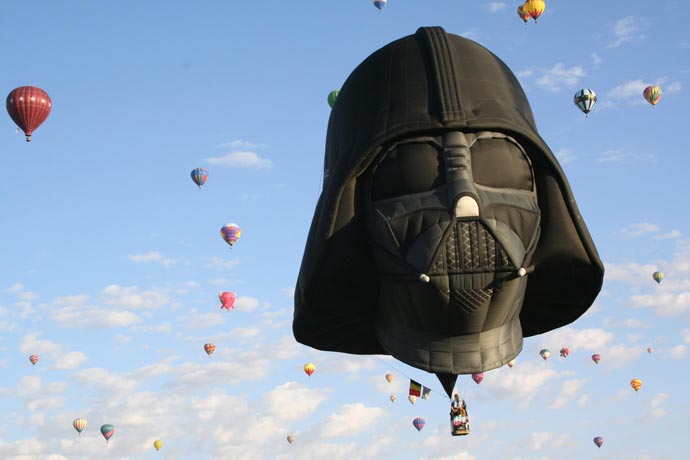