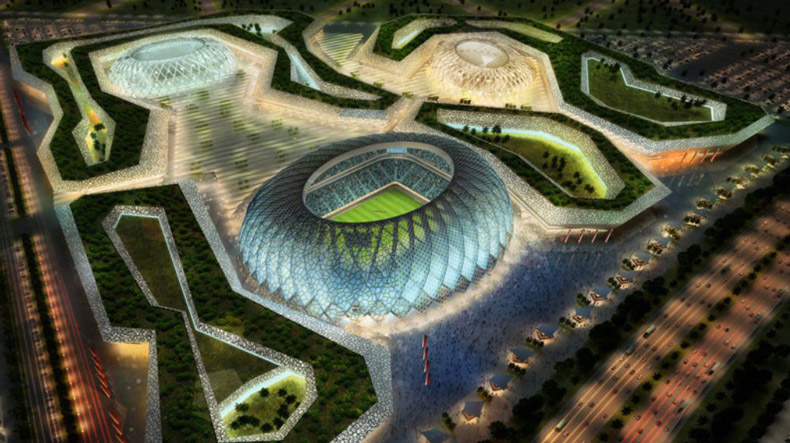 Iraqi-British architect Zaha Hadid doesn’t need special or any introduction whatsoever. Hadid has been called „the first great female architect“, „a true pioneer of her craft“, and „one of the greatest architects alive“. She is also the first woman to receive the Prtizker Architecture Prize (also dubbed the Nobel Prize of architecture).

So, when FIFA appointed Albert Speer & Partner GmbH, Zaha Hadid Architects and AECOM to design and construct a new stadium in Al Wakrah, Qatar, the host city of the 2022 FIFA World Cup, nobody was surprised. 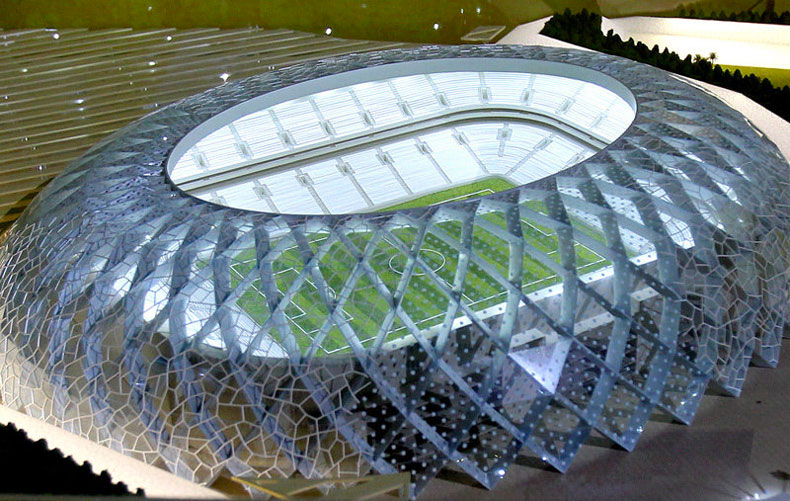 “We are delighted to be involved with the 2022 FIFA World Cup program and to support the Qatar 2022 Supreme Committee,” said AECOM Chairman and Chief Executive Officer John M. Dionisio. “This is an exciting time for Qatar, and our global team of forward-thinking sports experts is well equipped to meet the challenges that a project of this caliber demands.” The concept set by the Qatar 2022 Supreme Committee is one that should be mindful of the cultural heritage of Al Wakrah, as the host city which is situated in one of the oldest inhabited areas in Qatar. Having Al Wakrah’s cultural and historical legacy incorporated in the design will be a crucial feature of the stadium.

The 2022 FIFA World Cup Stadium in Al Wakrah will have the seating capacity of 45,120, and will include a number of different sporting facilities, an aquatic centre, a spa and a commercial area. The stadium’s lower tier will have 25,500 seats, while its upper tier will seat 19,620. Following the World Cup, the stadium seating capacity will be scaled down to 22,000. As with all contemporary stadiums, sustainability will be a major feature of the Al Wakrah stadium too.

Cooling systems will be installed throughout the stadium with the climate-control requirements for renewable energy production. The stadium campus will be surrounded by plush green areas which will help reduce the desert temperatures in the area while producing oxygen and filtering the air. The stadium itself is modular, with a perforated double screen which will filter in light and boost airflow. 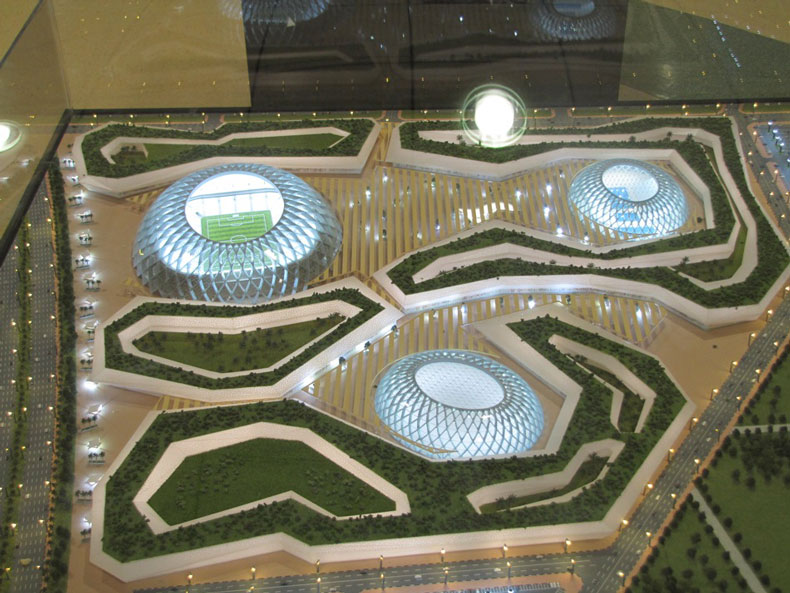 KEO will project manage the construction while CH2M HILL, the official Programme Management Consultant chosen by the Qatar 2022 Supreme Committee, will supervise both KEO and AECOM to secure compliance with the required design standards, and the successful delivery and of the Al Wakrah Stadium. The construction is due to start this year. Qatar will spend a total of $130 billion on infrastructure projects for the FIFA World Cup.