AirDonkey is a Kickstarter project conceived by a Danish Startup company called Donkey Republic. The idea behind AirDonkey is combining the simplicity of Uber and the sharing economy of AirBnb into a bicycle rental system. The concept relies on people turning their spare or seldom used bikes into rentals with the AirDonkey Kit. These rentals would then be available to anybody with an AirDonkey app for a fee. The project addresses to the needs of tourists, bike enthusiasts and people in need of affordable transportation while promoting a healthier lifestyle and a world where the bicycle is the preferred mode of transportation. The bike owners also have the benefit of earning some cash with a bicycle they aren’t using. 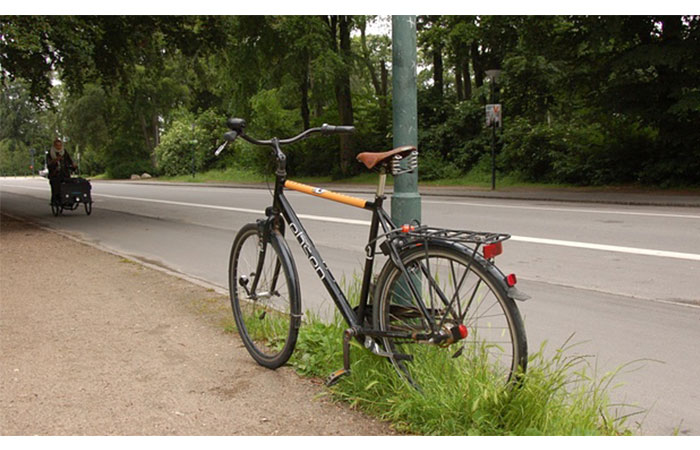 With AirDonkey you can rent out your spare bike

The AirDonkey Kit consists of a special rear-wheel lock which can be unlocked via the AirDonkey app, marking stickers for the bike, an instruction panel that is easily mounted on the handle-bar and a website listing showing the available bikes and their locations. The lock is weather and theft proof and has a rechargeable battery (up to 500 days battery life). Users pick the bike they want from the listing, pay for it and unlock it with the app. The expected price of the AirDonkey Kit is 80 €. Bike owners have the liberty of forming their own price for renting, while Donkey Republic recommends a 10 € daily standard. This system could also work for bike shops, adding to their revenue. 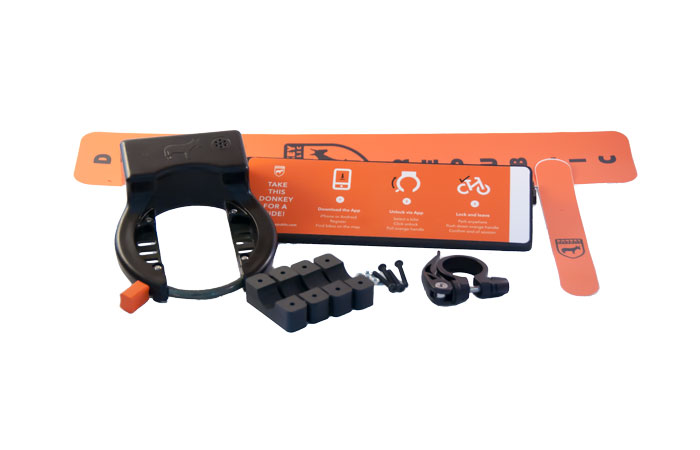 AirDonkey is an ambitious project that has high goals and a long way to go. Building a functional network of rentable bicycles for large metropolitan areas depends on how the whole idea is pitched to the public, especially bike owners. Donkey Republic has conducted test runs around Copenhagen and found the feedback to be positive. As co-founder of DR Erdem Ovacik stated in an article by The Guardian, they are more focused on becoming a movement for a more bicycle friendly world, than just being a commercial company.

If you want to learn more about this interesting new Kickstarter project click here. 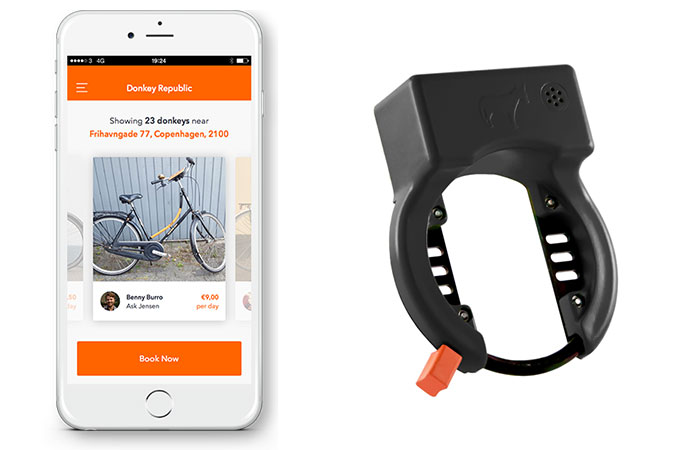 Rent out bikes easily with the AirDonkey app