Have you ever wondered why smartphone displays, high resolution TV sets, smart monitors and other hi-tech screens render images and videos in more engaging contrast, softer tones and better illumination? The reason for the premium quality of image reproduction on most state-of-the-art screens lies in just four letters: OLED (that’s organic light emitting diodes for you in the cheap seats). And just out of curiosity, what would happen if you used this innovative OLED technology in a regular lamp? The answer is simple: pair an ordinary bedside light and OLED and you get Aerelight. Recently introduced by the Toronto-based design studio OTI Lumionics, this is the first reasonably priced OLED desk lamp with slim and elegant contours that packs some stunning futuristic features to shed a whole new light on your home and office. 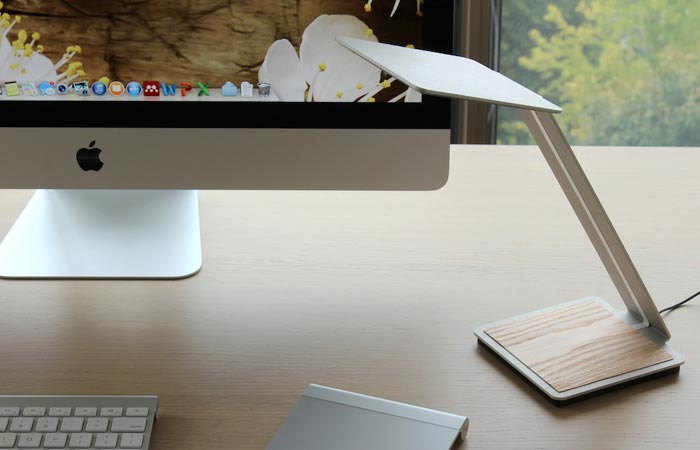 Despite the extensive experimenting efforts in the field, the prices of OLED lamps are still way too dear for most folks on an average pay. Made from sustainable materials and free from toxic mercury and other heavy metals, the eco-friendly Aerelight aims to change that, and fast: costing a sensible $240, this futuristic-looking desk lamp has an anodized aluminum body with brushed finish and some beautiful accents in all-natural wood veneer at the base. Nothing special there, you may say, but wait ‘till you hear the next bit of info: instead of the traditional bulb found in regular bedside lamps, Aerelight is equipped with an advanced energy-efficient OLED panel that uses as few as 7W at max light output and has been fine-tuned to produce a slightly cooler light than the one delivered by most conventional incandescent lamps on the market. Brilliant and warm, the light produced by Aerelight is created by running electricity through a thin film of carbon-based organic dyes so it appears more natural and appealing than ordinary artificial light sources. 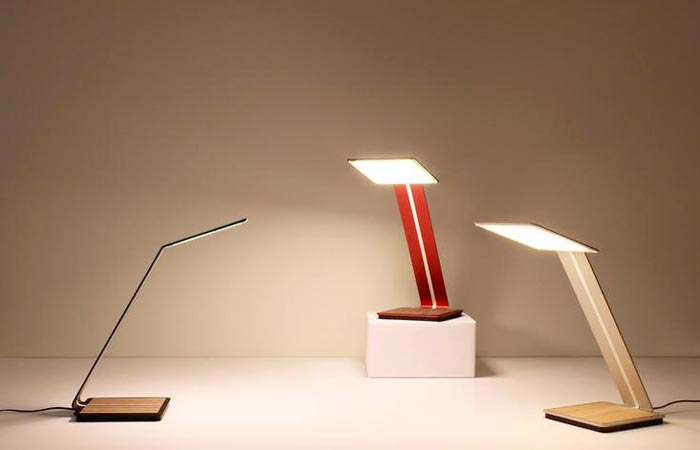 In addition to its high-end design and superior functionality, the OTI Lumionics new lamp also has capacitive-touch controls all over it so just tap anywhere to switch it on or touch and hold to dim the brightness up or down. Capable of outputting 1,000 lux of 2,900 K light at peak brightness, Aerelight packs a 0.2 millimeters thick diode measuring 10 x 10 centimeters that promises ample illumination in the course of over 20 years. The OLED panel is reportedly a much better energy and illumination option than the traditional bulbed lamp design for several reasons – and Aerelight designer Ray Kwa explains the whys and wherefores for this in his blog post:

“With traditional light sources, the bulb is a distinct separate entity from the fixture. With Aerelight, I wanted to create a seamless, continuous frame integrating the base, frame and light, synonymous to the OLED light source itself with emits a diffused, fluid soft light. The touch activation is a feature that not only makes the interface simple and clean but allows the user to have a more intimate interface with the product. It’s also just plain cool.” 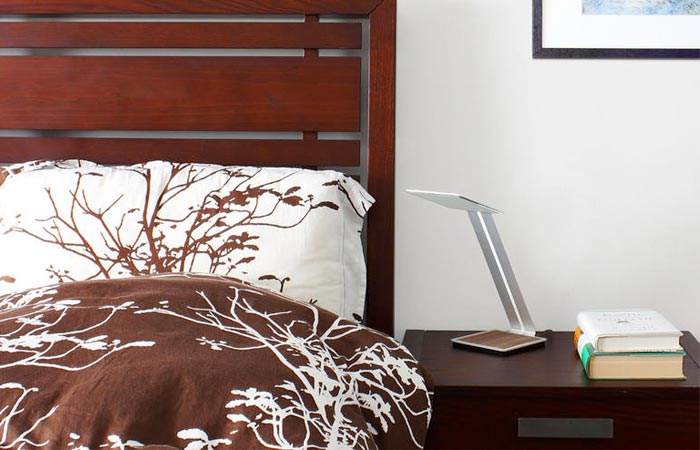 On top of the energy-saving OLED panel and capacitive touch activation feature, Aerelight also has a wireless charging dock inside the handsome wooden baseplate, which means it can top up your Qi-compatible smartphone such as Google Nexus 5 or Nokia Lumia 930 just like a standard wall charger (reportedly, with an adequate case, Aerelight charging pad will also juice up other phones including Samsung Galaxy and iPhone devices). Now that’s what you call some tough versatility, wouldn’t you agree? 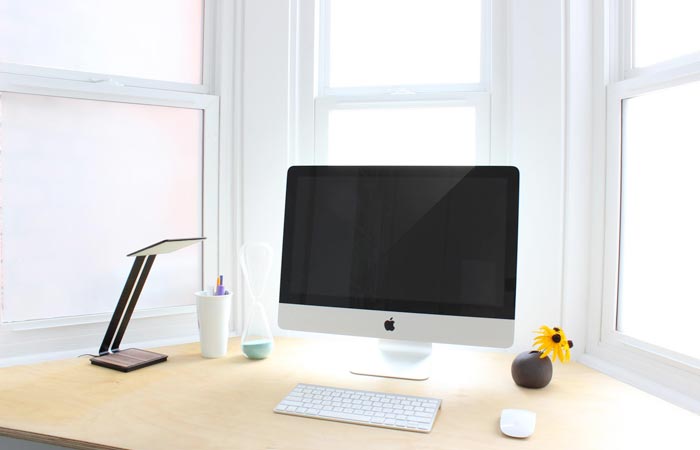 So, are you ready for the future of light? You’d better be, because Aerelight is now available for preorder in three different colorways (red, black and silver) and first deliveries should be made in early 2015. Go green, and think ahead: grab Aerelight and keep the light always on your side. [via]