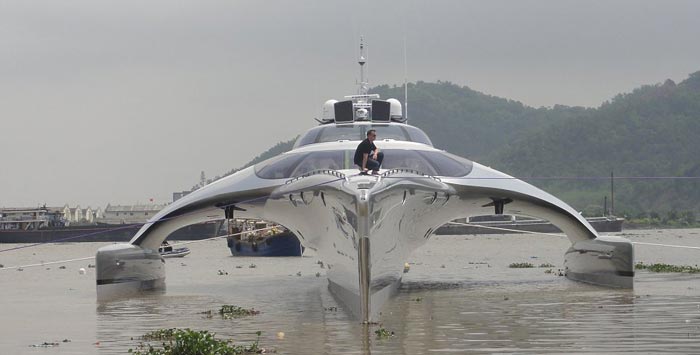 Adastra Superyacht is a £15 million yacht, designed by John Shuttleworth that was launched on the 11th of April 2012 after 5 years of planning, designing and building. It got a “Most Innovative Design” award at the 2013 World Superyacht Awards. The designer decided to make it trimaran-shaped, so the yacht has multiple hulls, the main one being in the middle and two more smaller on the sides.

Its builders were McConaghy Boats from Zhuhai, China, and it was made for a couple from Hong Kong, Anto and Elaine Marden, who are very experienced in travelling across the ocean. This superyacht is the second largest of its kind, but it is still unique, because it is the only one that can be controlled by an iPad within a 50 meter radius.

This breathtaking superyacht looks futuristic, provides lots of comfort, amazes with luxury, and by any means proves high class standards. Adastra’s main 16-meter beam has a vast saloon area that provides an outstanding view through a panoramic window. Also on the rear deck, there is a lounge area, a dining table and a navigation station. Between the saloon and the rear deck, there is the main helm station, with 2 seats.

From the saloon you can access the foredeck, where you will find a sunbed. On the rear deck there is a sofa, a bar, and a dining area, and a garage is located below it and the garage door is designed to, when opened, create a large diving platform. A gallery and 2 guest rooms are included, as well. The yacht is designed so that 9 guests and 6 crew members can spend time on it comfortably.

Adastra is 42.5 meters (139.4 ft) long, 16 meters wide, yet they managed to make its fuel consumption very low, because it weighs only 52 tons. Namely, it needs 40 liters per hour at 13 knots with 3 tons of fuel and water and consumes up to 130 liters per hour with 20 tons of fuel and water at high-speed of 17 knots, therefore with the pedal to the floor you can travel 4,000 miles and cross both the Atlantic and Pacific without worries.

It doesn’t lack aerodynamics and hydrodynamics, because its height and length are perfectly measured and are proportional, so it is very stable, even in waves, and it doesn’t lose its performance features, either. 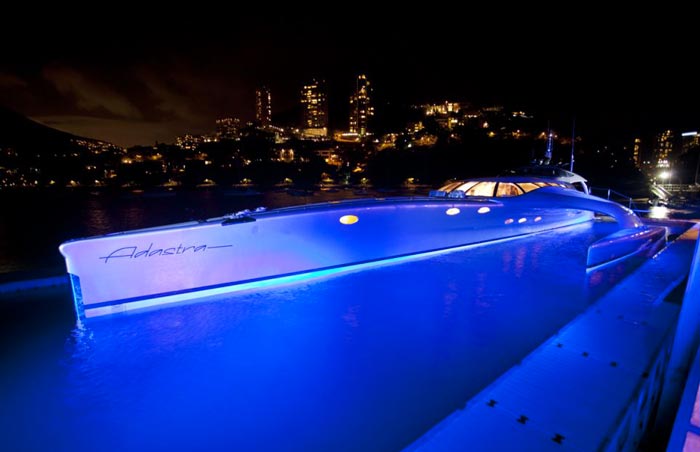 The designers thought of reducing the weight thoroughly, so they made the deck from carbon fiber with Nomex honeycomb core, the hull from glass and kevlar foam sandwich, while for the interior they used light weight oak cabinetry and honeycomb panels, but they also used carbon fiber for the hatches, toilets, port lights and ladders.

There is no doubt that the Mardens will draw much attention anywhere they show up in a masterpiece like the Adastra Superyacht, even if it happens to be a Star Wars movie. [via] watch video below 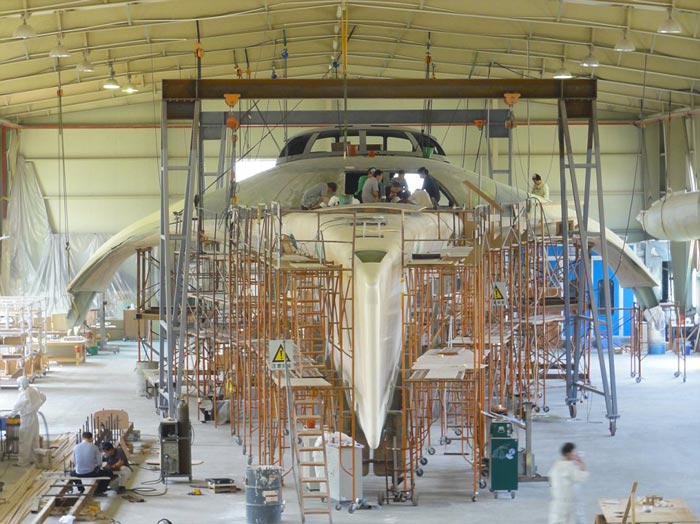 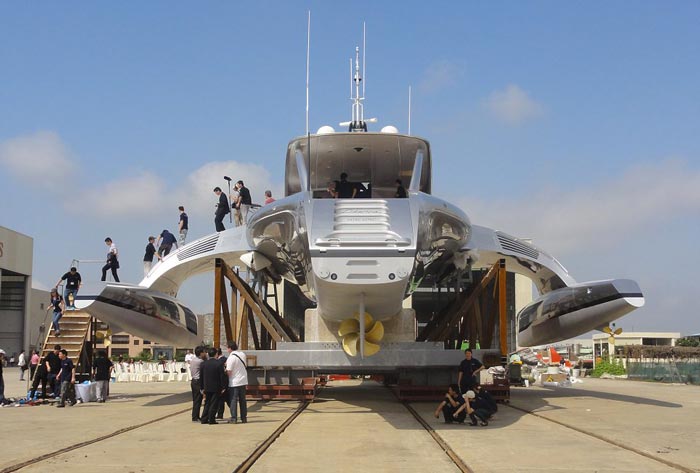 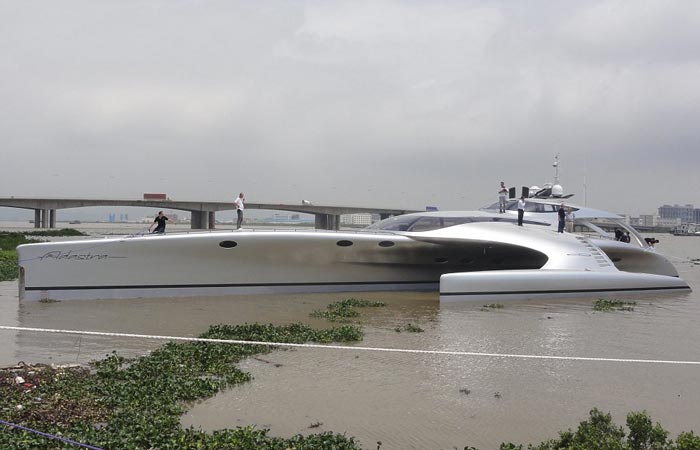 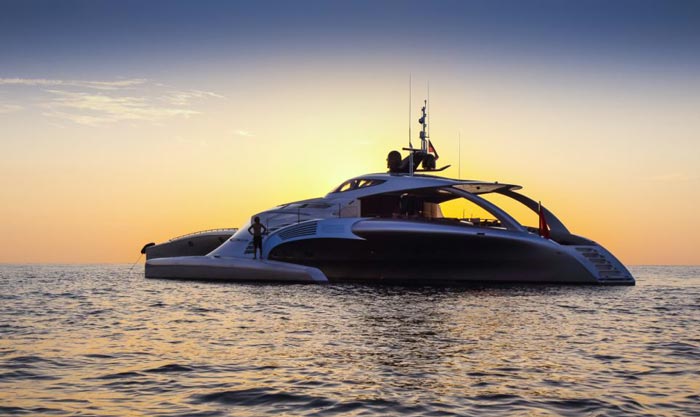 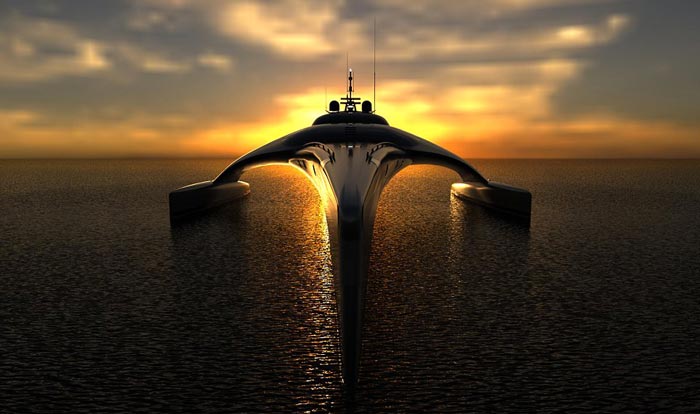 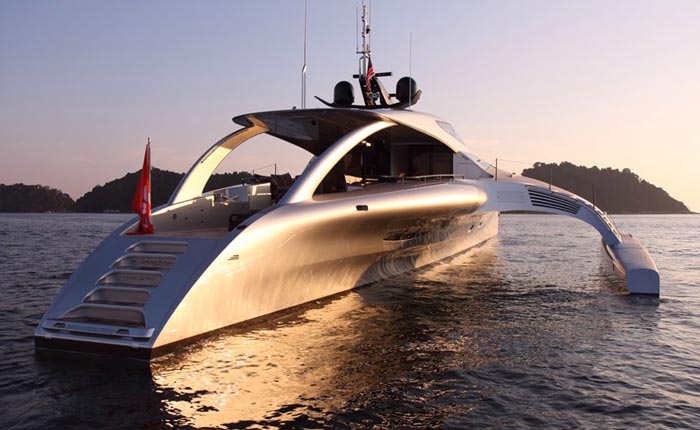 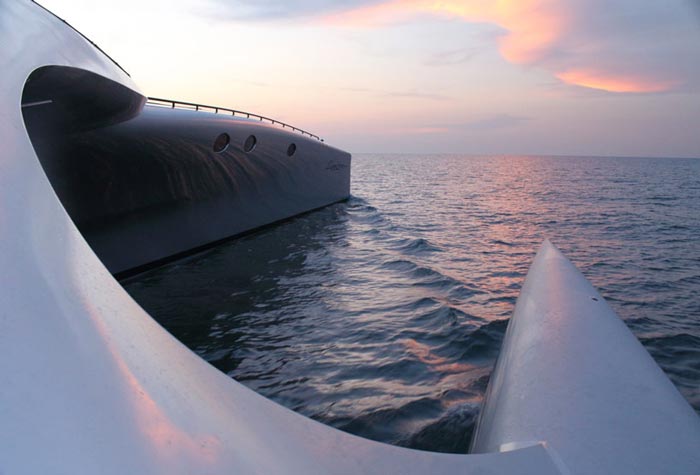 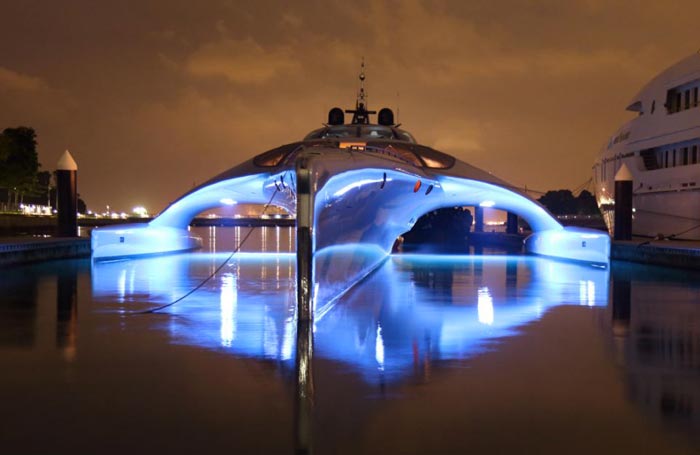 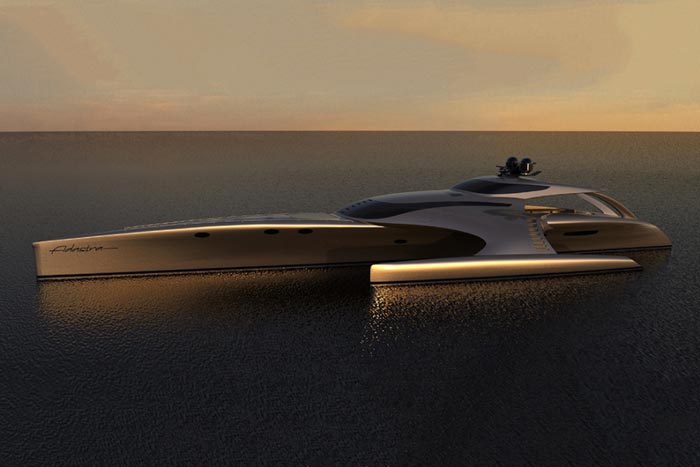