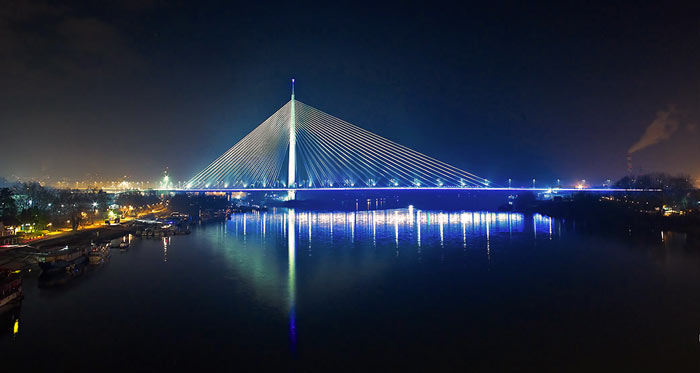 Ada Bridge in Serbia is a part of the city of Belgrade’s huge project that aims to reduce the traffic congestion, being a part of the Inner City Semi Ring Road and connected to the highway. It is a single pylon cable-stayed asymmetrically built construction. The product was awarded to the Ponting company from Slovenia. Even though the bridge has been open since January 1, 2012, along with its north and south ramps, the adjacent roads are still being built. 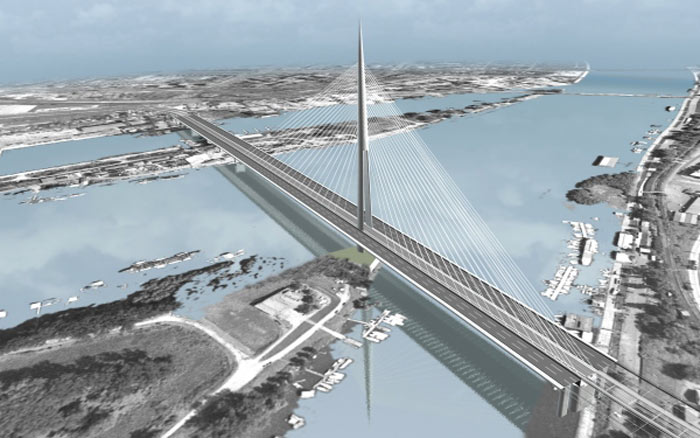 The bridge carries six lanes of road, two lanes of metro and two pedestrian and bicycle lanes and it is the biggest single pylon cable-stayed bridge in Europe with the length of 929m and the width of 45m. The most visually prominent feature of the bridge is the 200m high concrete pylon to which eighty stay cables are fixed. It is shaped like a needle and its foundation lies in a circular diaphragm wall that is 37m deep. The radius of the pylon varies on different heights. At the base it is 16m, at the height of 175m it is 4m, and at the apex only 1.5m. The lower part of the pylon separates into two leg-like parts, one of which houses an elevator, while the other features emergency stairs. 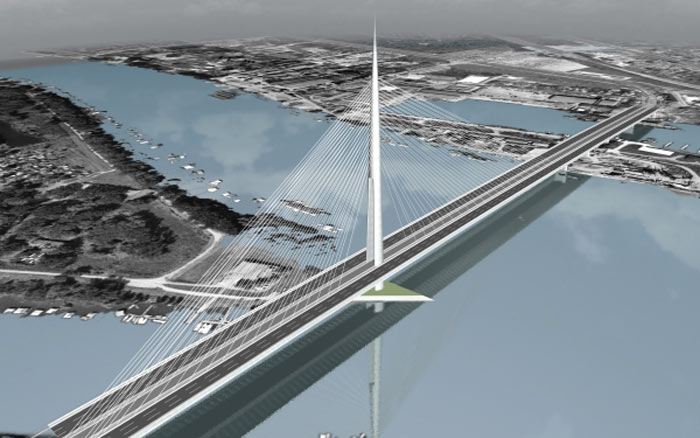 The bridge has seven spans, the main one being 376m long and counterweighed with a 200m long back span. Due to the fact that the bridge of this size is supported by just one pylon, there were many technical challenges all of which were successfully overcome. This is why the construction of this bridge was documented in the fifth episode of the ninth season of the Discovery Channel’s series Build It Bigger. You can view the episode in the video below. 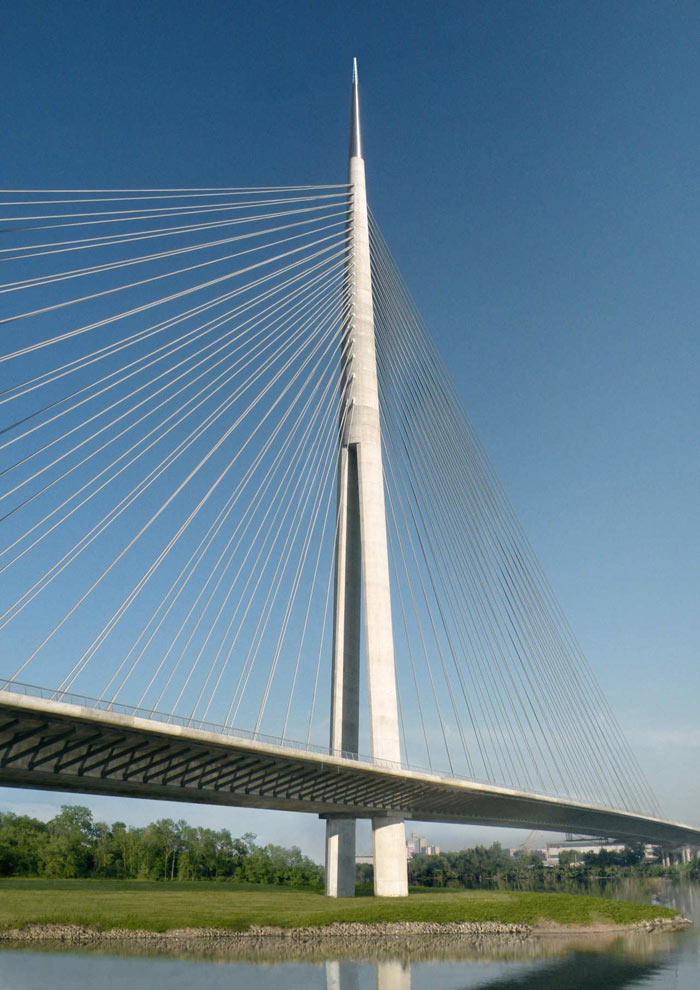 Belgrade’s bridges are a part of its history and every era of the history has been somehow documented through various constructions. Thus every bridge in Belgrade represents a symbol of the city. This one also features the pylon that is sure to develop into a true landmark. watch video below 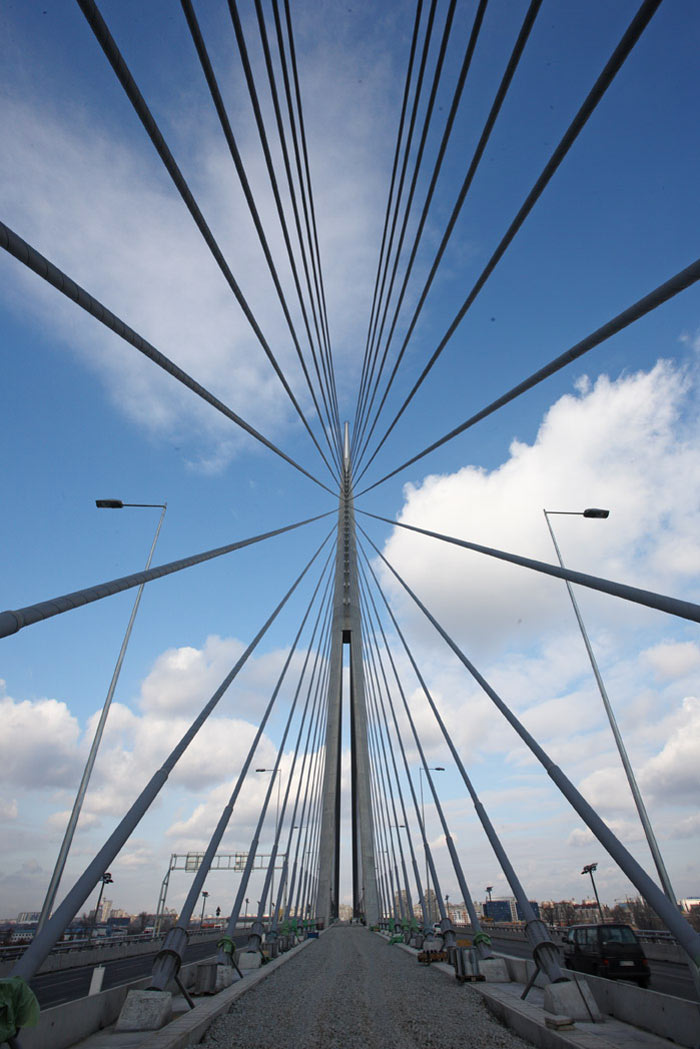 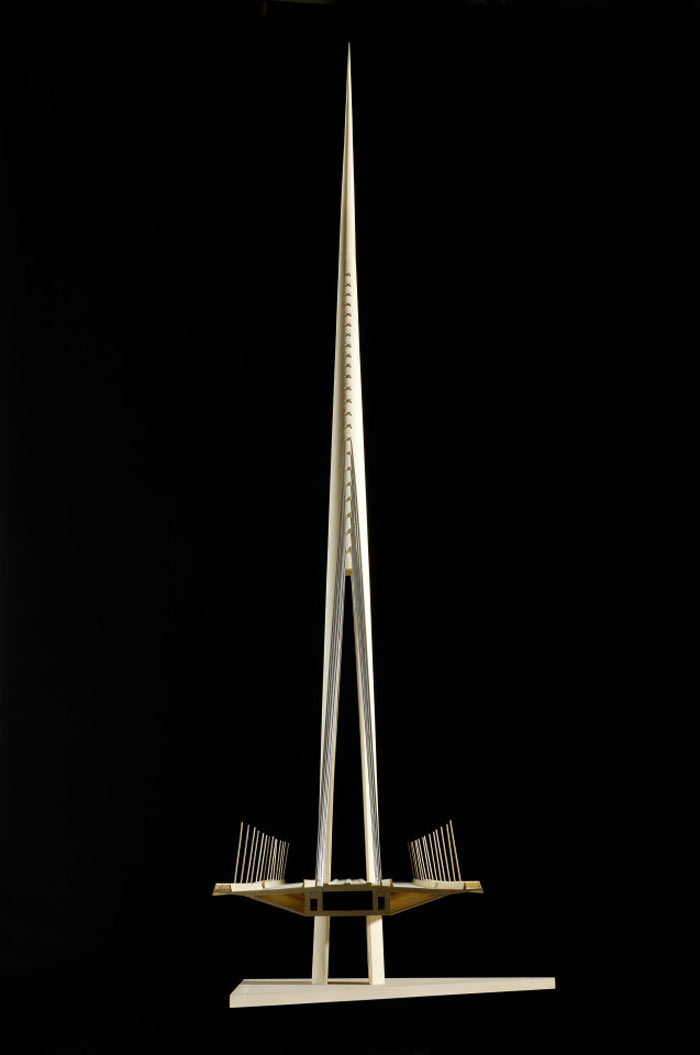 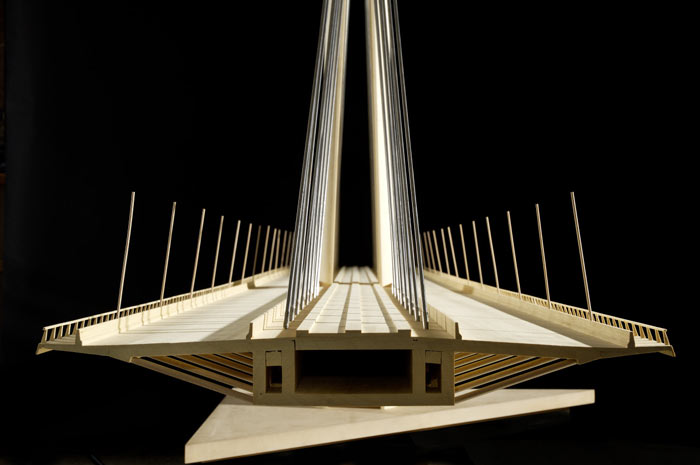 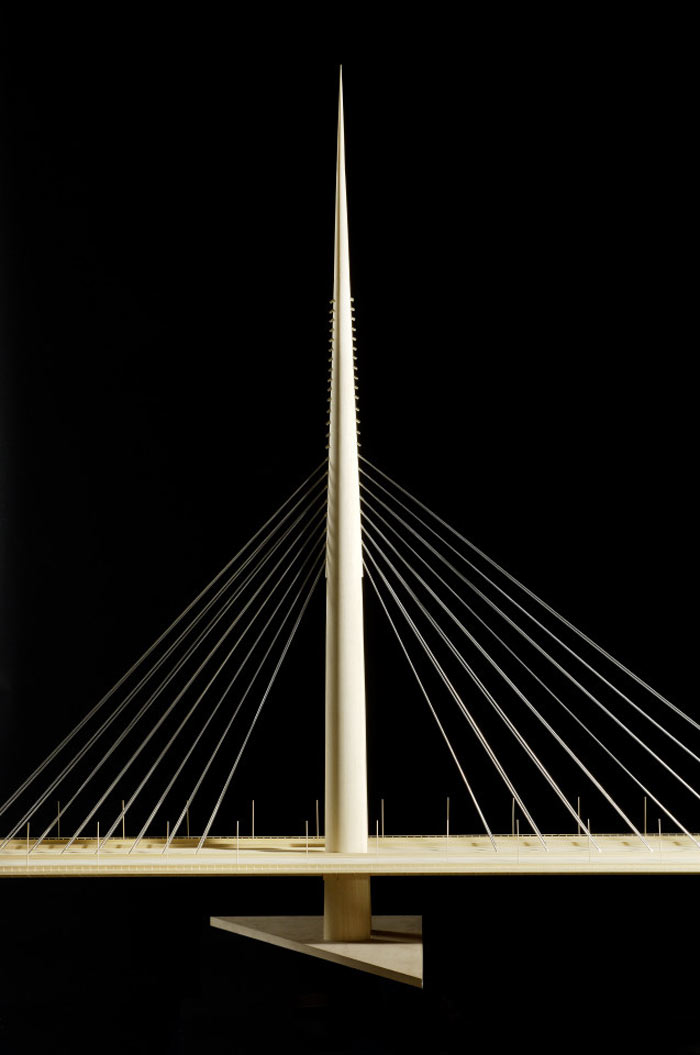 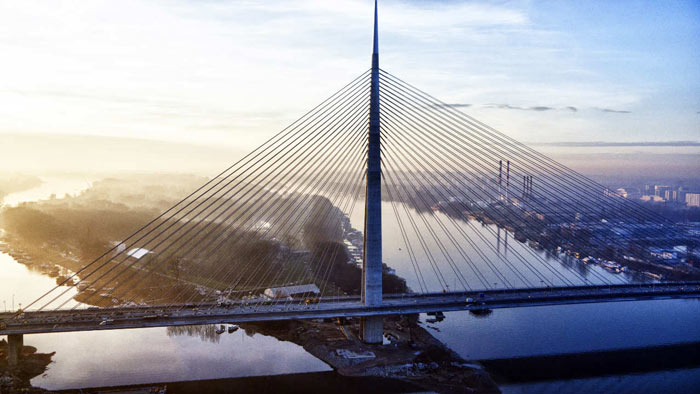