Bodybuilders and vegan food – doesn’t sound very likely, does it? Well, as it turns out, it is possible and there is a way to combine those two. In fact, it is much easier than you would have ever thought.

Brian Turner has been a natural bodybuilder for over eight years and for the last three months he has decided to switch to vegan food. He has shared his review on his YouTube channel, and we will tell you in this article about the most common question he has been asked, as well as his own pros and cons to eating vegan food as a bodybuilder. 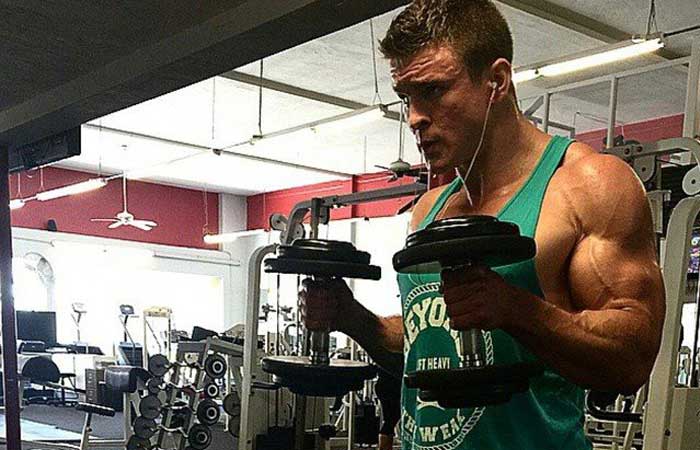 The first thing you need to know is that switching to vegan food instantly is probably not a good solution. Your body just won’t be able to take it and it may cause more problems than it does good. So, instead, if you wish to try this new diet, why not follow Brian’s footsteps – start slowly, by first taking a day or two per week to adjust to eating vegan? Do it for like a month and then you will probably be ready to switch completely. But, don’t push yourself too hard – if you don’t feel like you are ready yet, why not take two or three months instead? You are doing it for yourself and your health, so take all the time you need and eventually you will benefit from it. 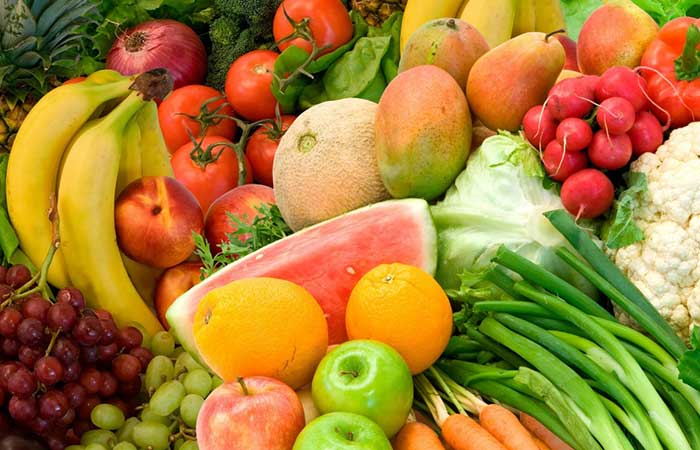 Go gradually so you will benefit the most from switching to a vegan diet.

Whether you are thinking about a vegan diet because of your love for animals, your health or weight issues or just your acne problems, like Brian, the important thing is to think it through and decide if you really want to do it. As a bodybuilder, you may have some other questions concerning weight gain, strength etc. and we will address those now. 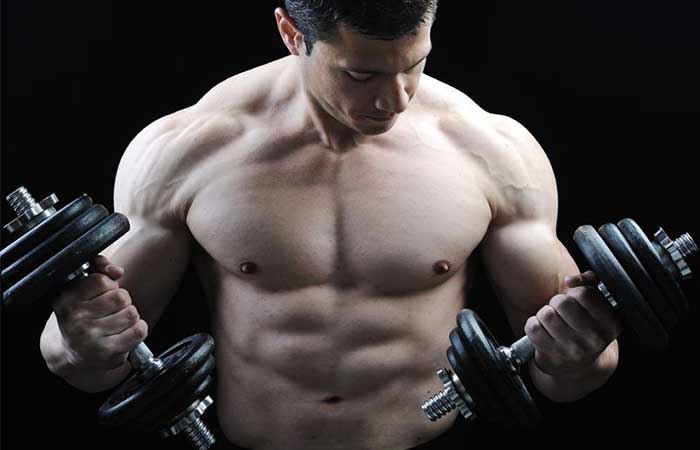 The answer is simple: No. (photo credits)

Brian says: absolutely not. What he did is just change his previous meals for vegan meals and according to him, the result is the same. His goal is to gain around a pound a week – and he has been equally successful in doing so while eating vegan. He says that even though it seems unrealistic to eat plants and turn that into solid muscles – it is exactly what he has been doing, and without any problems. Also, when it comes to strength, he also says that he had no problem increasing it continually – the results for him were the same before and after changing his eating habits. 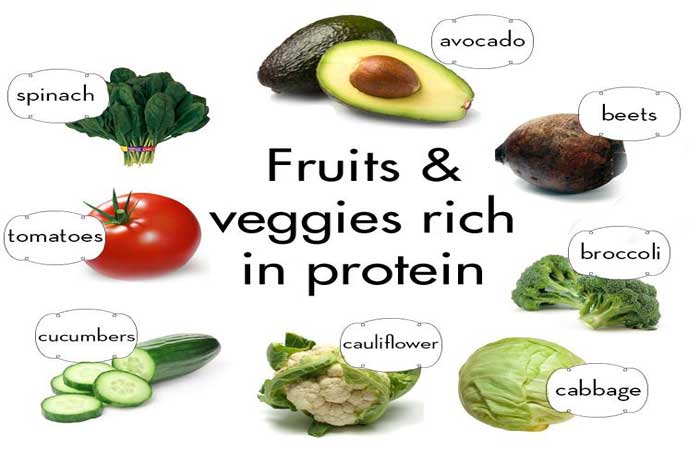 Vegetables, green beans and so on – lots of protein sources even for vegans!

First off, and this may sound crazy at first, but according to Brian, you don’t need as many grams of protein as you thought you did. Now, here is a shocker: he claims to take only 140g of protein per day. How is that even possible? He continues by explaining that long time ago he believed that you needed to take in 2g of protein per pound you weigh – and he was taking even more, for a kind of “insurance”. But then he realized that he definitely didn’t need that much. So he lowered the intake and started taking 1g per pound, only to realize it was still too much. The thing is – by using your calories wisely towards your carbs instead of partitioning those carbs into proteins, you are going to feel so much more energized -you won’t be able to believe it.

Out of the 140g he takes in daily, Brian gets around 40g from vegetables – you just need to know which ones are rich in them, like broccoli, green beans and similar “dark” vegetables – and eat a LOT of them.  Also, there are a lot of vegan meals that you can find on Brian’s channel and try out – see what fits you best and you are set to go! 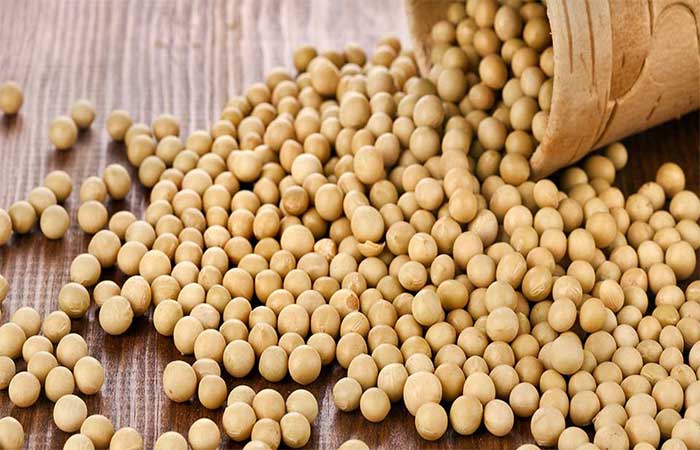 Soy is one of the most used ingredients in vegan diet – just be careful and use it moderately.

As you probably know, one of the most common ingredients in many vegan meals is soy. Whether you want to make meatless meals or eating Clif Bars, it is probably going to be there a lot, if you switch to vegan. The thing is, there are a bunch of stories about how it increases estrogen levels and how it will, eventually, make you look a lot more girly. The key is, like in so many other matters, in moderation. So, take small amounts of soy and you don’t have to worry about any of these things. Brian suggests up to 35g per day is a good amount. Also, don’t listen to those who say that meatless products with soy taste disgusting – it is just not true.

So, you have your confirmation from a natural bodybuilder that this can work – you can eat healthy vegan food and still be able to pursue bodybuilding without any fear of losing “what it takes”. Now, we all know that there are good and bad sides to everything, and vegan diet is no different. Brian has listed out some of them for you and we are going to share them below.

Pros of eating vegan food as a fitness enthusiast 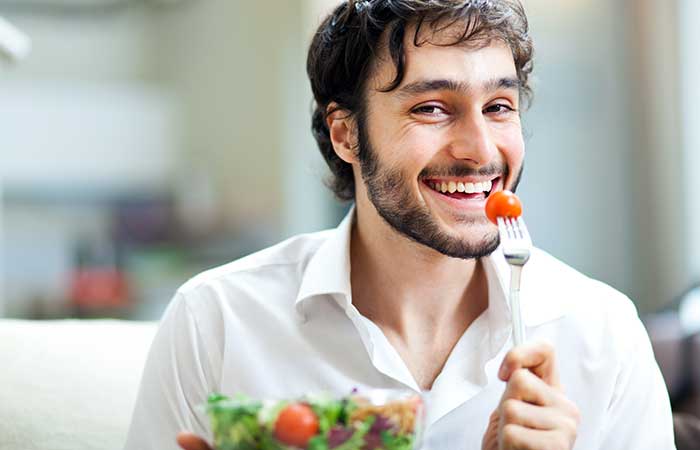 If you are serious about eating vegan, it means you won’t be eating candies and sugar all day and you are going to do your best and make the most of it. In this case, it is inevitable to start eating much, much more vegetables. And, as Brian says, the advantage of eating vegetables is… everything. Having more of them is probably more important than eating no meat. “It’s just a lifeblood of happiness” – says our bodybuilder friend. They will help you feel amazing from the beginning of your day; you will feel more awake, your mind will be clearer, you will be more focused… and even your skin will benefit from it.

In addition to making you feel happy and focused, the veggies you eat will energize you in a way you couldn’t have imagined. They are a big source of carbs that will make you alert, ready for action and just prepared to do whatever needs to be done during the day.

Especially when you are bulking, you may experience a lot of water retention because you are probably getting a lot of preservatives, salt and sugar. When you eat a lot of those, don’t get surprised if you get what Brian calls “moon face” the next morning. With a vegan diet, even when you eat some of those “dirtier” foods, you are pretty limited to foods that have a better macro-micro nutrient profile – resulting in much less problems with water retention while still eating a lot of calories.

Brian says it is not such a big pro for a bodybuilder, but in fact, we believe it is a big pro for everyone, no matter what they do in their lives. So, if you choose going vegan, you’re going to have to cook much more and think of a lot of new recipes and combinations – all this will result in a creativity boost. Also, you may find that you have a real talent for cooking and start actually enjoying it. And your girlfriend will absolutely love you for it – says Brian.

We have mentioned this before but let’s do it just once more, because it really is a big deal, especially if you, like Brian, are having some major issues with them. He tells a story of horrible “cystic marbles, planets that would orbit around the face of space” and now the only thing he occasionally has to deal with are “normal people whiteheads”. After trying many different things, he can confirm that the solution for him was definitely changing his diet and eating more vegetables – and the results are just unbelievable.

Cons of eating vegan food as a fitness enthusiast 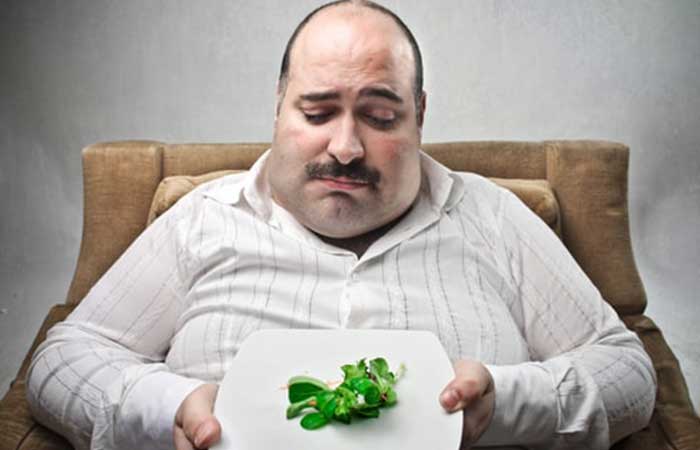 It may be a bit difficult at the beginning… (photo credits)

Obviously, there are a lot less restaurants offering vegan food than regular ones. So, no more McDonald’s, Jack in the Box, Taco Bell or Wendy’s for you. Instead of being able to get anything you want immediately for around $10, now you are going to have to do a little more research and be aware of who in your town serves this kind of food.

If you are bad at eating calories, this can be a very difficult diet for you – unless you are currently cutting, in which case it is an excellent choice. You may even consider eating vegan while cutting, and switching to a regular meat diet when you are bulking. Keep in mind that what might happen is you eat under your required daily calorie intake without even noticing it, because you ate so many vegetables and were sure that it was enough.

Unlike a regular diet, where your meal usually consists of carbs, meat and your choice of fat, if you eat vegan, it gets a bit more complicated. It may happen that you forget to intake fat because you are used to fat being a part of your previous diet by default. If you don’t want to invest too much mentally into it, you may want to rethink your choice to go vegan.

If your friends and family are used to you eating the same food that they eat, it may become difficult to go out for brunch or just have a dinner together, because you can’t go to all the places that they may want to go to. As Brian says, it’s almost like joining a religion, and all of a sudden you have a lot of restrictions and rules about what you can and can’t eat. Hopefully in time they will deal with it and start understanding and supporting you. Just be careful not to preach or try to make them do the same thing you are doing – nobody likes that and there is no reason to do that. Also, it is not a bad idea to prepare your friends in advance for your diet change, so they can prepare for it. 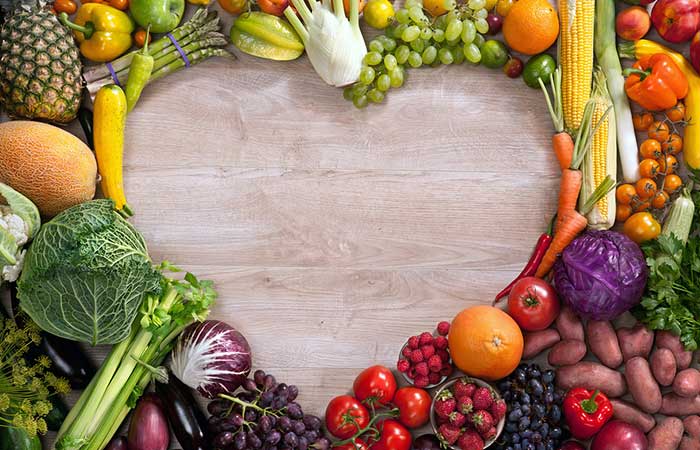 Eat whatever makes you feel good and keep it up as long as it does.

If you decide to go vegan, it should be because you want to do it and because you would feel better this way. You have been able to see all of these pros and cons and you have some of the most frequent questions answered by Brian Turner, and now it is up to you. Think it through and decide – and remember, there is no right and wrong when it comes to this – you do what you feel like doing and don’t try to make anyone else do it just because you are. As Brian says, “I’m just doing me, and you’re just doing you” – so take a choice and stick with it for as long as it feels good.