We’re sure that many of you have seen the movie “Limitless” and that the main character manages to gain exceptional brain power from a drug called NZT-48. By chemically altering his brain, he manages to access previously unused neurons and thereby, understand and see things in a different way.

Even though the movie is largely based on fiction, the reality of Smart Drugs, technically known as Nootropics, does exist.

Perhaps you have seen someone at work that just seems to constantly have unbounded energy and excels in mentally demanding tasks – especially, those that require memory – as well as being jolly most of the time, chances are that he is taking Nootropics for his abilities.

Of course, it won’t allow you to function like the Limitless drug, but there are other Smart Drugs out there that can give you an edge.

Nootropics are a term that loosely describe a large variety of cognitive enhancing supplements that have a variety of benefits which includes improved memory, increased concentration, enhanced studying ability, augmented mental energy and a variety of others.

Usually, like the ones that we will list here, they tend to be non-toxic, can be taken for extended durations, and, some of them even have neuroprotective properties. In other words, they don’t only enhance your brain, but they also protect it.

One of the oldest and most common Nootropic supplements is called Piracetam and it has been studied since its discovery in 1963. Interestingly enough, it has also shown promise in increasing the memory capacity of Alzheimer’s patients.

So, without further ado, as we’re sure that you’re excited, here are some of the top Smart Drugs that we could find on Amazon. 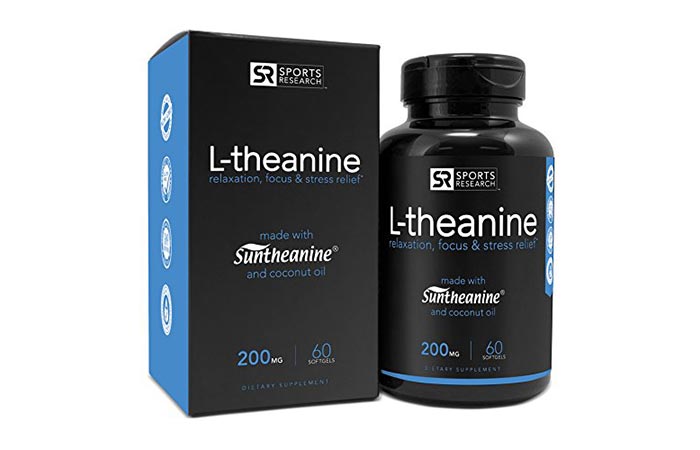 This product allows you to reduce stress and enter a state of alert relaxation by altering your Alpha and Beta brain waves.

In this incredibly high tension, high stress world that we find ourselves in, stress relief is becoming a necessity. Thankfully for us, Sports Research has the answer with their patented Suntheanine L-Theanine supplement.

During human clinical trials, Suntheanine has been shown to promote an alert state of relaxation without drowsiness by increasing Alpha brain waves while decreasing Beta brain waver.

Also, Suntheanine got GRAS affirmation (Generally Recognized as Safe) from the U.S. FDA in 2007 and is used quite a bit in both food and beverages.

So, if you were looking for stress relief while still retaining focus, then Suntheanine L-Theanine is just what you need. 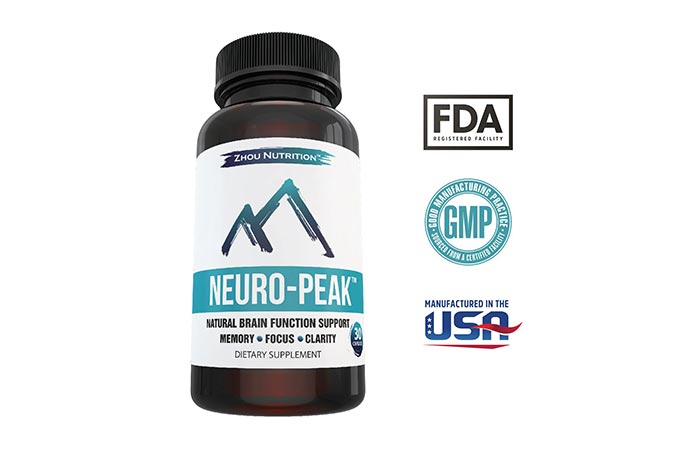 This Nootropic was specifically formulated by a physician that specializes in anti-aging and was developed to protect and enhance your brain.

All of these ingredients combined have a variety of benefits that affect each and every system within your body. From mood improvement, to nervous system function, and, yes, of course, as a nootropic.

The greatest benefits of this supplement is that it acts as a neuroprotectant and also works as a cerebral metabolizer that increases your brain’s efficiency. You’ll find markedly improved results in general cognitive abilities which includes a boost in memory, focus and clarity. It manages to do this by increasing oxygen uptake, as well as blood circulation.

Another interesting aspect is the fact that it naturally lightens your mood and decreases both stress and anxiety. This is achieved via the optimal blend of St. John’s Wort and L-Glutamine.

However, you don’t need to take our word for it since this product received 4.3 stars out of 5 from 2,051 different customer reviews on Amazon. 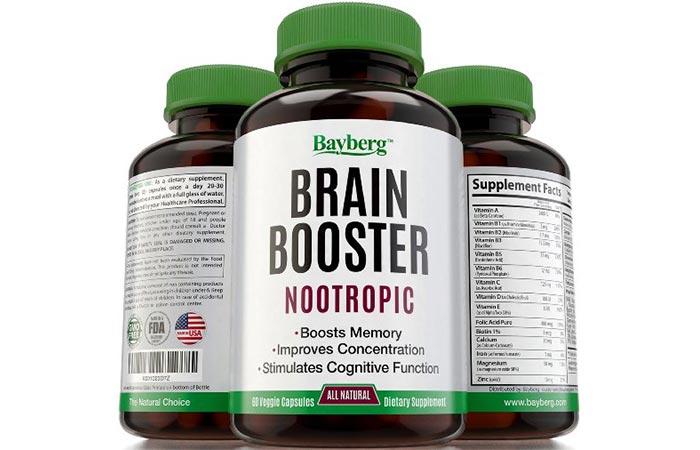 This product uses a blend of 100% natural ingredients to improve your overall cognitive function.

The next on our list is an all-natural Nootropic that contains a mixture of vitamins and minerals which include Vitamins, Antioxidants, DMAE, Huperzine A, Gaba and DHA.

Technically speaking, Bayberg Brain Booster Nootropic is a smart drug that has been formulated to promote memory and cognition while supporting brain health, increasing focus, alertness and energy levels.

It also improves synaptic point reception speed and this product was given a total of 4.7 stars out of 5 from 554 customer reviews. 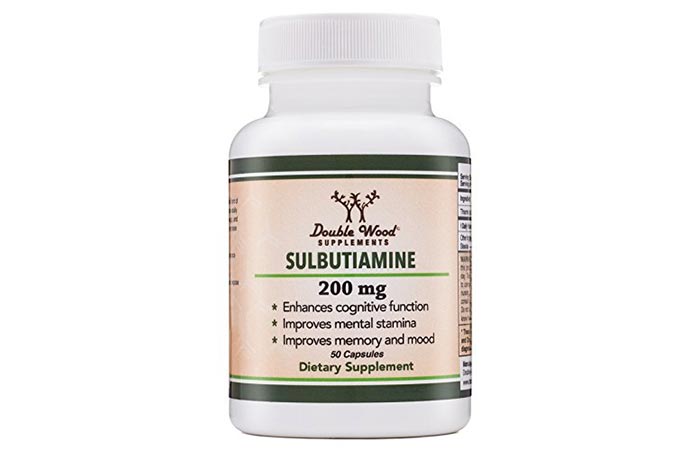 Sulbutiamine is a synthetic derivative of Thiamine and Double Wood Supplements’ Sulbutiamine has been shown to drastically boost motivational levels that give you that extra drive to get a project or work done.

Largely considered to be an excellent focus Nootropic, Sulbutiamine gives you laser sharp focus that allows you to pinpoint facts and allows for extended periods of concentration no matter what you may be working on.

Another major benefit of this smart drug is the fact that it drastically enhances memory; you seem to be able to withdraw information with far more efficiency while working, in exams or while busy study.

You can also ‘stack’ this nootropic with others such as Piracetam, Caffeine and Theanine.

This product also got a rating of 4.4 stars out of 5 from 310 different reviews. 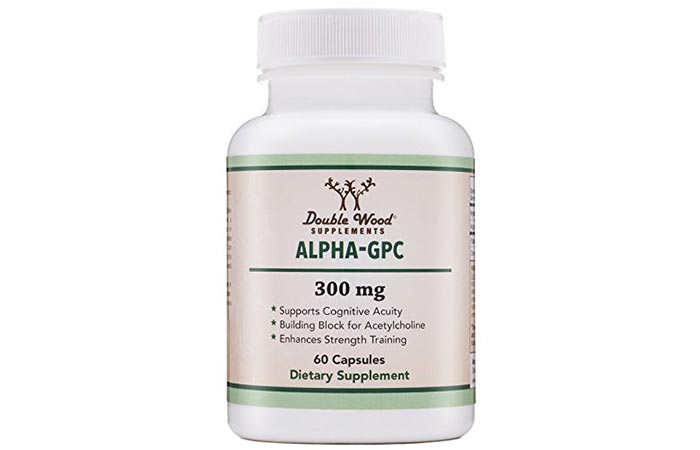 Choline is naturally found in chicken meat, liver and eggs and should be a supplement that is generally taken to increase brain function.

Choline, which is usually found in chicken meat, livers and eggs, is a great all-round nootropic that also stacks well with others. In some cases, like with the use of Piracetam, it is essential to supplement yourself with Choline.

Thanks to Double Wood’s Alpha GPC Choline you now have the ability to increase your choline levels and bio-availability.

If you’re the type of person who constantly misplaces their keys, then you are most likely suffering from a choline deficiency.

This product is 100% U.S. made and even comes with a money back guarantee if you’re not satisfied. However, with a rating of 4.6 out of 5 stars from over 350 customers, we doubt that you’ll be disappointed 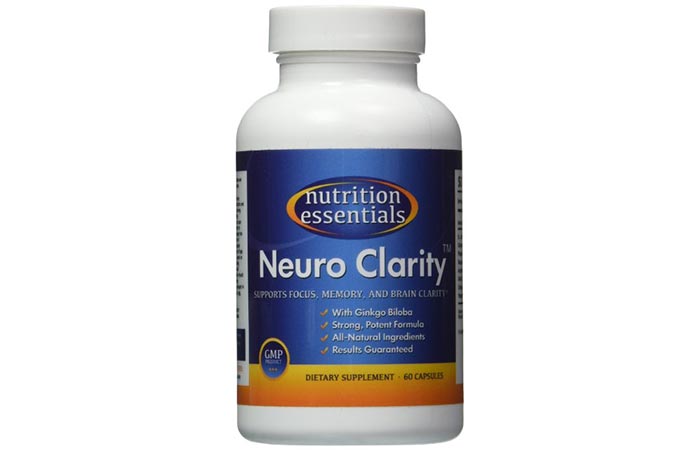 Once again, this product utilizes a holistic blend of ingredients, rather than those of the synthetic variety, which includes St. John’s Wort, Glutamine, Phosphatidylserine Complex, Bacopa Monnier, Acetyl-L Carnitine, DMAE, Ginkgo Bilboa and Vinpocetine.

If you were looking for immediate results then the Nutrition Essentials’ Neuro Clarity is the way to go.

Some of the benefits that this product has to offer are a vast reduction in stress levels and anxiety while increasing focus, reduce sluggish fatigue, enhanced concentration and improved memory retention.

Essentially, this completely removes your brain fog, allows you think more clearly and efficiently, and allows you to focus more intently.

This is perfect for everything from schoolwork, University studies, work projects and everything in between. 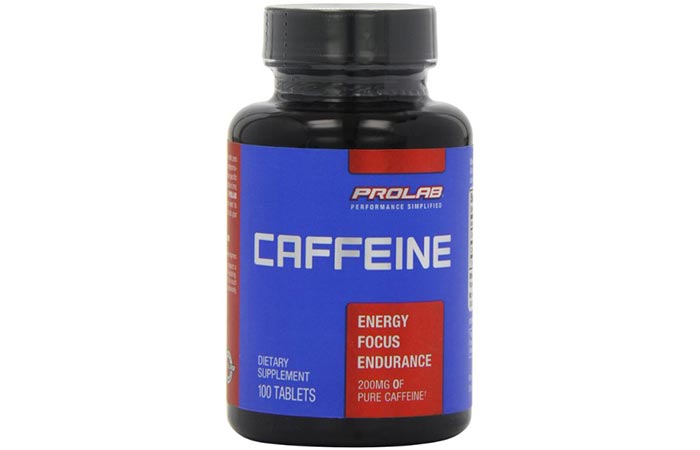 We are all familiar with the effects of caffeine but now you can take it without the added calories from sugar.

As we all know, from our daily coffee drinking habits, caffeine is excellent at boosting energy levels and concentration. However, coffee does not contain enough caffeine to lead to the effects that we would like it at. Surely, we can’t be drinking 20 cups of coffee a day either.

Fortunately for us, ProLab’s 200mg Caffeine Tablets gives us all the benefits that caffeine has to offer without the added calories from the sugar that we usually add to our coffee.

Some of the major benefits are, of course, enhanced energy levels, increased motivation, augmented concentration levels and intensified focus. On the other hand, it also works very well as a weightloss and fat burn supplement and also makes a great addition to your gym training schedule.

This product is also currently the number #1 Best Seller in its category and received 4.4 stars out of 5 from 2,599 customer reviews.