When is a car not a car? When it is a work of art, of course.

The luxury car market is sometimes difficult to navigate. Every new model brings about innovations that reinvent the automative world, as car makers struggle to push the boundary of comfort, entertainment, connectivity and utility.

Some innovations, though, never spill over into the industry at large. They are so lavish, so magnificently luxurious, that they become branding tools for the car makers, and status symbols for the owners, by transforming the car into an automotive Matisse.

Here are five of them. 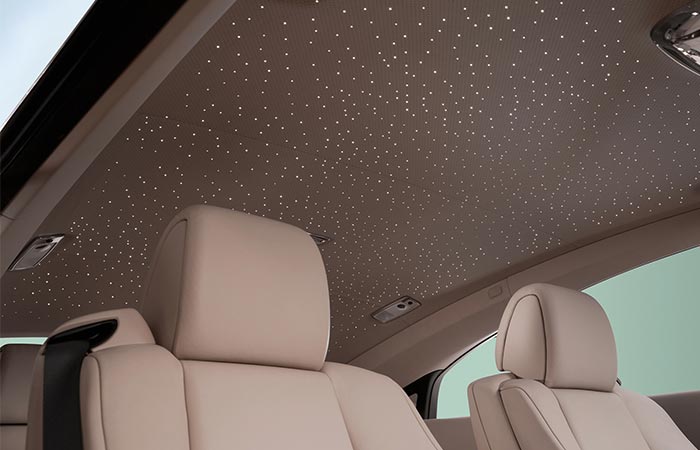 Rolls Royce first rolled out the Starlight Headliner in 2007, originally installing it into its flagship Phantom, but have since expanded its use, and it addorns the ceilings of both the Ghost and the Wraith. It is a handcrafted feature, consisting of 800 to 1600 individual fibre optic lights embedded in the ceiling of the car by two craftspersons, fitted to the specifications of each individual owner, angled and adjusted to depict the star cluster or constalation that the owner wishes (though some owners have opted for more mundane symbols, such as a family crest or the simple Rolls logo). The installation process lasts between 9 and 17 hours, and the end result is breathtaking.

The lights’ functionalities can be controlled via the infotainment system, and they enable the user to drastically change the atmosphere inside the car. They can be bright enough to enable reading, low enough to set the mood for a romantic evening or switched off completely, if one prefered to focus on the driving. All in all, fit for every car enthusiast’s bucket list. The price is upwards of $12,000. 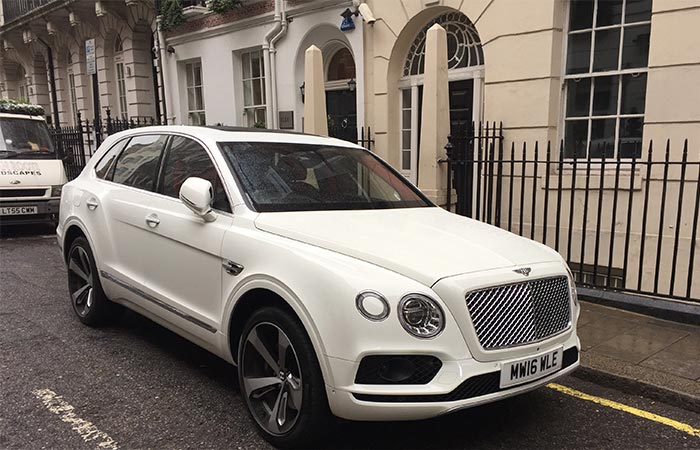 The Bentayga is home to the most pricey of accessories a car can have. Say hello to the gold crafted and diamond encrusted Breitling Mulliner Tourbillon clock, priced at $160,000. Yes, you did read that right. Bentley have been offering to outfit their first and only four-wheel drive luxury SUV with an opulent mechanical clock, made from solid white or rose gold and encrusted with eight large diamonds. It has an automatic, dedicated high-precision winding mechanism that you can see working every five minutes – the clock rotates while winding – making for an interesting visual detail.

In terms of the price, here’s some context – the Porsche Carrera 4S costs $112,000. But then again, if you’re buying a Bentley SUV, chances are you already own one of those.

That’s an odd seating arrangement, isn’t it? – Audi A8 L 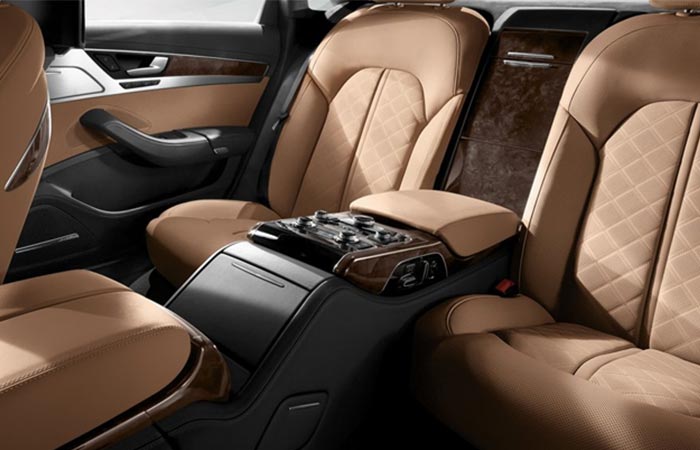 If you are a more practically minded car owner, you’re probably looking for something along the lines of more comfortable seats or a more spacious back, and Audi have tried to deliver these with their A8 L. The deep, soft, leather back seats are reclined just enough for you to feel as though you are sitting in a massage chair rather than a car seat. Furthermore, they recognize that no chair-bound relaxation is complete without a footrest.

At least, Audi say that it’s a footrest. The suggestively positioned feature looks more like it was meant to seat another person, only not comfortably enough for them to be able to sit back and relax – it encourages the adoption of a more forward-leaning posture. We’re not saying this is definitely the case, we’re just saying that it is just well positioned enough for us to suspect slightly more forethought was put into its design than Audi have been letting on. 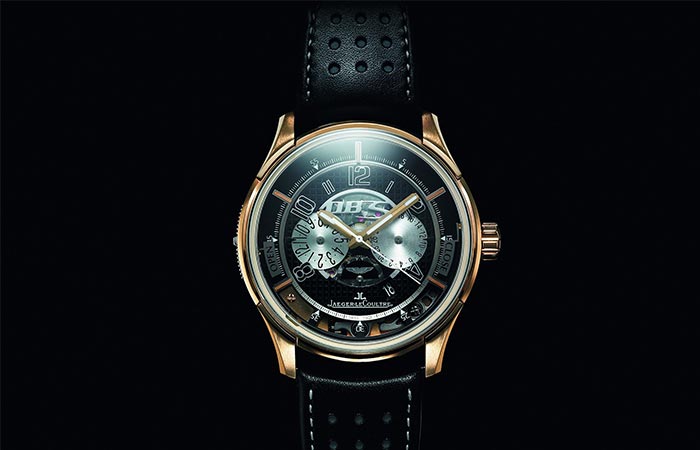 The car maker that has outfitted the big screen version of the world’s most recognizable spy (not really a compliment in his chosen profession, now that we think about it) since Goldfinger has for close to two decades been collaborating with Swiss watch maker Jaeger Le-Coultre on a series of timepieces. The result has been the production of Amvox watches, the most recent being the Amvox 7 Transponder Watch. Not only is it a timepiece of extraordinary quality, with over 28,000 separate pieces working in unison to make it work, but it has a special feature, namely a functionality through which you can lock and unlock your car (and flash your headlights). Not impressed? Picture walking up to your $200,000 Aston Martin, rolling back your navy blue jacket sleeve and unlocking it with the push of a button on your $30,000 watch, with Skyfall rocking out in the background. See what we mean? 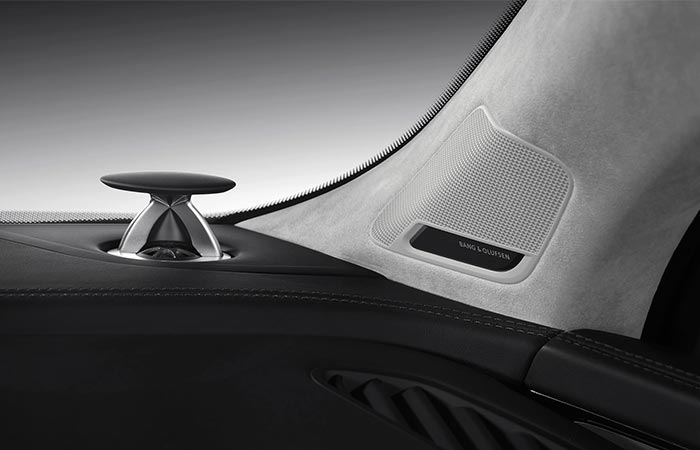 Lastly, let’s talk audio. Luxury cars usually have excellent surround audio speakers. Great sound, however, is not achieved by simply increasing the number of speakers or positioning them better. No, what sets these cars apart from other luxury cars, in terms of sound, is their $7,000 Bang & Olufsen audio system with two acoustic lens tweeters that pop up from the dashboard, ready to introduce you to an entirely new way of hearing your favourite tunes. The acoustic lens tweeters direct audio at the desired listener in the car, and emit better quality higher frequency sound, up to 20 kHz, which is basically the upper level of human hearing. With this baby you will hear parts of songs you wouldn’t previously have guessed even existed. The only downside is that, now, you may not like them as much as you used to.