The third generation of Tesla cars – and the fourth model, altogether – will be aptly named the Model III or 3 (pronounced ‘model three’). It is not yet clear what exactly it will look like, as the images shown below that appeared online are said to be AutoExpress’s ‘mock-ups based on their own speculation’. Either way, the Model 3 is set to become a big game changer. Why?

It’s price, mostly. The Model 3 is expected to cost close to $35,000 and to have a range that is significantly better than that of most of its similarly priced competitors’, albeit not as good as the Tesla S’s. And, that’s about it, when it comes to the revealed information. The game changing quality comes from the fact that, with the price of about $35,000, the Tesla Model 3 is sure to be a lot more available to the larger public than the previous models, especially the plush and sporty saloon Model S which costs twice as much. 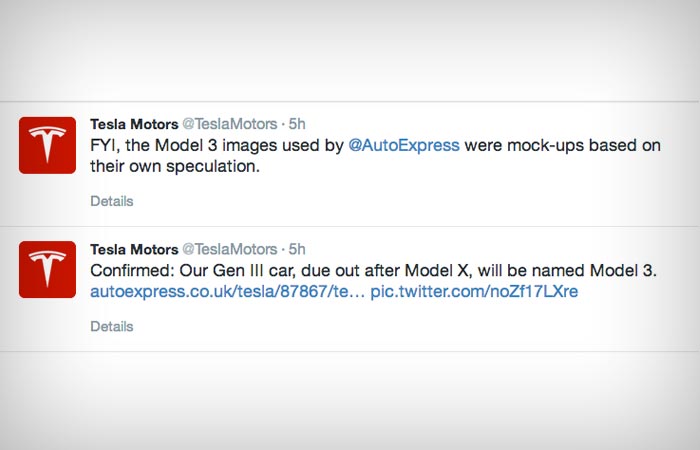 So, Musk got the idea to name the new model, which is a middle-sized sedan, the Tesla Model E. If you don’t see any logic in the name, similar to the one with other models, it is because there is none. They just thought that it would be fun to have a lineup of models named ‘S’, ‘E’, ‘X’. Niiice, right. Bunch of adorable nerds there in Tesla. The idea once again confirms the playful nature of the Tesla team and their CEO, who show us that successful business people don’t have to be filled with vanity and uptight, but Ford seems to have put a dent in their plans, claiming that the name Model E is very similar to their E-Series. So, now the this generation is the Model 3.

The Tesla Model 3 is expected to rival the likes of the BMW 3 and the Mercedes-Benz C-Class and this is a big task for the Model 3 especially knowing how well established, long-lasting and esteemed the BMW and Mercedes are. However, with the range of ‘realistic 200 miles’ and the possibility of using the Supercharger network for free – charging the car fully in about 20 minutes – along with the free use of the Tesla battery technology that is set to help the network develop even quicker and Tesla’s stylish solutions in their other models, the German counterparts will be pushed to compete, much to the joy of car lovers everywhere. [via] 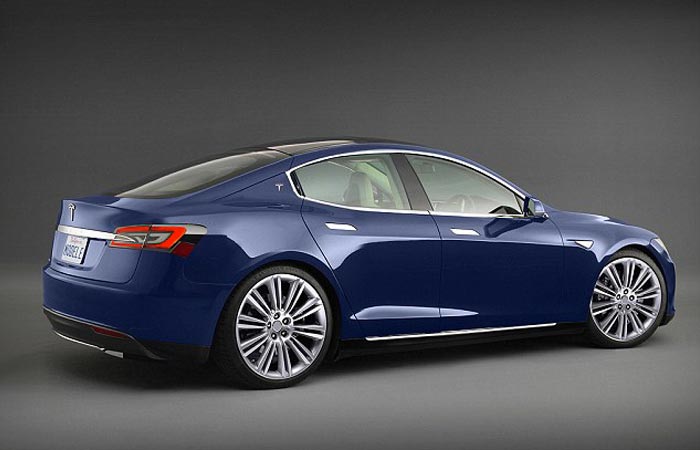 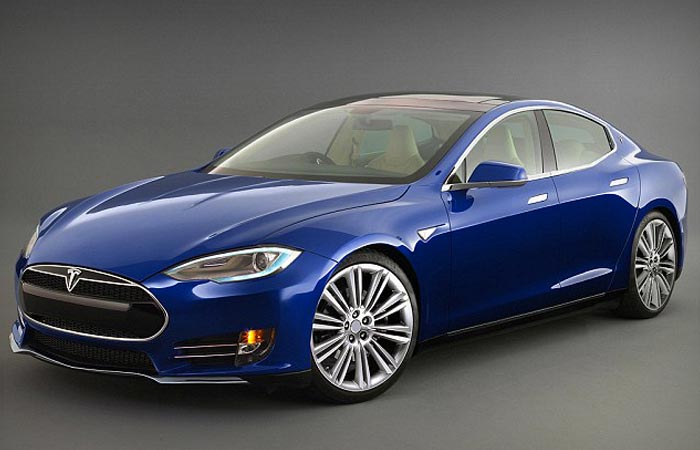