Mario Balotelli is one of the most famous soccer players in the world. He became very highly esteemed at a very young age even debuting for the Italian national team when he was only 19 years old. The soccer world expected a lot from the youngster. They got even more – some would say too much. This is exactly how we shall present him to you as well. First for his amazing sports skills and then for a bunch of scandals that emerged in time. Even if you do not know who Mario Balotelli is, you will after this series. Here are 30 things you probably did not know about the gem that Mario Balotelli is.

Born with a Life Threatening Disease 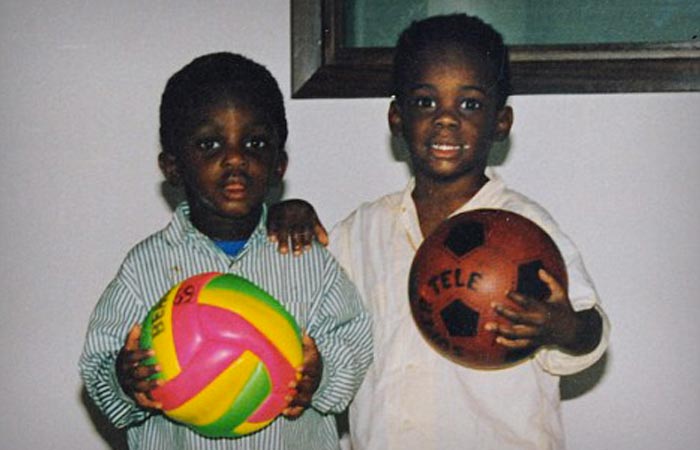 Mario Barwuah Balotelli was born on August 12, 1990 in Palermo, Italy, but his parents were both from Ghana. He was unlucky enough to be born with a rare and severely life threatening disease, but also strong and lucky enough to survive it following some delicate medical procedures including intestinal surgery. During this period he was placed into foster care with an Italian couple.

His soccer qualities quickly emerged and in 2001 at the age of 11 he signed a contract with a team named AC Lumezzane. Just five years later in April of 2006 his team faced Padova and, then 15 years old, Balotelli had his senior debut which resulted from the team getting a special permit to use such a young player.

Almost a part of FC Barcelona at Age 15 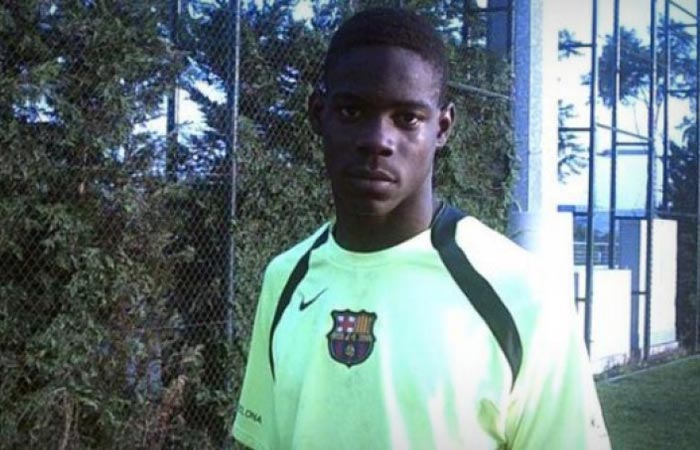 But Lumezzane were not the only ones who noticed his potential. During the same season he got an invitation for a trial at one of the best teams in the world – FC Barcelona from Spain. At the time 15-year-old Balotelli spent five days on the Nou Camp stadium and stunned everyone with his talent scoring eight goals which in turn led to negotiations of a move to the soccer giants. However, issues related to Mario’s Italian citizenship, which he did not have at the time, are said to be the main reason why Balotelli hadn’t become Barcelona’s player. 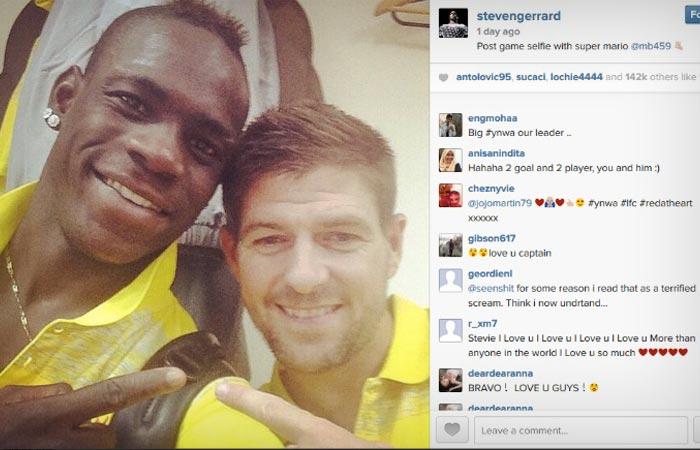 As his popularity grew Balotelli became increasingly present on social networks. His Twitter account is under the name @FinallyMario and it has more than 3 million followers interested in what the youngster has to say. One of his tweets even had a stunning 175.000 retweets. If pics and videos are more to your liking, you can become one of almost 1.5 million followers of Mario Balotelli on Instagram. That platform hosts him under the name @mb459. This, of course means that he’s on Facebook as well. Balotelli’s official page on Facebook threatens to reach an eight-figure amount of followers. These numbers alone should be enough for any marketing expert to know that Balotelli is a valuable acquisition. 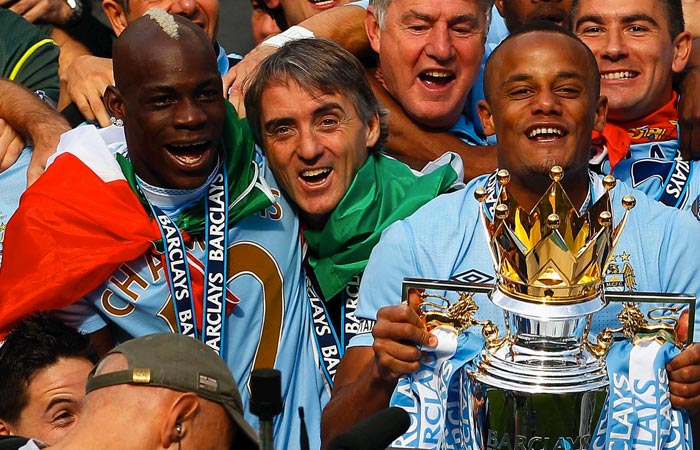 However, his primary job is playing soccer. By age of just 25 he has won seven major titles in the sport including the European Champions League, English Premier League and FA Cup, three Italian Serie A titles and the Italian Cup. His first title came in the season of 2007-08 with the win of the Italian championship. 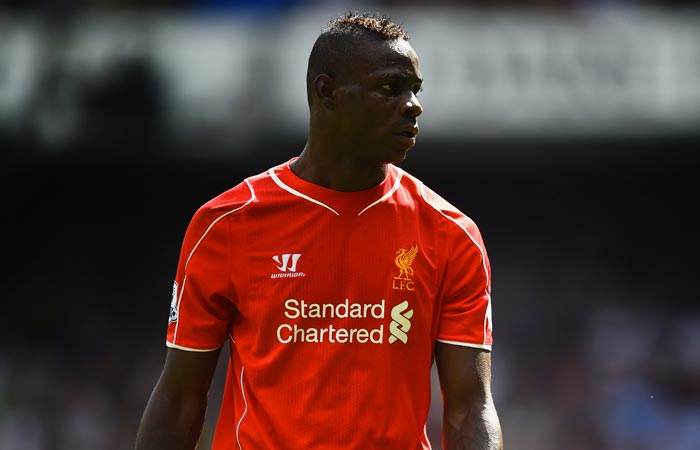 After Lumezzane and Inter, Balotelli played for Manchester City from 2010 to 2013 when he went to the famous Italian team AC Milan, Inter’s archrivals. Finally in 2014 he moved to Liverpool. His goalscoring record in AC Milan was more than outstanding with 26 goals in 43 appearances. At the moment, he has played 33 games for the Italian national team and scored 13 valuable goals. 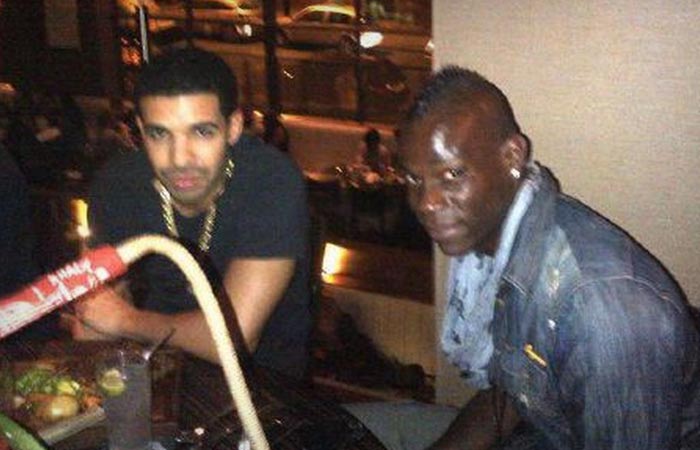 While he was playing in Manchester he formed a strong friendship and with the Canadian rapper Drake who performed in Manchester in 2012. The two had dinner together and continued to exchange messages publicly through social media. Drake even mentioned Balotelli in one of his songs urging him to try a few times while Balotelli dedicated his winning goal against the Mexican National team back in 2013 to the rapper.

Youngest Player to Score in the Champions League 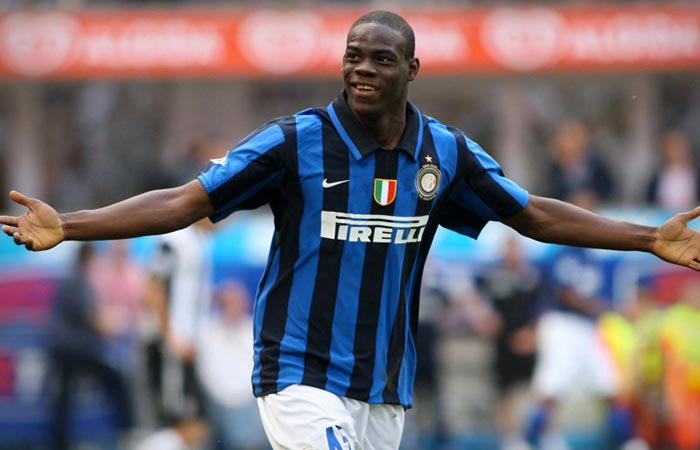 Similarly to being only 15 at the start of his professional career, Balotelli is also the youngest Inter player to score in the Champions League. This happened in November of 2008 when he was only 18 years and 85 days old. They played against Anorthosis Famagusta from Cyprus and the game ended in a draw – 3 : 3. Interestingly enough, the previous record holder was also from Inter. His name was Obafemi Martins and his record was 18 years and 145 days. 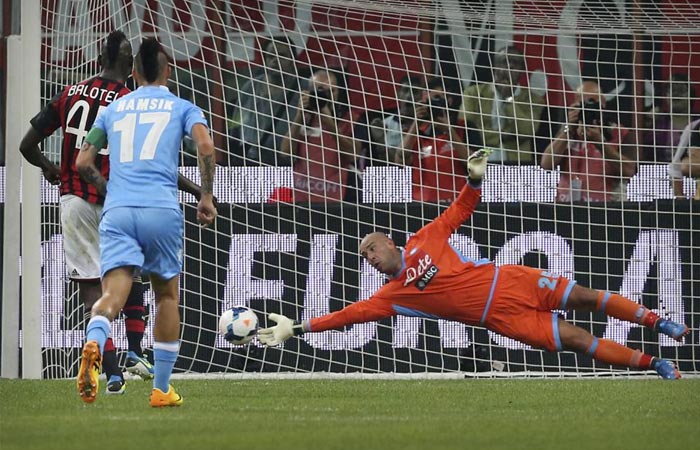 Mario Balotelli also used to be famous as one of the best penalty kick takers in the game. Until 22 September 2013 and seven years of professional career Balotelli had never missed a penalty having scored 21 of them. On this date he missed his first one which was saved by the goalkeeper Pepe Reina and his AC Milan lost the game to Napoli.

Declined to Play on the Ghana National Team 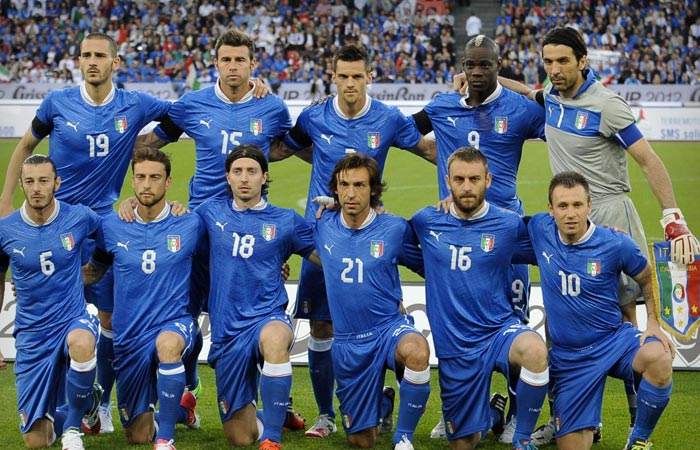 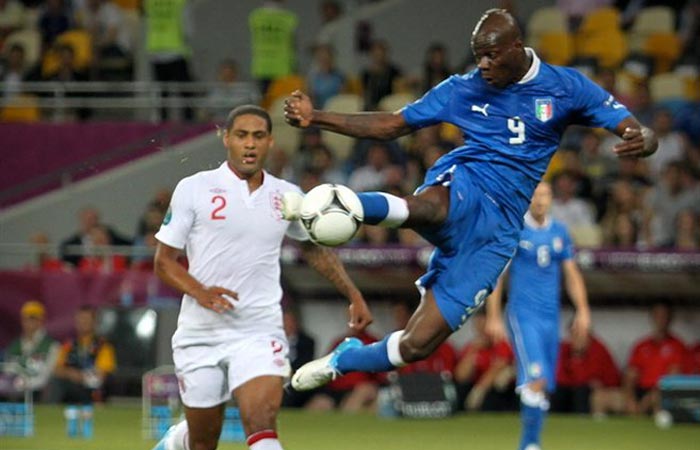 So far so good. Balotelli seems to be one of the best players in the game with a great future in front of him. But it’s not all that shiny. See what happens in part 2.