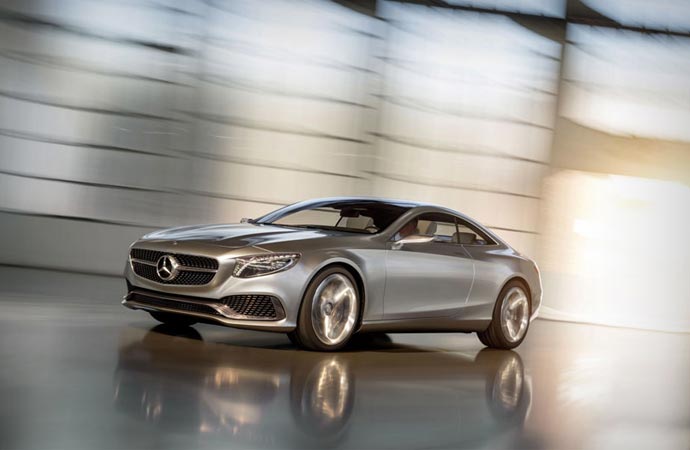 After a lot of talk and the 2013 Concept release we get to see the new Mercedes-Benz S-Class Coupe that is set to be released for the first time in less than 10 days at the 2014 Geneva Motor Show. Comparing the Concept, we have to say that it looks like there is not much new, but this is a very good thing.

First of all, even though the S Coupe might seem like a new thing for Mercedes, it is actually a continuation of the CL-Class, which was, in turn, preceded by the SEC which was – the S-Class Coupe version. So huge history behind this one as well. It is basically a lot better CL.

The new Mercedes-Benz S-Class Coupe is a wonderful mixture of coupe styling and features and renowned S-Class related innovations and prestige. Every S-Class model has been packed with the best things of its era but it has also presented us with loads of pioneering and ground-breaking inventions that have been changing automotive industry for decades. Mercedes-Benz would not allow themselves to toy with this reputation.

On the outside the 2015 Mercedes-Benz S-Class Coupe carries both heritages proudly. It is smooth, sporty coupe designed as a wonderful whole, but also very elegant and high-class which every S-Class has to be. From every side the lines look harmoniously smooth and easy-flowing, with occasional hints of aggressiveness such as sharper side accents. Subtle, but enough to make it distinctive and true to its real nature. 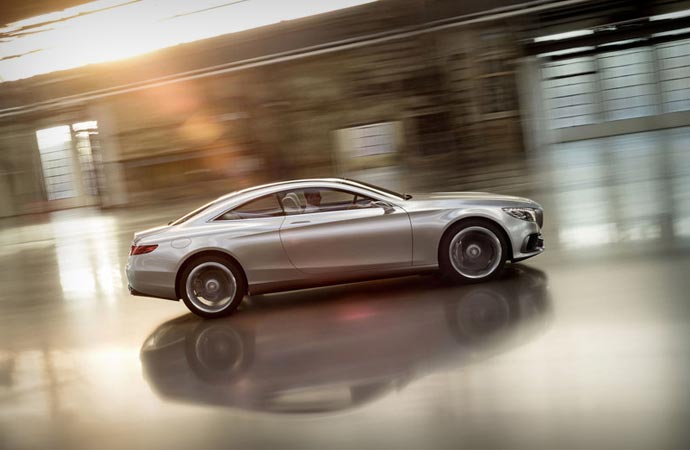 On the inside, the S-Class Coupe is clearly based on the S-Class sedan version. However, being a coupe, it was bound to have some sporty extras, such as metal trim and various optional features which are so numerous that they can make your car truly unique. Infotainment system and touchpad familiar from the high-end S65 AMG come as standard as does the 2/3 panoramic sunroof with Magic Sky Control technology that manages the transparency, while the head-up display comes as an option.

Of course there are loads of innovative features in this car as well. The most prominent one is the Active Curve Tilting Function which leans your car up to 2.5 degrees when it detects that you are coming to a curve thus reducing lateral acceleration. A neat little motorcycle-resembling feature. 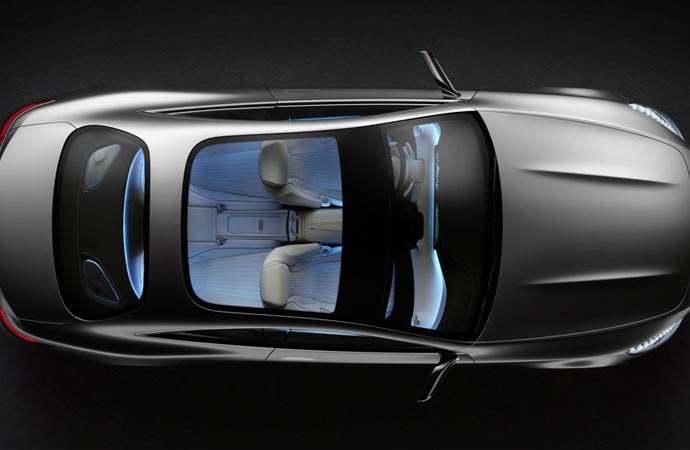 The only engine that has been announced so far is the 4.7l twin-turbo V8 producing 449hp and 516 lb-ft of torque while the transmission is the also familiar 7-speed automatic.

This is only the first view of the new Mercedes-Benz S-Class Coupe and it is already amazing. List if innovations and optional features will make it even more special. The previous CL-Class was a strong competitor against the likes of Aston Martin DBS, BMW M6, Ferrari 612 and the Continental GT, but the S-Class Coupe is supposed to be superior to the CL, which means that it is expected to lead the way in terms of innovations, elegance, luxury and design in its class much like the S-Class sedan does in its. Big job, but the Mercedes-Benz S-Class Coupe seems ready for it. 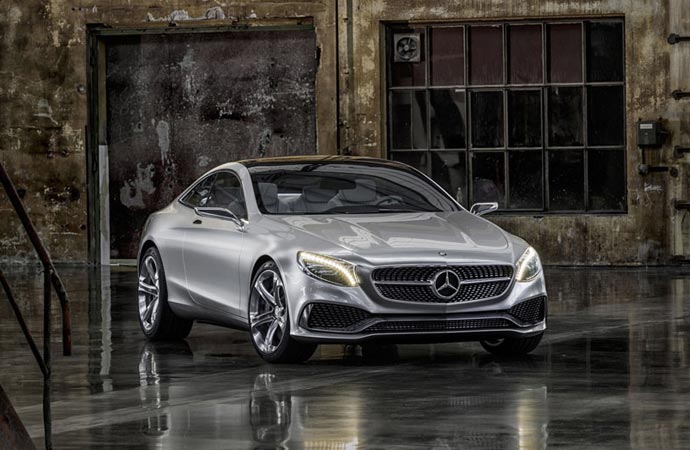 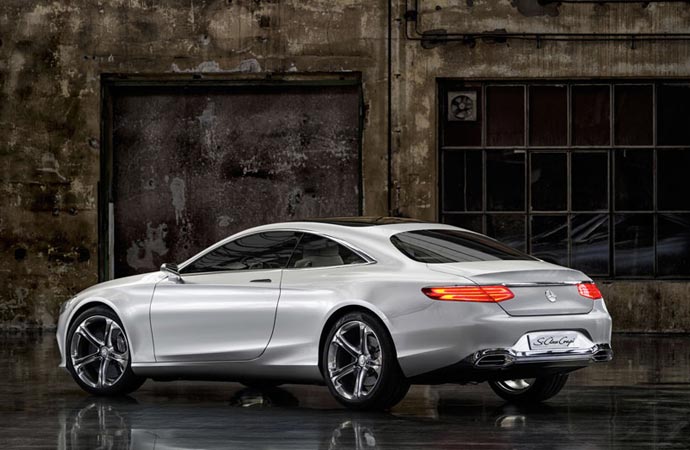 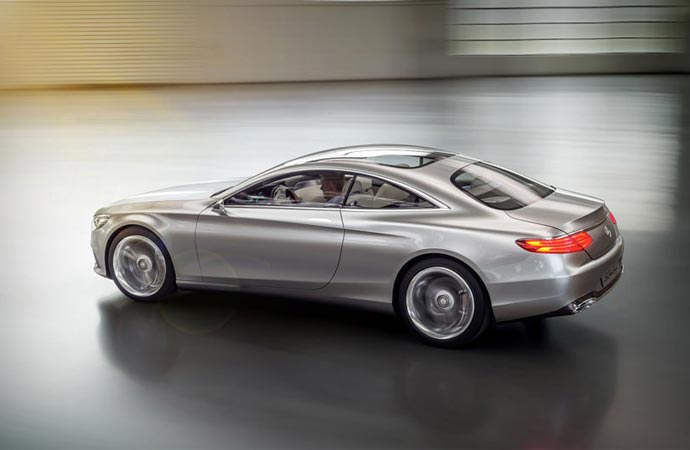 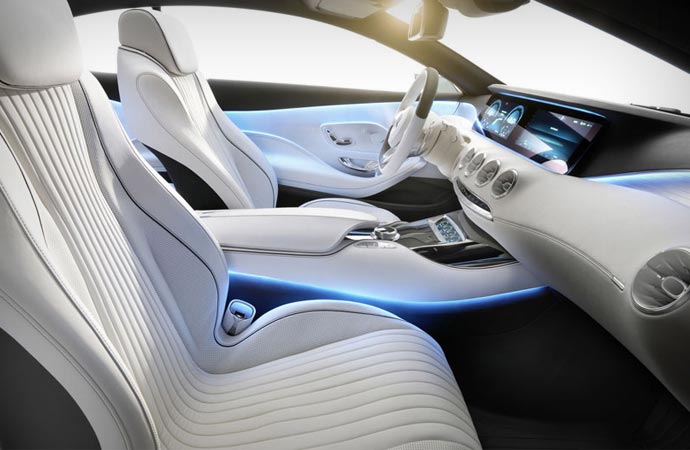 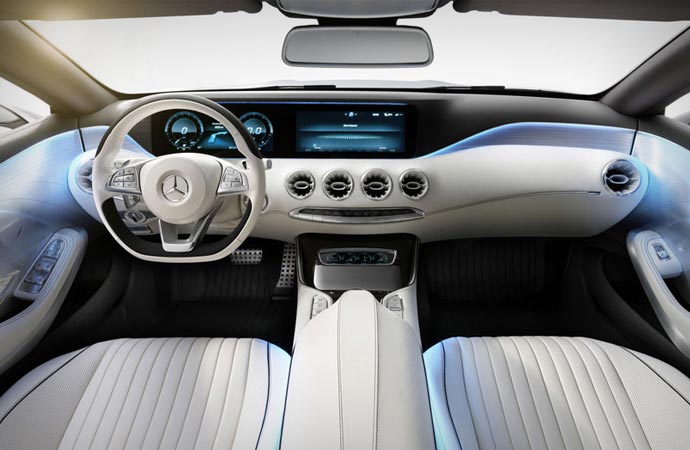 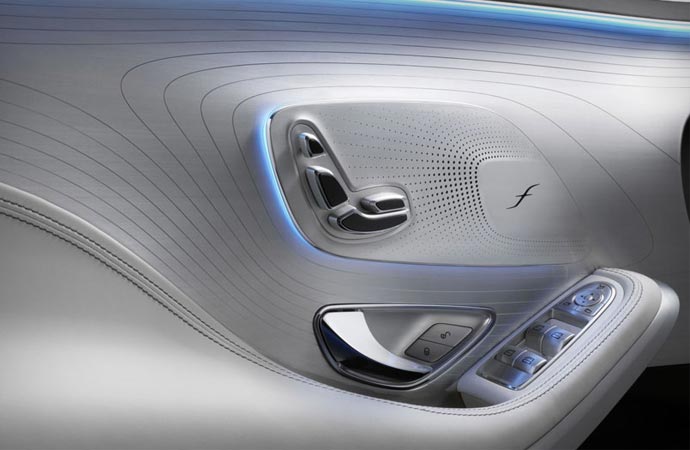 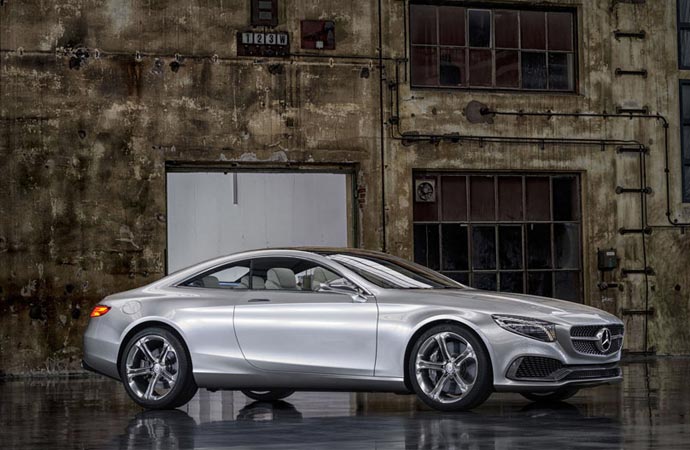