Land Cruisers have been around for quite some time. They are known for their reliability, power, and classic looks. Not to mention that they can easily be compared to the legendary Land Rover. Well, this particular 1981 Toyota Land Cruiser FJ45 has a pretty interesting story to go with its customization.

This particular FJ45 Troopy has quite the history. Having served in the Columbian National Guard, a national university, and a foundation for troubled teens, it has seen much through its lifetime. Now, it’s found its home on a Texas Ranch, customized to the owner’s specs. 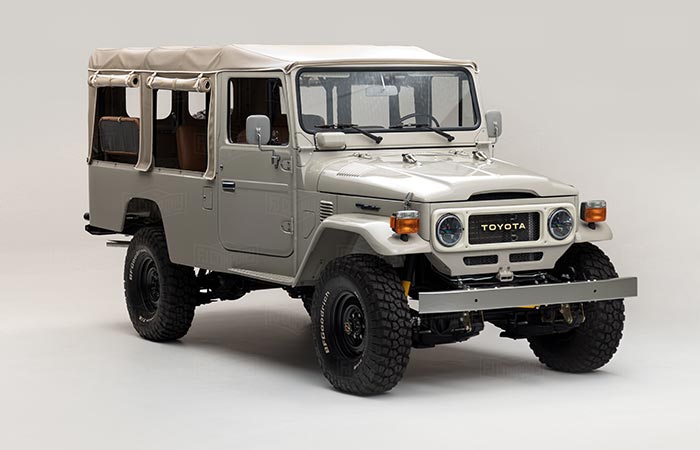 Keeping true to the original 1981 Land Cruiser’s legendary looks, the FJ Company decided to only make a few select modifications.

Firstly, this FJ45 was given a full frame-off restoration by the FJ Company. It has also been given an engine upgrade. Underneath the hood, you’ll find Toyota’s most powerful F series engine, in the form of the 3F engine. The engine has been coupled with an automatic gearbox for smooth cruising on the road or off-road. 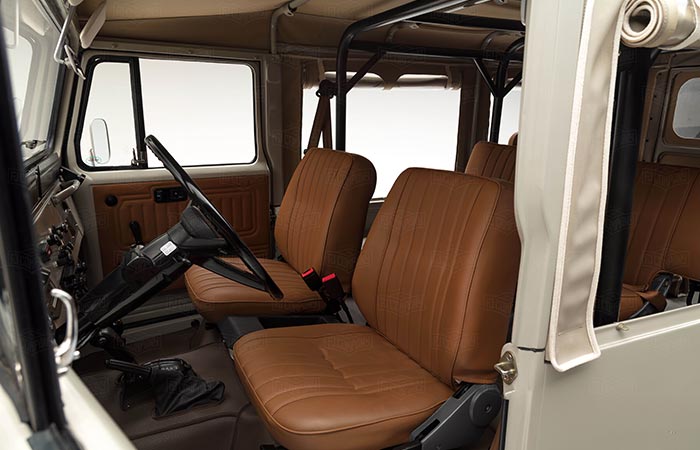 All the seats had been trimmed in Tan vinyl.

The Troopy already has a classic look, so the FJ Company only made certain specific modifications to it. This includes a Toyota OEM Beige exterior paint scheme, and a customized soft top. The lighting has also been upgraded and every emblem is a new, original version. 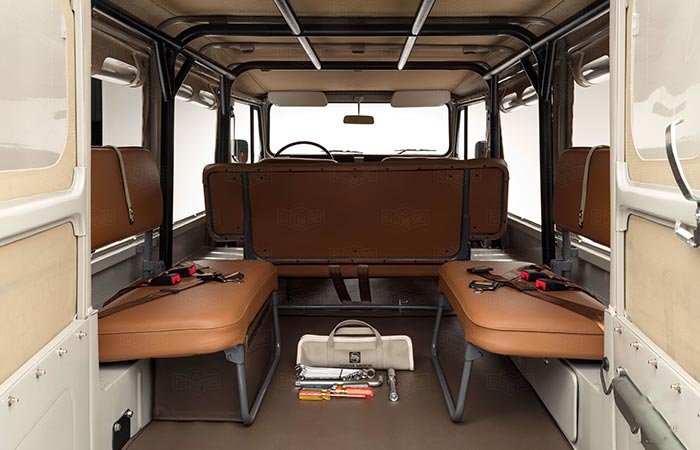 The two fold down bench seats in the rear can also be folded up for the addition of a huge cavernous space.

The interior of the cabin features front bucket seats that are trimmed in Tan vinyl. The same trim has been applied to the second-row bench seats, and the two fold-down seats in the back. It has also been outfitted with modern air conditioning, and crystal clear audio.

The FJ45 Troopy also features a 3F engine upgrade that has been coupled with an automatic gearbox. [via] 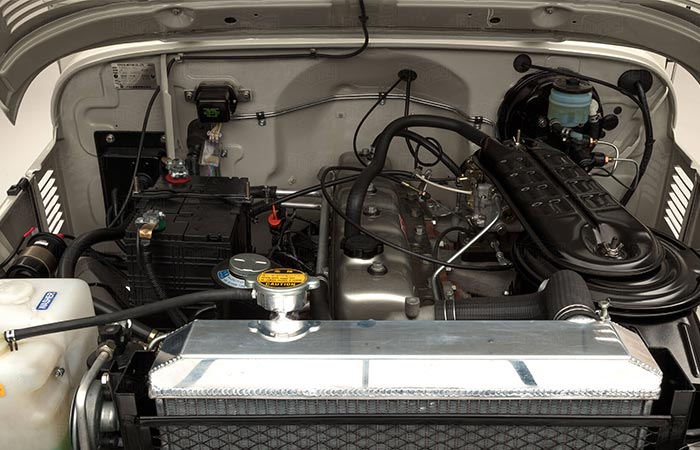