33 Year Old High-Stakes Poker Player, Venture Capitalist, Risk Taker, recent Actor and undoubted Playboy King with a net worth of a staggering 100 million dollars it’s easy to see why everyone is talking about and infatuated with Dan Bilzerian.

He’s an icon, a force to be reckoned with and definitely someone that should be respected. Rivers of money, sizzling hot women, once in a lifetime parties, gold-plated guns, fast Italian racing cars that would leave any man drooling over the pavement are what surrounds the bearded Dan. No wonder why he’s Instagram’s “Most Interesting Man”.

Here’s 10 things about Dan Bilzerian that you didn’t know but should know. 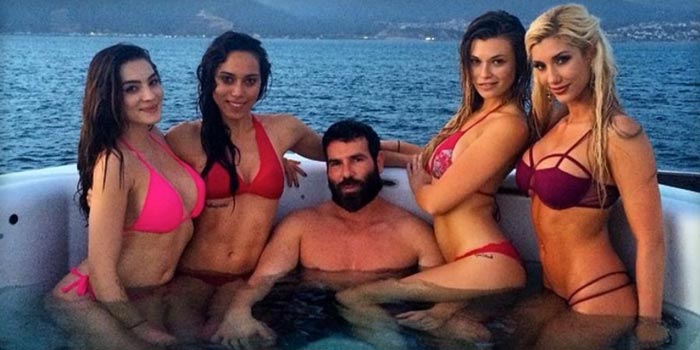 MR. Bilzerian in the company of a few lovely ladies

He’s the self-proclaimed Bill Gates of poker playing and having won over an astonishing 50 million dollars through poker playing alone, and with a notable win of 10.8 million dollars in a single night, it’s no doubt that he truly is the Bill Gates of poker. However, for Dan it’s not about the money or the cars. He says, “It’s all about the freedom and being able to do whatever it is that you want to do.”

2. He was arrested in his senior year 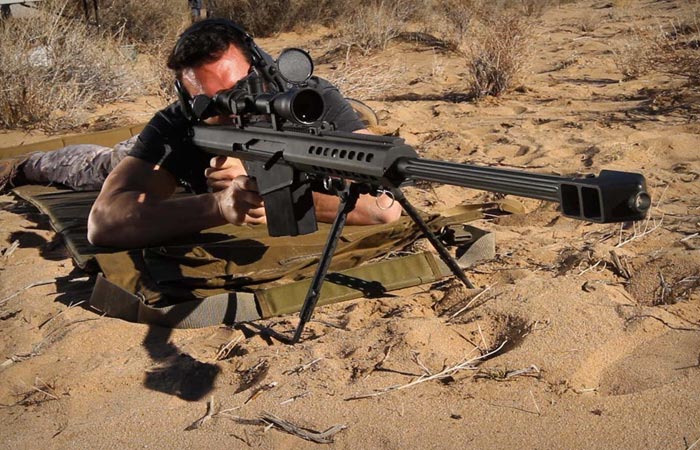 Bilzerian is an avid gun enthusiast

He was arrested in his senior year for having a machine gun in his car on school property. Always for the love of the guns, isn’t it Dan? He owns 97 guns and has a loaded gun on display in every room of his mansion in Hollywood Hills that he leases for 35,000 dollars a month from Ngit Liong Wong that happens to be one of Singapore’s richest men.

Update, Wed Sept 24, 2014 – It looks like Dan Bilzerian has been arrested according to this video.

Update, Monday December 10, 2014 – It looks like Dan Bilzerian has been arrested at LAX for assaulting Vanessa Castano or for planning to make explosives according to TMZ. No bail has been granted. 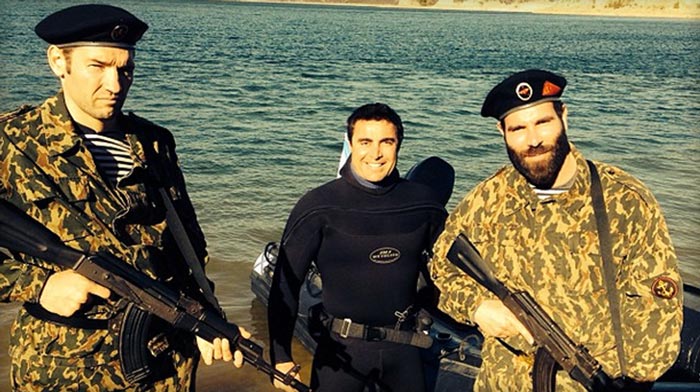 Bilzerian during his days in the Navy

He was enlisted in the Navy for 4 years where he spent 510 days going through gruelling Navy SEAL training but a few weeks before graduation he got kicked out of the program after having a dispute with one of his administration officers which lead to him being honourably discharged. He then enrolled in the University of Florida where he majored in Business and Criminology.

He has had 2 heart attacks before the age of 30 and it’s no surprise why he lives his life to the fullest and seizes every moment. After 5 days of partying, snowboarding, gambling, crazy sex, sleep deprivation, consumption of cocaine and the introduction 200 milligrams of Viagra, Dan had his first heart attack on the 4th day and while he was in hospital he was treated by Michael Jackson’s doctor -Conrad Murray- who coincidentally treated Dan’s grandfather a year prior where he passed away from a heart attack in the same hospital. 12 hours later, Dan had his second heart attack in the hospital but luckily he survived and after 2 weeks of recovery, he was as fit as always.

5. There for his friends

Dan once invested 2,000 dollars in his personal friend and fellow poker player, Jay Farber-nicknamed “Panda”, who finished second in the 2013 WSOP Main Event and scored 5.1 million dollars of which he gave Dan 1 million dollars and a goat in return for his 2,000 dollar investment. Dan said that he can’t just have one goat so he got a second and now he’s the proud owner of two goats which he says are “pretty awesome animals.” I couldn’t agree more and come on, owning a goat would be awesome!

Update, Thursday, October 29, 2015 – Is Dan Bilzerian’s money actually clean? Check out this story that suggests where Dan’s money comes from.

No one can argue Dan is very successful in playing poker and made a ton of money out of it, but he was rich long before that. There is a link between his wealth and his father, quite a controversial character.

When you have the money to begin with, it is easier to make even more. You can invest it and make a fortune, and from that point it all goes in circles. Dan wouldn’t be what he is today without his talent to play poker, we give him that. He was able to go from broke to selling his guns and getting $750 that he later turned into $10,000, and in a single day went to Vegas and made $187,000. Quite impressive!

But what is questionable about Dan’s wealth is how clean was the money he first had? In the 90s, he did inherit some money from his dad. That wouldn’t be such a big deal if his dad’s wealth wasn’t a huge problem back in the 90s, and still is today. As new facts about his family’s wealth appear, it gets even more confusing to understand where does Dan’s money come from. 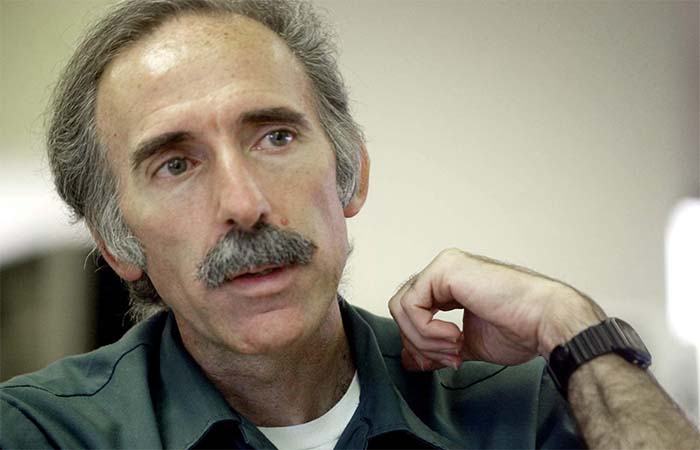 Dan’s father, Paul Bilzerian, was a corporate raider, and a very successful one. He made a fortune in the 80s and New York Times described him as ‘a takeover artist’ and ‘practically born to be a corporate raider’. At that time, it was said he had a promising future. But it actually turned out to be quite the opposite. In 1989, Paul Bilzerian spent 13 months in prison after being convicted of fraud. He later filed for bankruptcy and within years he owned the SEC $62 million.

So did he pay it back? Most certainly not. In the years that came, Paul made all the efforts to hide his assets from the SEC and made them believe he didn’t have any money left. What came next was a game of trying to locate his wealth. The game gets very interesting and it continues even today.

Paul used all possible ways, including claiming bankruptcy, transferring assets from one place to another, involving series of corporations and companies, offshore accounts, and even his family. He made sure to find every single loophole and legal setback to avoid the debt. One judge even called his tactics “shenanigans”. 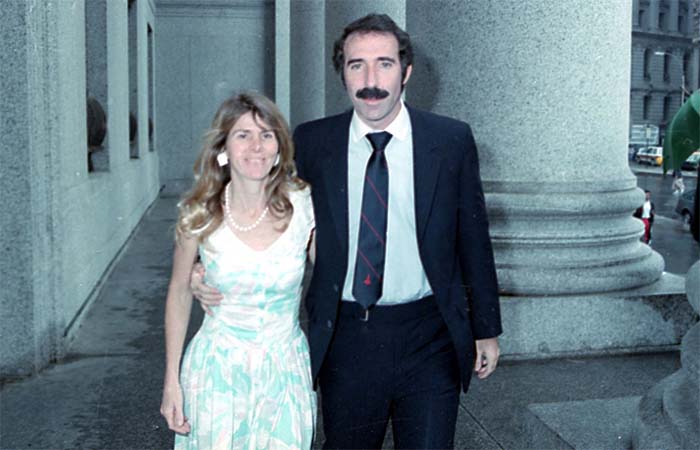 Dan’s parents on the day his father was conviced of fraud. [source]

To this day, Paul has paid only $3.7m of the $62m. And he has no intent to pay it. Every time the SEC gets closer, Bilzerian family finds a way to make it even more complicating. Paul once said: “I would rather starve to death than earn a dollar to feed myself and pay the government a penny of it.” We can surely see that. Now, he and his wife live in St.Kitts, in the Caribbeans, in a place owned by their son Adam.

Latest News in the life of Dan Bilzerian 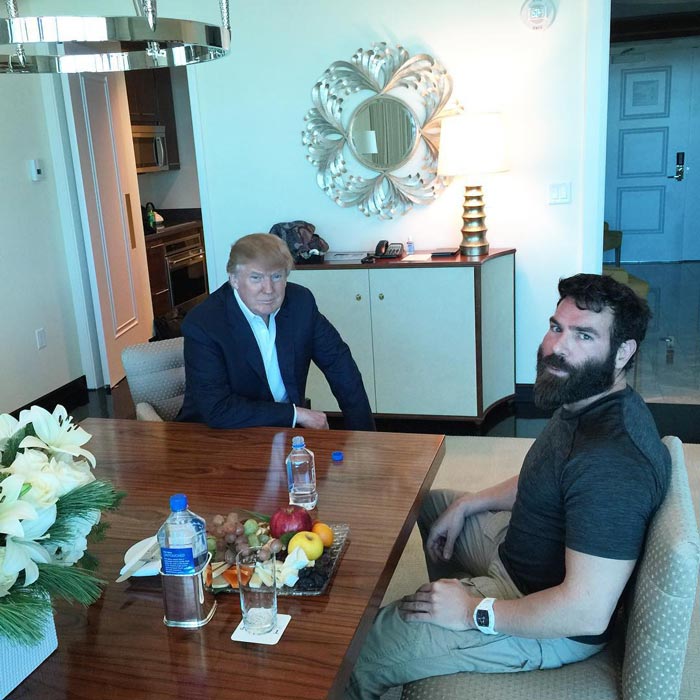 Dan Bilzerian has always been anything but shy about his love of guns and firearms in general so it makes perfect sense for him to endorse the presidential candidate that shares almost the same views about gun control or lack of it, for that matter. The presidential candidate in question (you have probably guessed it by now) is Donald Trump. Dan met with Trump at the Trump Tower a few days ago and following the meeting he had the following to say on his official Instagram page: “In an age of pussified political correctness, you have to respect the people who remain unfiltered (Donald Trump).”

Bilzerian’s interest in politics may come as a surprise to some given his lifestyle choices but claims that he is “super-political” and that he likes Trump because “he is pro-gun, speaks his mind and is not politically correct”. Although he doesn’t seem very comfortable talking about politics, he is quick to point out that he is more of “a constitutionalist libertarian” who firmly “believes in the Constitution”.

The political collaboration between Bilzerian and Trump seems a natural one. Firstly, they both share the same stance on an individual’s right to bear arms. After all, Bilzerian’s firearms collection is probably one of the biggest personal collections in the US. On his Instagram page, he regularly posts videos of himself firing 50-caliber automatic rifles as he rides in the back of one of this many trucks. Trump has been quite open speaking about his view of gun control. “Law enforcement is great, they do a tremendous job, but they can’t be everywhere all of the time. Our personal protection is ultimately up to us. That’s why I’m a gun owner, that’s why I have a concealed carry permit”, he said about the issue. 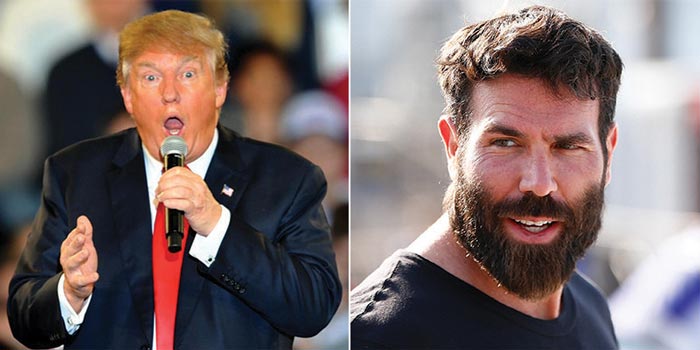 Trump’s opponents say that he is just trying to ‘cash in’ on the fact that Bilzerian has a huge Instagram following (14.7 million) and that he is somewhat using Dan to reach out to the non-traditional Republican voters. However, the two man do share quite a few other similar traits – they are both quite rich, have flamboyant (some would say over-the-top) personalities, they like to flaunt their wealth, they are very outspoken and, well, there isn’t much for them to reveal.

As for Dan’s fans that Trump is supposedly trying to reach out to? Well, they are divided over Bilzerian’s semi-endorsement of Trump. Some are supportive but quite a few of them are questioning Dan’s choice and even going as far as saying that he has lost their respect and should stay clear of politics. Regardless of the outcome of his support for Trump, we are sure that being questioned and criticized is something that comes naturally to Bilzerian and that it won’t have much effect on his “take-no-prisoners” choices.

To learn more about the possible background of Dan’s wealth, check out our story – Is This The End For Dan Bilzerian?

This is the end of our first part in this two part series. Keep your eyes peeled to Jebiga.com for some great posts and more info on the iconic, Dan Bilzerian. watch video below.