Welcome back! Here’s the second part and continuation of our Dan Bilzerian special. Are you ready to have your mind boggled?

Or, to see why Dan will stay an icon of the Playboy world, the Life of the Party, the avid Risk Taker that we have come to know and love him for?

Then this is the post for you and be amazed as we continue on part two of 10 Things You Didn’t Know About Dan Bilzerian. 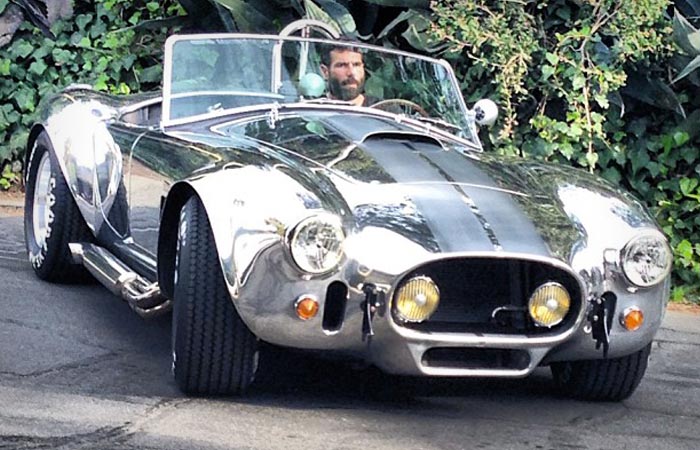 Being the avid race car enthusiast that he is, Dan once made a mind-blowing 400,000 dollar drag race wager against fellow enthusiast and Supreme Court Litigator, Tom Goldstein. Goldstein with his 2011 Ferrari 458 Italia and Dan with his ‘tricked out’ 1965 Shelby 427 Cobra went head to head in this high risk, one-of-a-kind quarter mile drag race that left everyone’s palms sweaty and tensions strung through the air. Dan won the race clocking in at 10.74 seconds and a top speed of 132.88 miles per hour. Goldstein lost the 400,000 dollar wager with a final time of 11.54 seconds and a top speed of 121.97 miles per hour. This was definitely a great win for our man, Dan Bilzerian.

7. He’s an Actor and Stuntman 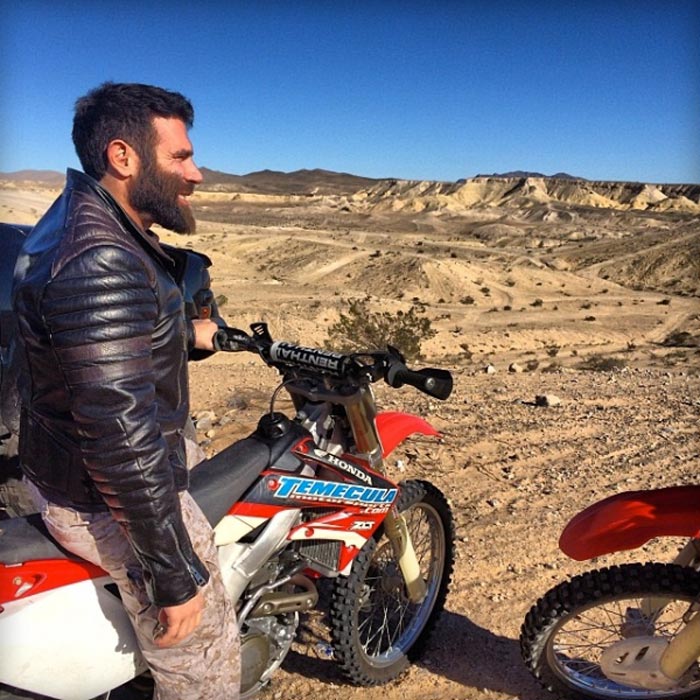 Bilzerian dirtbiking in the desert

Dan has become a recent actor and stuntman as well. Having roles in the 2013 movies “Lone Survivor” starring Mark Wahlberg and “Olympus Has Fallen” starring Gerard Butler where he doubled for Butler’s stunts. He also had roles in the 2014 movies “The Equalizer” starring Denzel Washington, “Cat Run 2” and “The Other Women”. Dan also pushed 1 million dollars into the production of the “Lone Survivor” as a trade for a role in the movie as “Sr. Chief Dan Healy” that the producers promised would have at least 8 minutes of screen time and 80 words; this contract was breached and Dan only appeared in the movie for less than one minute with only one line. The conclusion is that Dan is busy suing the producers of Peter Berg’s “Lone Survivor” for the original 1 million dollars plus a 20 percent penalty fee.

8. He’s Bailed his Father out of Jail

Whilst enlisted in the Navy Dan once had to bail his dad, Paul Bilzerian-who was a prominent take-over specialist in the 1980’s, out of jail by signing over a third of his trust fund. His dad wasn’t very impressed with that and didn’t speak to Dan for 8 months and in Dan’s own words, in regards to his father, he says, “He was a man of principle.” 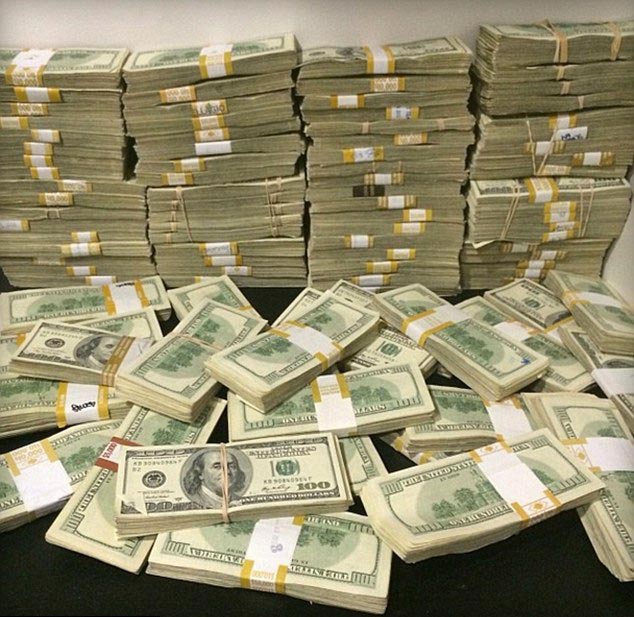 Dan undoubtedly has an altruistic streak as well that few people ever see because of the image that he portrays. In 2013 he started “The Robin Hood Project” whose aim is to give back to the needy but only in 10,000 dollar installments at a time to avoid taxes in America. He has also helped a woman that lost all her limbs to make her home more handicapped accessible. 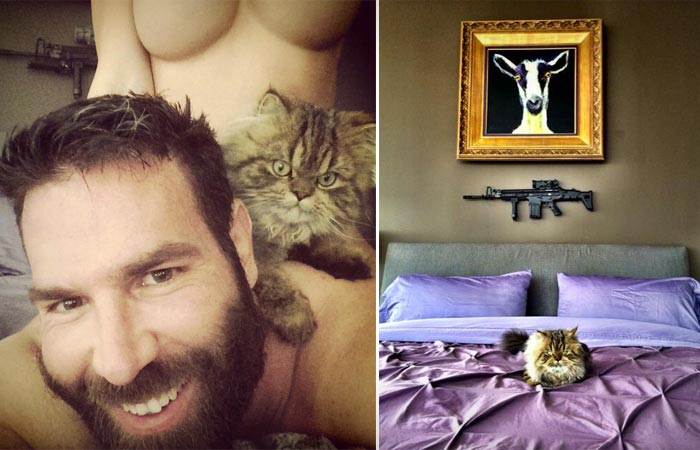 Dan Bilzerian, built like a tank, chick and money magnet to the max, risk taker and gun fanatic by nature, ironically, along with the two goats, owns a cat called, “Smushball”. Who would’ve ever thought that Dan would be a the cat kind of guy but hey, Smushball is adorable and that I can’t contest. 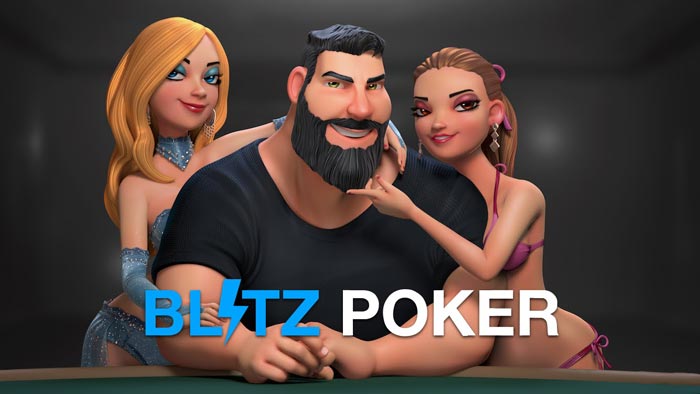 We all know that our favorite Instagram celebrity lives a lavish lifestyle; fast cars, beautiful women, loads of guns, private jets, wads of money in his back pocket and even more in the bank. He lives the life that many of us crave. However, we bet that you didn’t know that an app for your smartphone called ‘Blitz Poker’ has just been released that allows you to experience a small snippet of what it’s like to be Dan “Blitz” Bilzerian.

Being awesome at Poker is how Dan Bilzerian made approximately $50 million of his fortune but now, with ‘Blitz Poker’, you can experience the same rush that Dan feels every time he holds a winning hand. ‘Blitz Poker’ is a play-money game and Dan even offers a $10,000 starting bonus and another $10,000 if you connect to your friends via Facebook. It features the Authentic Texas Hold ‘Em experience and you can also play a variety of other styles like Sit n’ Go, Tournaments and if you’re a bit more of the secretive type, you can smash the Poker tables anonymously in ‘Guest Mode’.

Not a poker player? No problem! We did promise a “Lifestyle Simulator”, after all. Mini-games that are featured in the ‘Blitz Poker’ app include shooting drones down in the desert with Dan and if you prove yourself to be a crack-shot, like Dan, you will unlock a myriad of other mini-games that include undoing bra’s, driving his truck full of half-naked babes, aiming dollar bills at a strippers G-string and well, the rest are a secret that beckon you toward them.

‘Blitz Poker’ is compatible both with iOS and Android and if you ever wanted to experience what it’s like to be Dan Bilzerian, you should definitely get ‘Blitz Poker’ on your smartphone straight away.

Well, there’s 10 things you didn’t know about Dan Bilzerian; I hope that you enjoyed getting to know him better as much as I did and keep on watching since Dan will definitely be leaving us stunned in the future. watch video below